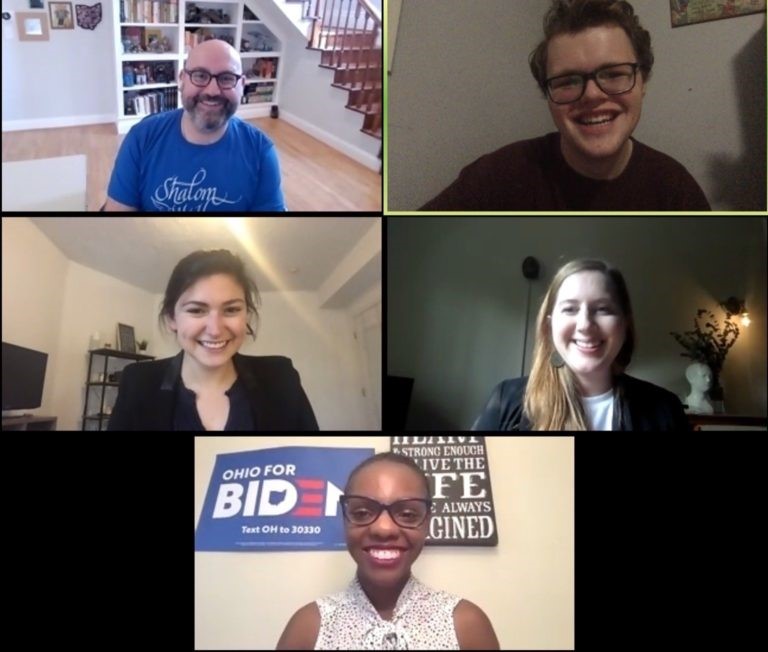 (COLUMBUS, OHIO) - Ohio House Democratic Caucus (OHDC) Staff in Columbus have made history by joining United Food & Commercial Workers (UFCW) Local 75 and ratifying one of the first contracts by a Statewide Caucus in the country.

The new Members of UFCW Local 75 joined UFCW for the better wages and benefits that come with a Union Contract.

After the seven Workers signed Authorization Cards, the leadership at the OHDC chose to voluntarily recognize the Unit and began negotiations.

The new Members unanimously ratified their first Union Contract, which has been in effect since the beginning of July.

“Coming together as a Staff, ‘being recognized, and having a first of its kind contract shows that the elected leaders we work for truly believe in the power of Unions, Working Families and restoring the Ohio Promise,’” OHDC Digital Organizer Hunter Patterson said.

Ohio House Minority Leader Emilia Strong Sykes said: “As Ohio House Democrats, ‘we support the rights, safety, benefits and efforts by Unions to build and strengthen our Middle Class.’  This ‘includes’ the Campaign Staff ‘who we rely upon to help deliver the message of our shared values during the campaign cycle.’  We are ‘committed to showing our support for’ Unions and the UFCW because Labor ‘is dedicated to all of our communities.’  UFCW Workers ‘have been on the front lines during the coronavirus pandemic and we want to stand with them now and in the future.’”

“Most Campaign Workers ‘sign up because they believe in the cause put forward by a particular candidate or organization,’” UFCW Local 75 President Kevin Garvey said. “Unfortunately, because there is always more work that can be done in the short life of a campaign cycle, Staffers ‘are often worked to the bone.’  ‘But it doesn’t have to be this way.’  ‘Even political work must be subject to minimum standards.’  I ‘congratulate’ our Members at the Ohio House Democratic Caucus.”

“This was a ‘model experience in every respect,’” Garvey added. “First, Ohio House Minority Leader Emilia Sykes ‘walked the talk on Unions, agreeing to a truly Democratic process - neutrality and Card Check - that every responsible employer should embrace.’  Then, Leader Sykes and the Caucus ‘engaged in good faith bargaining, recognizing that it’s in their own interest to have well-treated Employees empowered to operate at the top of their games.’  ‘I urge every other campaign and political organization to follow their lead.’”