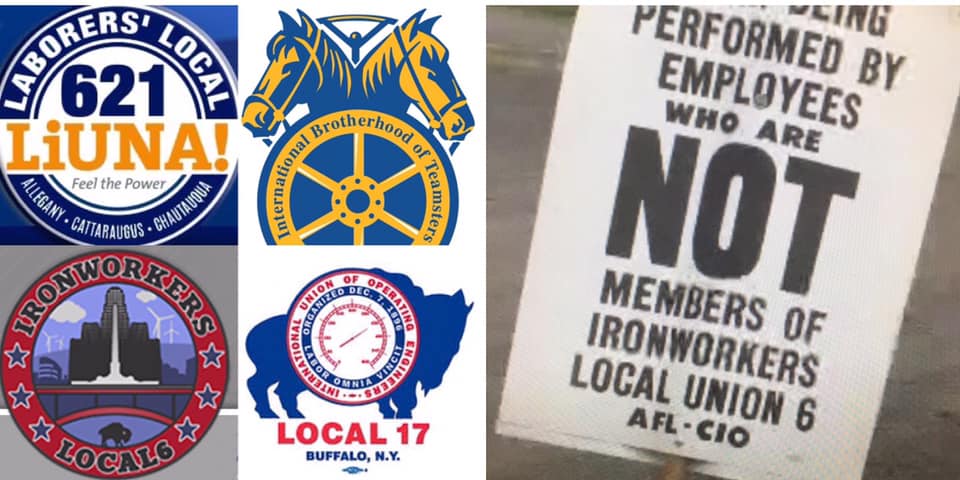 (CHARLOTTE, NEW YORK) - Some might argue that 30 jobs weren’t worth the time and effort spent to make sure they were filled by local Workers, but if not for four Unions - who showed us why Union Solidarity works and how important it still is, those jobs would still be filled today by out-of-town Workers employed on a major wind farm construction project in Chautauqua County.

Three Building and Construction Trades Unions had been picketing the site - Laborers Local 621, Ironworkers Local 6 and International Union of Operating Engineers (IUOE) Local 17, over the use of out-of-town Workers when one day earlier this month the Drivers of as many as 12 cement trucks declined to drive their vehicles through the picket line.

The Drivers, represented by Teamsters Local 264, said they would do no such thing. 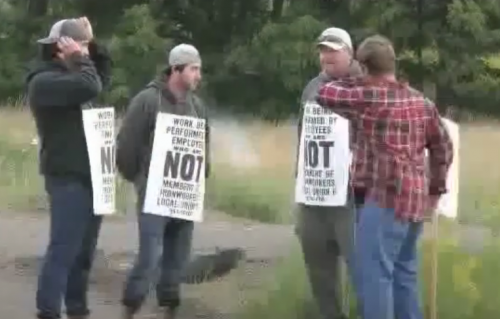 Then, just hours later, the Trades’ Unions had an agreement that called for 30 Workers – about 10 each from the Laborers, Ironworkers and Operating Engineers, being hired on the project, replacing the out-of-town Workers who’d come into the area and taken those local jobs away.

“It ‘takes all of us.’  ‘We all worked together.’  ‘It’s a nice feeling and I’m proud of what we did.’  ‘It’s a really good feeling that we all stuck together,”’ Laborers Local 621 Business Manager Ed Giardini, Jr. told WNYLaborToday.com.

The Southern Tier Laborers Local not only picketed the site with its Members, but also paid for a radio campaign that targeted the Chautauqua County Legislature and the County Industrial Development Agency (IDA) for its decision to allow out-of-town Workers to come into the area and take away the construction jobs that should have been filled by local Workers.

“Local people ‘need work too,’” said Giardini, who told Your On-Line Labor Newspaper.  “We ‘live here and we pay our taxes here.’”

RWE Renewables, which is constructing the Cassadaga Wind project, states on its website the project is being built on mostly agricultural and recreational land and will include 37 turbines when completed, according to a news story published in The Dunkirk Observer.  Once built, the project will generate sufficient clean energy to power over 51,000 homes, the newspaper said.

“This was a ‘big’ deal.  It was ‘huge’ (sticking together and showing Union Solidarity) ‘and I’m proud of it,’” Ironworkers Local 6 Business Manager Tom Halligan told WNYLaborToday.com, adding his Members are now working on the Wind Farm Project. 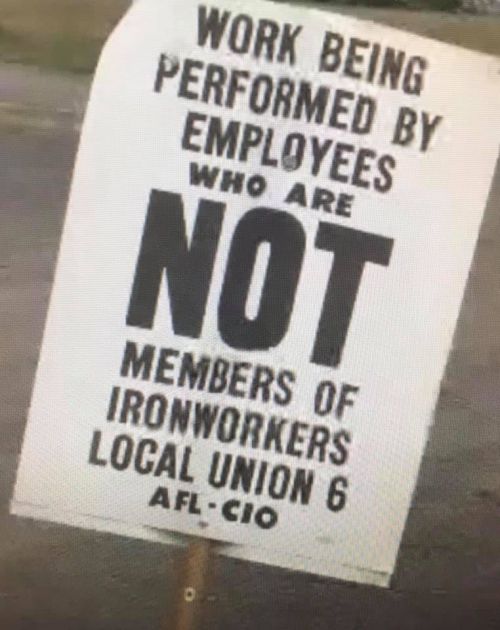 “There were license plates on cars (owned by the out-of-town Workers) ‘from Utah, Texas.’ There are people in this area ‘who are not being (employed on projects like this) and we got our message across.’  There’s ‘a lot of overtime on that project and people are working there six to seven days a week,’” Halligan said.

Teamsters Local 264 Business Agent Tony Vaccaro put it this way: “I’ve been a Union Member for (39) years and been on a number of picket lines.  ‘A line is a line.’  Our Members ‘don’t cross’ picket lines.  ‘What you do - that’s what makes it work.’  ‘This doesn’t happen without Union Solidarity.’  ‘Those guys out there showed what they can do.’  ‘They fought for more jobs.’  ‘I’m very proud of our guys and kudos to our Members’ (who declined to drive through the line).” 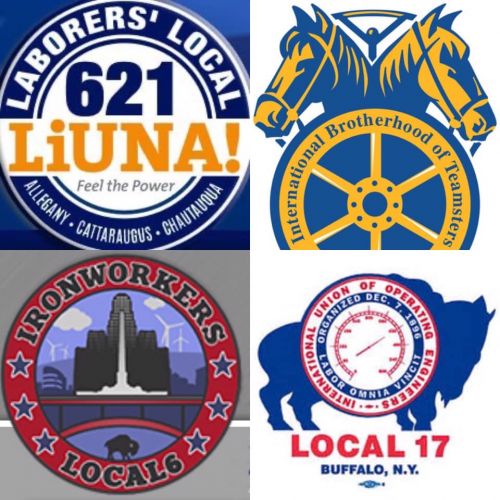 “We’d ‘been fighting for this project to happen for six years, going to public hearings in an effort to make sure the project happened and that local Workers got those jobs,’” IUOE Local 17 President Bill Fekete told WNYLaborToday.com.  “It was ‘great to see that happen.’  The Trades ‘stood behind one another.’  ‘It’s what Unions are all about.’  ‘This was absolutely a great example’ (of Union Solidarity).”

Local 17 Business Manager Gary Swain said: “After all those years of ‘trying to make sure the project got approved,’ we were saying: ‘What the hell are you trying to do to us?’  Looking back now, ‘it sounds kind of corny, but we all stood up and I could not be more proud.’  ‘We stood shoulder to shoulder.’  ‘We fought for what was right.’  ‘And, we made it happen.’” 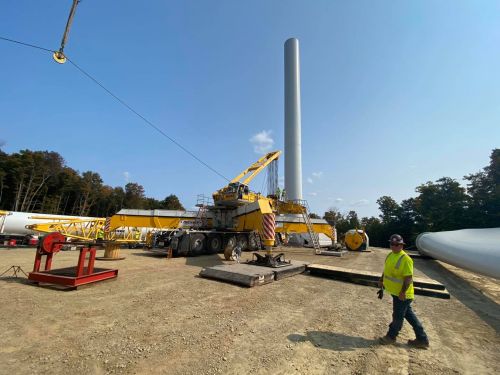 “This was a ‘fine example of a collaborative effort,’” Local 17 Business Agent Mark Printup told Labor Leaders attending the September meeting of the Niagara-Orleans AFL-CIO Central Labor Council, which WNYLaborToday.com attended and initially learned of this great example of Union Solidarity.  “The job ‘had gone bad and the company came to regret it.’  ‘We stood together and got (30) jobs.’”