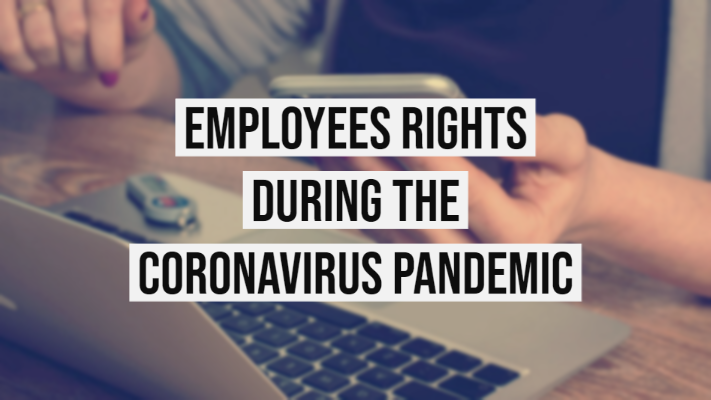 Among the many issues facing employers has been the filing of various Unfair Labor Practice (ULP) charges around the country.

The National Labor Relations Board’s (NLRB) General Counsel recently issued a memorandum providing a summary of several pending COVID-19-related cases and conveying his approach to each case in which he found the complaints had merit or directed that other action be taken.

Some of the key cases summarized by the General Counsel included the following:

Protected Concerted Activity - A Health Care Employee was coercively questioned by her employer after she helped draft a letter requesting more input into how in-person services would be provided to clients during the pandemic.  The Employee was also admonished by the employer, told to contact only management regarding work problems, and warned that taking problems to her Co-Workers would make matters worse.  The employer threatened the Employee with termination if she failed to follow these management directives.  A group of Food Delivery Employees protested the company’s alleged failure to enforce social distancing and provide Personal Protective Equipment (PPE), such as gloves, masks and hand sanitizer.  The Employees then exercised the option to take leave without pay.  Thereafter, when the Employees asked whether they remained employed, all Employees were permitted to resume working, except for two Employees, including the protest leader.

Discriminatory Layoff and Recall - An employer was accused of selecting the only two Employees in a recently certified two-person Bargaining Unit for layoff, while retaining other subordinate, less-skilled Employees, in an alleged effort to erode the Bargaining Unit, an intention the employer made clear at the bargaining table.  A hotel employer denied recall rights to Employees who were laid off in mid-March, the large majority of whom were known Union Supporters, while offering recall rights to others, the large majority of whom did not support the Union. The employer had also recently expressed Anti-Union animus.

Refusal to Bargain or Provide Information - A school system closed and moved to remote learning due to a governor’s order.  The General Counsel stated that, generally, an employer is permitted to, at least initially, act unilaterally during emergencies such as COVID-19, so long as its actions are reasonably related to the emergency.  However, although the school was not required to bargain over the decision to close since it was mandated by the state, it must negotiate over the decision and its effects within a reasonable time thereafter.  The General Counsel directed further investigation into: (1) Whether the changes were reasonably related to the COVID-19 emergency; and (2) whether those changes were material, substantial, and significant adjustments to preexisting terms of employment.   A nursing home employer was accused of failing to bargain for an extended period of time for a successor Collective Bargaining Agreement.  The General Counsel found that the pandemic did not privilege an employer to refuse to: (1) Hold bargaining sessions (including via tele-conference) from mid-March to mid-May; (2) Respond to the Union’s proposals over e-mail for two months; or (3) Consider or discuss a proposed Memorandum of Understanding over hazard pay where there was no contract in effect.

To Continue Reading This Labor News Story, Go To: www.natlawreview.com/article/nlrb-general-counsel-warns-pandemic-no-excuse-violating-employee-rights?fbclid=IwAR13xQLmm8YGE1hhclABy7hSLAG1jIzzEyQbSKNInI2fYBcLyy2sht5vF0o