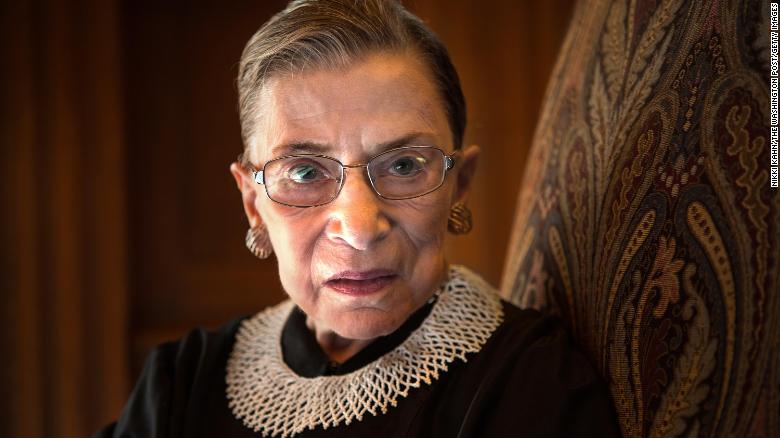 America has lost one of the greatest Jurists in our Nation’s history.  Justice Ruth Bader Ginsburg spent her career defending the Constitution and the everyday Working People who bring that document to life.  She was a consistent, unshakable champion of Civil and Women’s Rights and the freedom to form a Union.  The National AFL-CIO, the Labor Movement and all those who aspire for dignity on the job are better off because of Justice Ginsburg’s service.  Her passing leaves a hole in our collective hearts and a vacancy on the highest court in the land and you can rest assured that America’s Unions will honor Justice Ginsburg’s memory as we fight for our Democracy in the days and weeks to come.

America has lost one of its peerless giants in Justice Ruth Bader Ginsburg - someone who shattered glass ceilings and flung open doors of opportunity, a fierce warrior for justice who believed the law should be on the side of the people, not just the powerful.  Her heroic leadership in the struggle for gender equality inspired millions of Americans and changed millions of lives. The legacy she leaves on the Supreme Court and the mark she made on the nation are beyond compare.  On behalf of all AFSCME Members, I extend my deepest condolences to her family.

From the Communications Workers of America (CWA):

All Americans owe Justice Ginsberg a debt of gratitude for her service to our country and her passionate pursuit of justice.  From her ground-breaking work with the ACLU demonstrating that discrimination on the basis of gender is unconstitutional to her opinions and dissents as a Supreme Court Justice, Ruth Bader Ginsberg used her powerful intellect to advance equality. Her dissent in Ledbetter v. Goodyear Tire & Rubber Co. led to the passage of one of the most important pieces of Civil Rights Legislation in the past 20 years.  Reading from the bench, Ginsberg highlighted the insidious nature of pay discrimination and called on Congress to act, leading to the passage of the Lily Ledbetter Fair Pay Act, amending the Civil Rights Act of 1964 to allow more time for Workers who have faced pay discrimination to file complaints.  Ruth Bader Ginsberg has served as an inspiration for countless activists.  In the critical months ahead, we will follow her example and never, ever stop fighting for justice, for equality and for our Democracy.

Justice Ginsburg is an icon.  She leaves behind a legacy as a brilliant, hard-working Jurist and a trailblazing Feminist.  Her loss is incalculable.  Long before she became notorious, she broke barriers most never even dreamed to approach.  Her unfailing sense of justice reminded us of its awesome power and her unbending sense of duty reminded us to remain committed to protecting our Democracy, our Constitution and the rule of law.  But it was her personal courage and resilience, especially in the face of illness, that reminded us just how much strength one single person can have.  The best way to honor Justice Ginsburg is to cherish the justice she pursued and to honor her final wish to wait until the next President is inaugurated before considering her replacement.

CSEA deeply mourns the loss of Justice Ruth Bader Ginsburg, who was an incredible champion of justice.  Her work in defending the law helped greatly advance Civil Rights, Women’s Rights and Labor Rights in this country.  The incredible legacy she leaves behind must never be forgotten as we carry her memory with us while Union Members continue her fight to secure the rights for all people.  To say that America has lost someone amazing is a true understatement.  On behalf of CSEA, I extend our deepest condolences to her family and loved ones.