Be Informed: Here Are The Top Five Labor Law Developments For August 2020 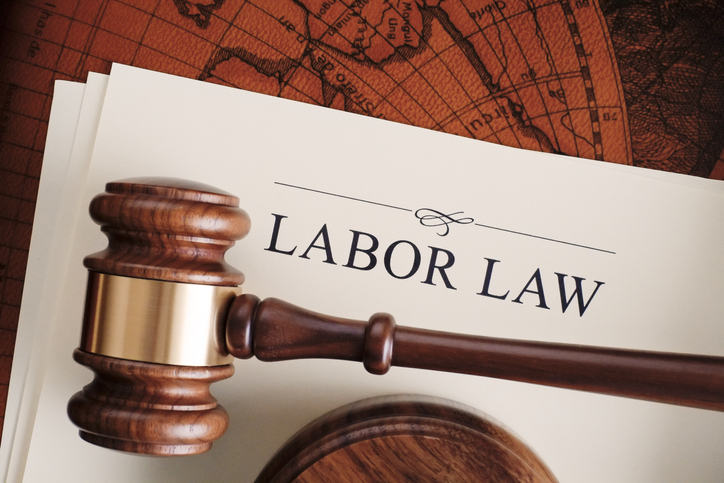 The National Labor Relations Board (NLRB) upheld an Administrative Law Judge’s (ALJ) ruling directing an Unfair Labor Practice (ULP) trial to be conducted by video-conference because of the COVID-19 Pandemic.  William Beaumont Hospital, 370 NLRB No. 9 (August 13th, 2020).  Prior to a trial scheduled to be heard by video-conference due to the pandemic, the employer requested a delay to allow an in-person proceeding.  The employer cited an NLRB rule providing that parties have “the right to appear at a hearing in person, by counsel, or by other representative.”  The employer also cited its concerns with the use of video-conferencing, including witness demeanor assessment, prejudice to the employer’s ability to examine and cross-examine witnesses, issues with introducing documentary ev­idence, and possible technological glitches.  The ALJ denied the request and the employer appealed to the NLRB, which upheld the ALJ.  The NLRB held that the employer’s concerns were speculative, and if those or other issues came to fruition, the ALJ had the discretion to deal with them.  The NLRB held that, although pandemic concerns are becoming less acute, it is within the ALJ’s discretion to rule that the pandemic amounts to “compelling circumstances” allowing use of video-conferencing.  The decision is likely to be cited to support the use of video-conferencing in ULP trials at least through the duration of the pandemic.  Based on the NLRB decision, the NLRB General Counsel issued a Memorandum on August 25th, 2020, directing Regional Officials to “move forward in scheduling remote Unfair Labor Practice hearings,” as long as: (1) there are no “unusual aspects” of the case that would make video hearing “unfeasible;” and (2) necessary witnesses are able to utilize the video technology platform.

Employees laid off due to the COVID-19 Pandemic were not eligible to vote in an NLRB Election, the NLRB has held.  NP Texas LLC d/b/a Texas Station Gambling Hall and Hotel, 370 NLRB No. 11 (August 31st, 2020).  A Regional Director (RD) ordered an election among laid off Employees during a time when the employer had indefinitely suspended its operations due to the COVID-19 Pandemic.  The NLRB granted the employer’s request for review of the Regional Director’s Decision and Direction of Election.  The NLRB found that the RD erred in ordering an election among Employees who “have no reasonable expectation of recall,” making them ineligible to vote under NLRB rules and precedent.  As there were no eligible voters other than those on layoff, the NLRB found the “best course of action” was to dismiss the petition, without prejudice, “subject to reinstatement when the employer resumes its operations.”

An employer’s Social Media Rule requiring civility when making public statements about the employer was lawful, the NLRB has ruled, based on the employer’s need to protect its reputation.  Bemis Co., Inc., 370 NLRB No. 7 (August 7th, 2020).  The employer’s Social Media Policy required (in relevant part) Employees to be “respectful and professional” when discussing their employer.  The purpose of the rule was to “effectively safeguard the reputation and interests” of the employer.  During an organizing campaign, the Union filed an ULP charge alleging (among other things) the policy violated the National Labor Relations Act (NLRA) by restraining Employees’ discussions about their working conditions.  An ALJ found the policy violated the NLRA, but the NLRB reversed.  The policy was presumptively lawful under the standard of The Boeing Co., 365 NLRB No. 154 (2017), the NLRB held, because “an objectively reasonable Employee would understand” the policy was meant to protect the reputation of the company, a legitimate purpose under Boeing, and was not meant to chill NLRA-protected speech.  While the NLRB found the rule could have been written more narrowly to restrict only publicly damaging statements (as opposed to private statements made to Co-Workers), the NLRB found the possibility of drafting a narrower rule is not a valid basis to invalidate a rule under Boeing.

To Continue Reading This Labor News Report, Go To: www.natlawreview.com/article/top-five-labor-law-developments-august-2020?fbclid=IwAR1p1ZcCVwOwzjx2ZlEGKgXoyKkVmX7q8ts3qHp5CCivuqxS9H6WJmMxVSk