Get Educated: Trump Has Attacked Workers Safety, Wages & Rights Since Day One - Here's A Look At Five Of The Worst Actions The Trump Administration Has Taken Against Workers 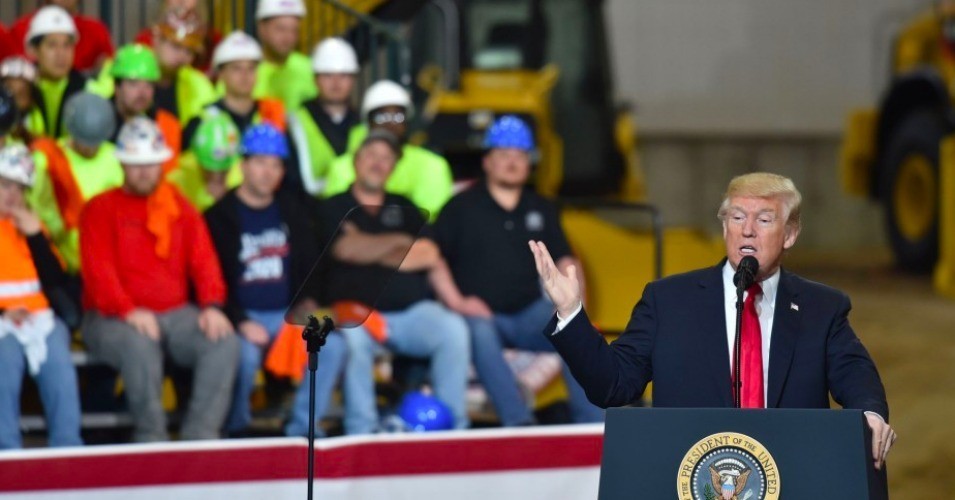 (WASHINGTON, D.C.) - From Republican President Donald Trump’s first day on the job, his administration has systematically promoted the interests of corporate executives and shareholders over those of Working People.

The current administration has rolled back Worker protections, proposed budgets that slash funding for agencies that safeguard Workers’ rights, wages, and safety, and consistently attacked Workers’ ability to organize and collectively bargain.

And the Coronavirus Pandemic has provided the Trump Administration an opportunity to continue its attack on Workers’ rights.

Common Dreams recently published a report that looks at the 50 most egregious actions the Trump Administration has taken against Workers, but here we take a look at five of the worst actions:

The Trump Administration failed to adequately address the Coronavirus Pandemic:

Despite the widespread reach of COVID-19 in the workplace, the U.S. Occupational Safety and Health Administration (OSHA) has refused to issue an Emergency Temporary Standard to protect Workers during the pandemic.

OSHA is also failing to enforce the Occupational Safety and Health Act during the pandemic.

Despite nearly 10,000 complaints from Workers about unsafe working conditions from COVID-19, the agency has only issued a handful of citations for failure to protect Workers.

In addition, the Centers for Disease Control (CDC) issued dangerous guidelines that allowed Essential Workers to continue to work even if they may have been exposed to the Coronavirus - as long as they appear to be asymptomatic and the employer implements additional limited precautions.

The lack of these basic protections has led to thousands of Essential Workers becoming infected with the Coronavirus and many have died as a result.

For example, the Department of Labor (DOL) excluded millions of Workers from Paid Leave Provisions under the FFCRA, including Nine Million Health Care Workers And 4.4 Million First Responders, before revising the rule after a Federal Judge invalidated parts of the original rule in August.

Further, the Trump Administration has vehemently opposed the extension of the $600 increase of Unemployment Insurance Benefits and additional aid to state and local governments.

Since Trump took office, the Department of Labor (DOL) rolled back numerous regulations that protected the wages of Working People.

For starters, the Trump DOL prevented millions of Workers from receiving Overtime Pay by not defending the Obama Administration’s 2016 Overtime Rule, but instead finalizing their own, weaker Overtime Rule in September 2019.

Roughly 8.2 million Workers who would have benefited from the 2016 rule have been left behind by the Trump Administration’s rule.

To Continue Reading This Labor News Story, Go To: www.commondreams.org/views/2020/09/17/president-trump-has-attacked-workers-safety-wages-and-rights-day-one?fbclid=IwAR3DW_0XQjo0cAckQCwd0cW_DBxvhotkrj7vGQ6IUQDG0ylY4tzCqS5OaI4