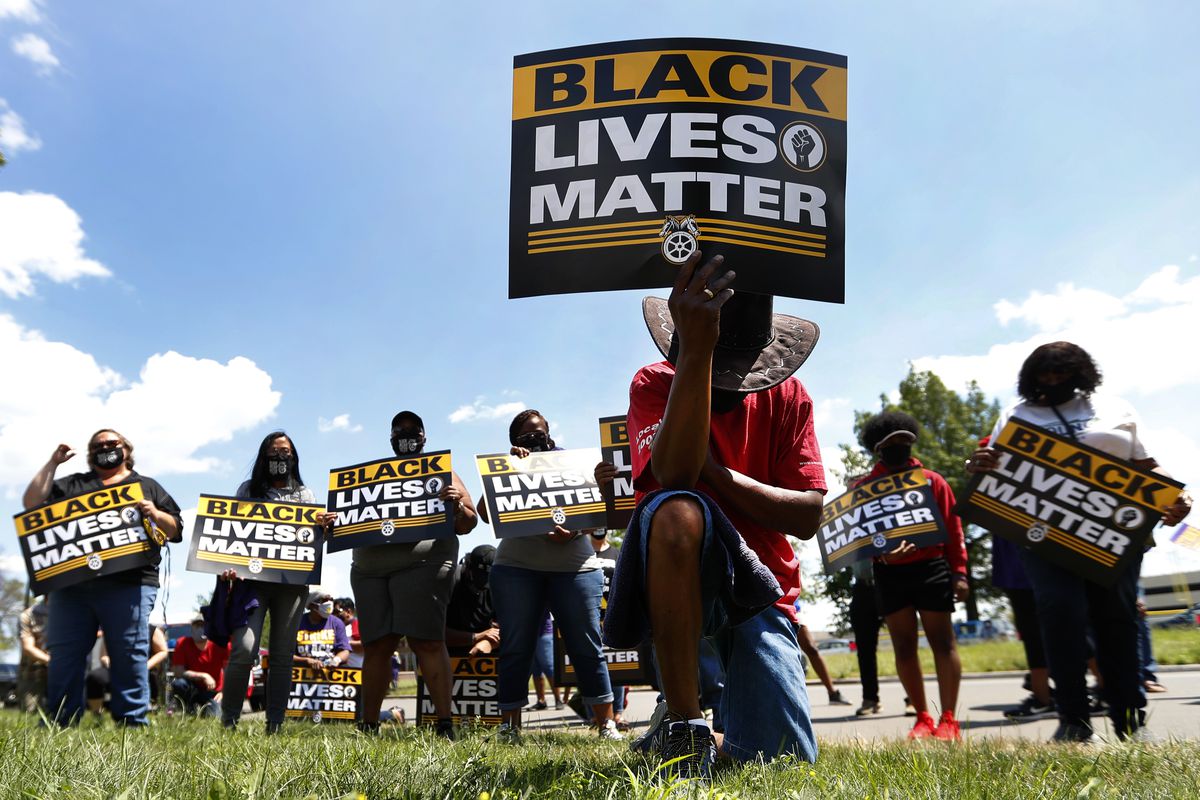 At the September 10th meeting of the Rochester AFL-CIO Labor Council, Delegates voted to release this statement on the killing of Daniel Prude.

In addition to this statement, the Council agreed to a material donation of medical supplies to those volunteers who have been acting as medics at recent protests:

The continuous cycle of police brutality and the killing of Black and Brown Men and Women has got to stop.

Too often their lives are forfeited because men and women who have taken an oath to serve and protect decide that the oath does not apply to the lives of Black and Brown Sisters and Brothers.

The Rochester Labor Council is appalled that these actions have continued unchecked.

On March 23rd, 2020 Rochester Police Officers committed an act of police brutality against an unarmed Black Man, Daniel Prude, who was experiencing a mental health crisis, and he died days later.

Despite body camera footage that captured the action, it was not made public until September 2nd, 2020.

The Officers who committed the crime remained on active duty and the Mayor of Rochester and the Chief of Police failed to come forward until five months after the incident occurred.

This is egregious and unacceptable.

After Eric Garner was strangled by police in New York City, Michael Brown was shot by police in Ferguson, Missouri, Ahmaud Arbery was chased and shot by armed White Men in Georgia, George Floyd was suffocated by police in Minneapolis, Minnesota, Breonna Taylor was shot while sleeping in her home in Louisville, Kentucky, and Jacob Blake was shot by police in Kenosha, Wisconsin, the Rochester Chapter of the Coalition of Black Trade Unionists (CBTU) took action and called on the Labor Community to stand up and fight back against police brutality and the violence too frequently perpetrated against our Black and Brown Brothers and Sisters.

The Rochester Labor Council is now calling on all Affiliated Unions to take a stand against racism and police brutality by supporting and lobbying for the passage of Daniel’s Law, reallocate resources and demilitarize the police, and support the Black Lives Matter Movement.

In response to these atrocities and in recognition that we need to be the change we wish to see, the Rochester Labor Council Racial Justice Committee has been established.

This Committee has been empowered to challenge the status quo and initiate actions that will help increase diversity in the Rochester Labor Council’s structure, leadership, internal organization and external programming.

This includes establishing community partnerships and coalitions with organizations to fight the racism and injustice that plagues our city.

It is imperative to remember that Social Justice, Racial Justice and Human Rights are forever intertwined with the fight for Labor Rights, and to do anything less than uphold them all is unconscionable and hypocritical.

Silence and inaction are unacceptable.

To be silent is to be complicit.

It is time to make noise, time to get in trouble… good trouble.

CBTU would like to extend our deepest sympathy to the Prude Family.

Daniel Prude was in need of mental health and medical assistance but was killed while being arrested by Rochester Police in March 2020.

On September 2nd, Rochester Police Department released the body camera video of the incident, which has shocked the world.

According to the medical examiner, Mr. Prude‘s death was caused by asphyxiation due to being pinned face down on the ground while being restrained by Rochester Police.

Once again, here we are with another Black Male dying at the hands of police, while not posing any imminent danger to the Officers or anyone else.

The facts of this case continue to be released yet nothing can justify Mr. Prude's murder on the streets of Rochester.

In the Labor movement, we all understand that all Members are entitled to representation when charged with misconduct.

However, in this case, all of the Officers affected continued to work without any administrative action being taken by the Rochester Police Department.

This case began in March, yet nothing was done until September when all affected where suspended with pay.

In Labor, we understand that the Union's Collective Bargaining Agreement will control the process of the officers who will receive disciplinary and/or criminal charges sometime in the future.

However, when an egregious act of misconduct has occurred - the Union must act in good faith and do the right thing.

The Union defending the police actions by citing inappropriate training will not work in the Rochester Community.

We are calling on all our Union Brothers and Sisters to work with the Legislature, Employers and the Community to put an end to this systematic racism - NOW.

CBTU will continue to monitor the events in real time and join the chorus of voices calling for justice in this case.