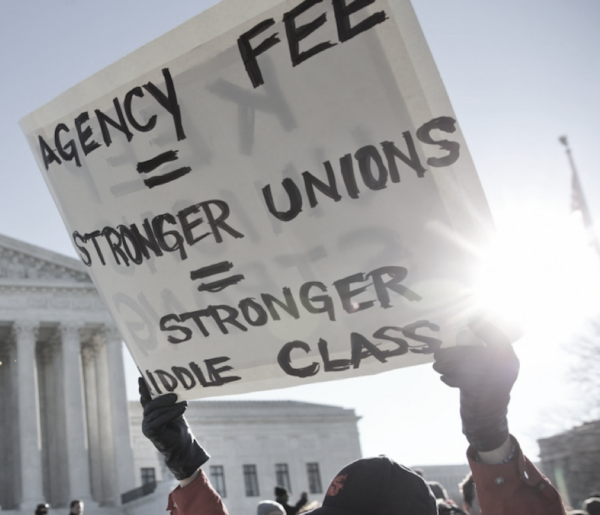 These were payments that were made to a Labor Union from someone who was covered under the Union’s Collective Bargaining Agreement (CBA), but not a member of the Union.

The fees were used to cover expenses - such as bargaining, but were lower than Union Dues and did not give the Fair-Share Payer the full rights of being a Union Member.

For the Anti-Union groups that funded the Janus case, just eliminating Fair Share Fees was not enough.

In many places, Unions successfully organized their Fair Share Payers and made them full Union Members, which lessened the impact.

With Union Membership holding steady, these Conservative Groups began filing lawsuits across the country seeking to recover Fair Share Fees that had been paid in the previous years before the Janus decision.

The goal was simple: Win the case and force Unions to pay back millions in Fair Share Fees while bankrupting the Union in the process.

Across the country cases asking for previously paid Fair Share Fees have been filed, with all being rejected.

The latest rejection comes from the 3rd Circuit Court of Appeals in Philadelphia.

The case was brought by three Teachers against the Pennsylvania State Education Association (PSEA) and two Government Employees against the Service Employees International Union (SEIU).

In their decision, the judges said that the Unions acted in good faith by collecting the Fair Share Fees.

In a statement to The Altoona (Pennsylvania) Mirror after the decision, an attorney for SEIU said that the lawsuit was “ridiculous and unfair,” since Unions were following the law at the time by collecting the Fair Share Fees.

It is unclear whether or not the plaintiffs will appeal the case to the Supreme Court.

If they do, the case could get folded in with a number of other cases requesting back-pay for the Fair Share Dues.

However, since there is not a disagreement between Appeals Courts, it is likely the Supreme Court will decide not to take up the case.

To Directly Access This Labor News Story, Go To: https://ucommblog.com/section/corporate-greed/judge-refuses-force-unions-pay-back-fair-share-fees?fbclid=IwAR0GDMW7EpbO7d8wUI0N_MrdzhXBnhsvmeCO2m2XtzRt0ao5vr_Z_pFD_P0