Montana Governor Checks In On United Association Of Plumbers And Pipefitters Local 41 Apprenticeship Programs In Butte, Says Apprenticeships Will Play A Key Role In Overall Progress Toward Economic Recovery 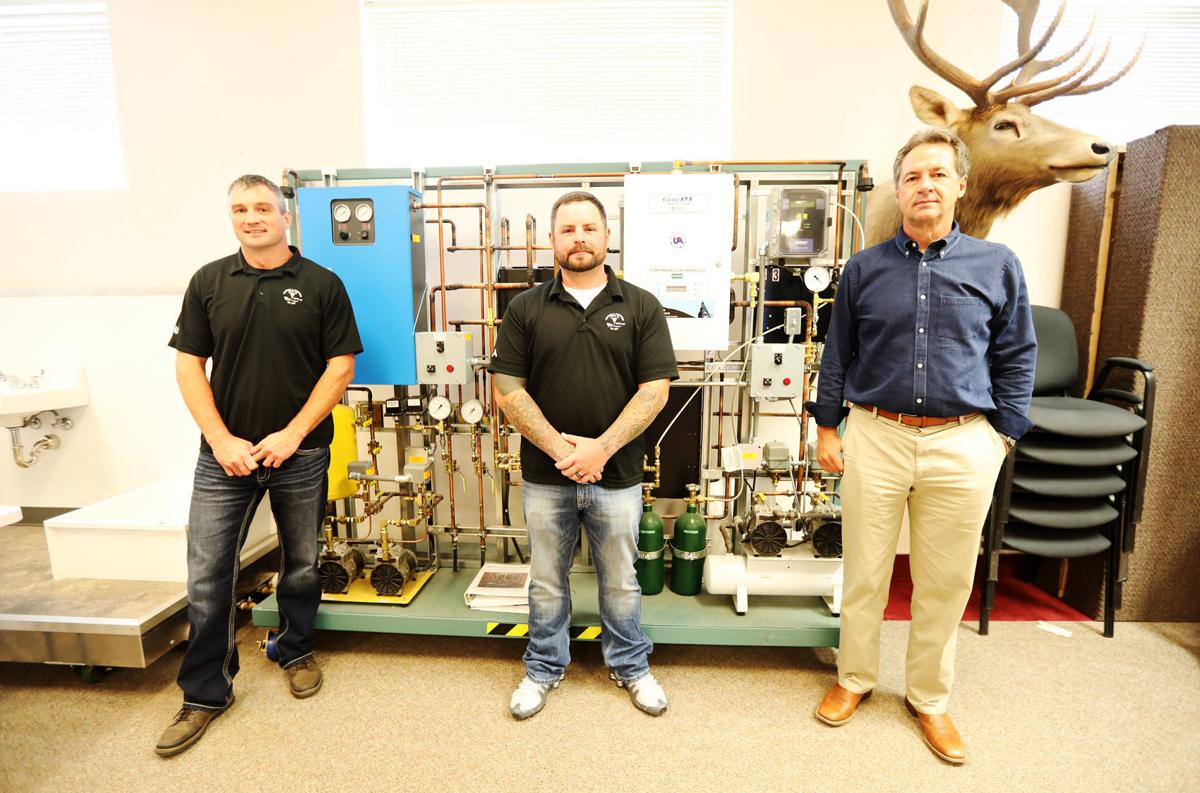 The Montana Standard Editor’s Note: Governor Steve Bullock is photographed with Quinton Queer, left, and Brandon Shaw of the Butte Local 41 Plumbers and Pipefitters Union in Butte.  (Photo Taken By Meagan Thompson of The Montana Standard)

(BUTTE, MONTANA) - The key to rebuilding Montana's economy after COVID-19 is jobs and one big factor in the job market is the state's booming Apprenticeship Programs.

Governor Steve Bullock recently visited the United Association (UA) of Plumbers and Pipefitters Local 41 offices in Butte receive an update on the Union's Apprentice Training Program and to share some notes from the Montana's annual Labor Day Report.

Quinton Queer, who serves as Training Director of Local 41's Joint Apprenticeship and Training Committee, told the Governor that moving training on-line during the pandemic has actually made a positive difference by helping attract Apprentices from rural areas of the state,

It has also boosted retention in the program, he added.

Local 41 is not local to Butte.

So having virtual training is a lot easier on many Apprentice Trainees than forcing them to drive to Butte, particularly in bad weather, Queer said.

Governor Bullock said that Apprenticeships will play a key role in overall progress toward economic recovery.

"We know already that they have an increasing role in workforce development across the state," the Governor said. "Over the past five years we've averaged (181) Apprentices a year graduating across the state."

Bullock cited the high demand for careers in the Unionized Building Trades - and the numbers show the reason why.

He said Apprentices graduate into jobs paying more than $67,000 a year - far above the state average - and Queer noted employers have steadily supported the program.

The Labor Day Report, published by the Department of Labor and Industry, described a "large but temporary impact to short-term economic performance" from COVID, but said "recent economic data suggests the state is on a long-term path toward restoring and expanding economic growth."

To Directly Access This Labor News Story, Go To: https://mtstandard.com/news/local/bullock-checks-in-on-apprenticeship-programs-in-butte/article_0da91c52-f528-5071-899f-5ed4d9f9c775.html