Farm Workers Are Laboring In Californias Dangerous Wildfire Smoke, The United Farm Workers Union Asks: What Is Cal/OSHA Doing To Protect Them? 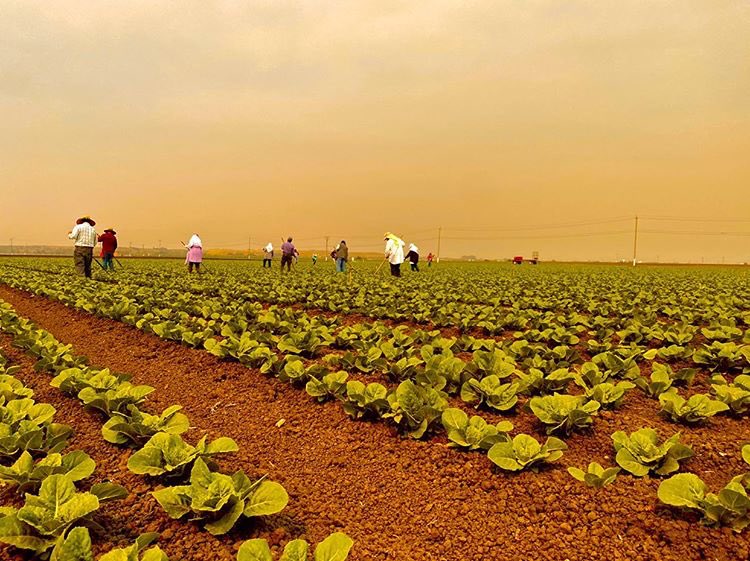 (ACROSS THE STATE OF CALIFORNIA) – The United Farm Workers (UFW) is working around the clock to assist Farm Workers already dealing with repercussions from the COVID-19 Pandemic and a dangerous heat wave.  Now with California’s recent wildfires, the danger is escalating.

Cal/OSHA - the State of California’s Division of Occupational Safety and Health, is supposed to protect the Farm Workers, but according to the UFW, many aren't being protected.

According to a recent UFW poll of Farm Workers, 84% say they have not been given N95 masks by their employers. 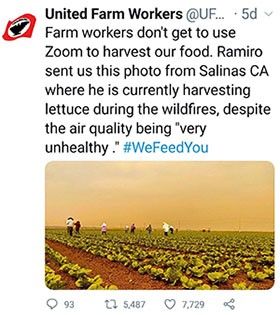 A KPIX-TV news story shared the story of Antonia, a Watsonville Strawberry Picker, who said her employers “do not provide any of the Workers with masks, gloves or other protective equipment, which is a violation of California law, according to Cal/OSHA.”

In response, the UFW has reached out to Union Growers to ensure they are acting to protect Union Members - even if it means going above and beyond legal requirements.

At contract companies, the UFW says it is hearing reports of N95 masks being distributed or work being halted.

The UFW is also communicating with tens of thousands of Farm Workers, most of them Non-Union, and the Farm Workers Union is enlisting the help of Workers and supporters to find and report the locations of violations.

The UFW has secured 50,000 N95 masks and will be distributing them - through Union Organizers and local groups in fire-affected areas, to the Workers who need them most.

However, UFW Officials say it is not the Union that should not be doing this since it is the employers' obligation and Cal/OSHA's job to make sure they do it.

Cal/OSHA has publicized the law and its requirements, but the UFW says that's not enough.

Cal/OSHA needs to be pro-active and go out into the fields to make sure that necessary protective gear is provided to Workers.

Cal/OSHA's inaction is putting the Workers in grave danger, they said.

To Directly Access This Labor News Story, Go To: https://act.seiu.org/a/cafires?contactdata=ItW8ScmYOifxrF30IbQL7oBhWusgZ7t6vNQYXXGU1cPpEvfIZVOCiu1MnJ2ri5A1G4qM9Czmi4brjWXbchAks%2bc%2fA98z%2b5S%2frlsEIDOQztBx%2f8VmMCDrpKuVMOYJ5NVuq3EfK4kkbWrhXNwO2asN3Te5zn6XmN5d2E0BkU%2bxUGsyfMKmnpSb%2bU9Q%2byeFvqAIiaeWC