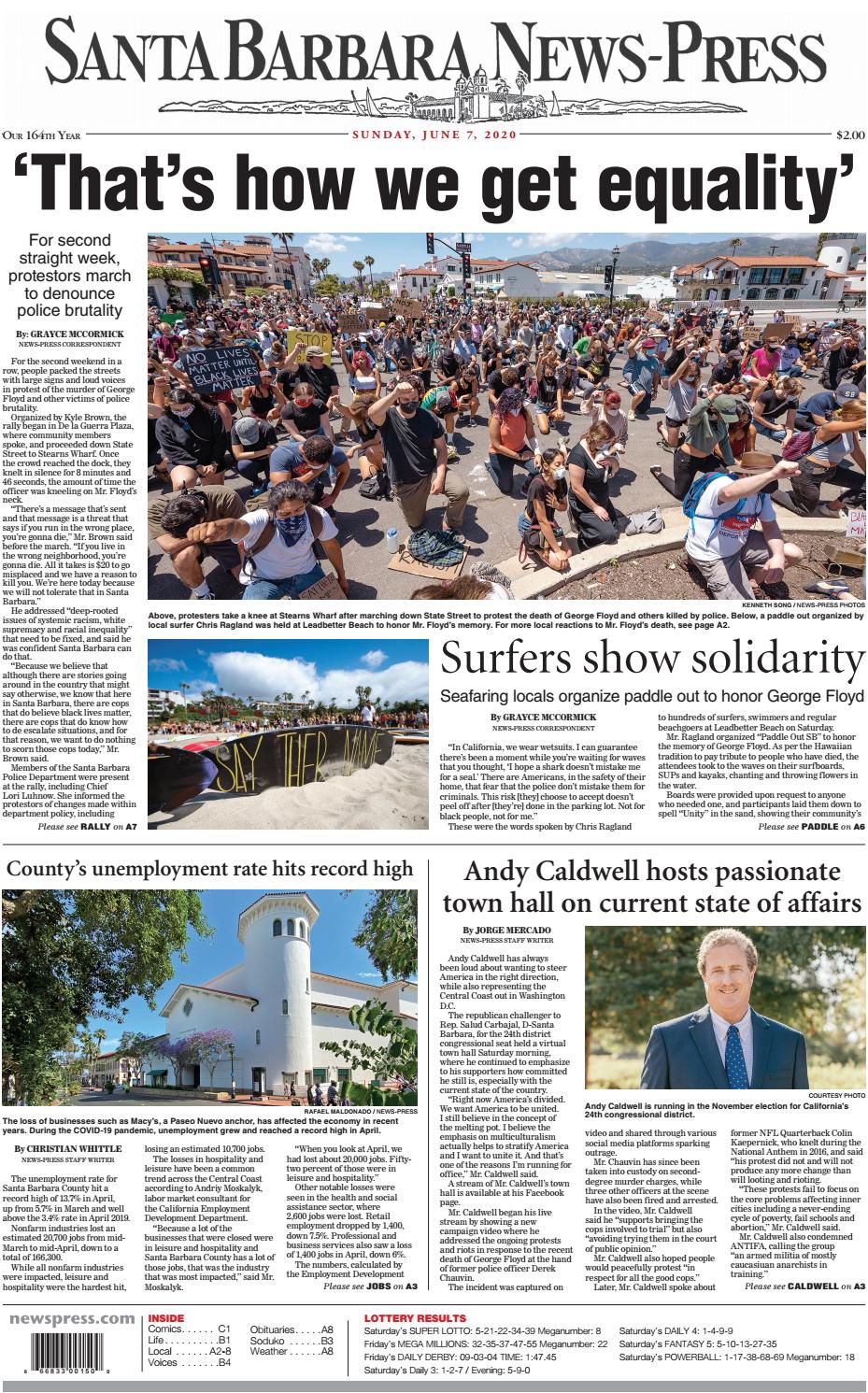 Dickie Montemayor, an Administrative Law Judge for the National Labor Relations Board (NLRB) has dropped a $2 million bomb on The Santa Barbara News-Press and its ever-embattled owner, Wendy P. McCaw, for Unfair Labor Practices (ULPs) and bad-faith bargaining - described variously in the court ruling as “flagrant” and “aggravated” that the Judge said would take 17 paragraphs to list in full.

The violations, the Judge decreed, date back to more than a decade ago, when that newspaper was in the throes of a bitter labor dispute with its Newsroom Employees over Unionization.

The ruling awarded $936,000 to 40 Newsroom Workers represented by the Teamsters Union to compensate them for loss of earnings they would have accrued had The News-Press not hired temporary Workers to perform many of the functions that would otherwise have been handled by Employees covered by the Union contract.

Another $221,000 was awarded to Workers for merit pay increases they would have received had the management and owners of The News-Press not eliminated the merit-pay-increase system that was in place when Newsroom Employees voted to be represented by the Teamsters in September 2006.

In addition, the Judge ordered McCaw - sole owner of The News-Press - to pay the Newsroom Union $111,040 for expenses accrued at a time when the owners were engaged in bad-faith bargaining.

To Directly Access This Labor News Story, Go To: www.independent.com/2020/09/05/news-press-owner-ordered-to-pay-2-million-by-national-labor-board/?fbclid=IwAR3bBDi7JYfx79j7q3MbWEfx3abnssV68yhjn-5mC1YxiDg_jO7fCnyAHyY