"Want To Know What A Worker's Life Is Worth In America? - 'A Total Failure To Protect Workers On The Job From COVID, Trump's OSHA Criticized For Fining Meatpacking Plant About $10 Per Coronavirus-Infected Worker 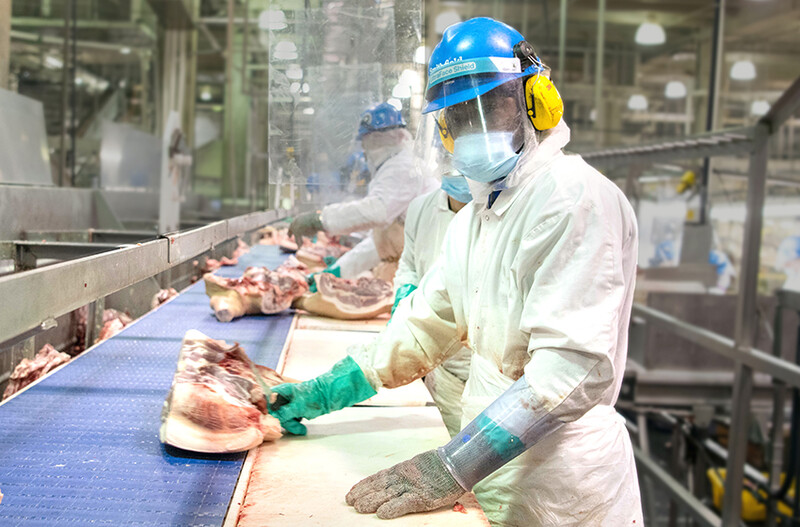 OSHA's fine to Smithfield marks the first time a fine has been issued to a major domestic meatpacker for failure to protect Staffers against COVID-19.

Dave Jamieson, a Labor Reporter for HuffPost, suggested that the fine indicated the cost of a Worker's life in America.

"Want to know what a Worker's life is worth in America?," he said. "More than (1,000) Workers at Smithfield's Sioux Falls, South Dakota Plant contracted Coronavirus.  Four of those Workers died.  OSHA just issued a fine against that plant.  For ($13,494)."

"Based on a coronavirus-related inspection, OSHA cited the company for one violation of the general duty clause for failing to provide a workplace free from recognized hazards that can cause death or serious harm," OSHA said in a statement.

At least 1,294 staffers at the Smithfield Plant tested positive for coronavirus.

Four of those Employees died from the virus this spring.

"Employers must quickly implement appropriate measures to protect their Workers' safety and health," said OSHA Sioux Falls Area Director Sheila Stanley. "Employers must meet their obligations and take the necessary actions to prevent the spread of Coronavirus at their worksite."

The Democrat-controlled House Committee on Education and Labor quickly moved to condemn OSHA for the amount proposed in the citation, noting that it equated to roughly $10 per infected Worker.

"President Trump's Worker Safety Agency finally penalized a meatpacking plant where more than (1,200) Workers were infected with COVID-19.  Four of those Workers died," the committee said in a statement shared to Twitter. "The total fine: Less than $10 per infected Worker.  A total failure to protect Workers."

Despite the criticism, OHSA noted that the proposed penalty was the maximum amount allowed by law for a serious violation.

Smithfield has been given 15 business days to comply with the fine, request an informal conference with OSHA's Area Director or contest the findings before the independent OSHA Review Commission.

The American Pork Producer and Processing Company closed in April after large numbers of their Employees began contracting the novel virus.

Slaughterhouses and meatpackers across the country have seen thousands of Workers infected with COVID since the pandemic was declared a national emergency in March.

To Read This Labor News Story In Its Entirety, Go To: www.newsweek.com/failure-protect-trumps-osha-criticized-fining-meatpacking-plant-about-10-per-covid-infected-1531150