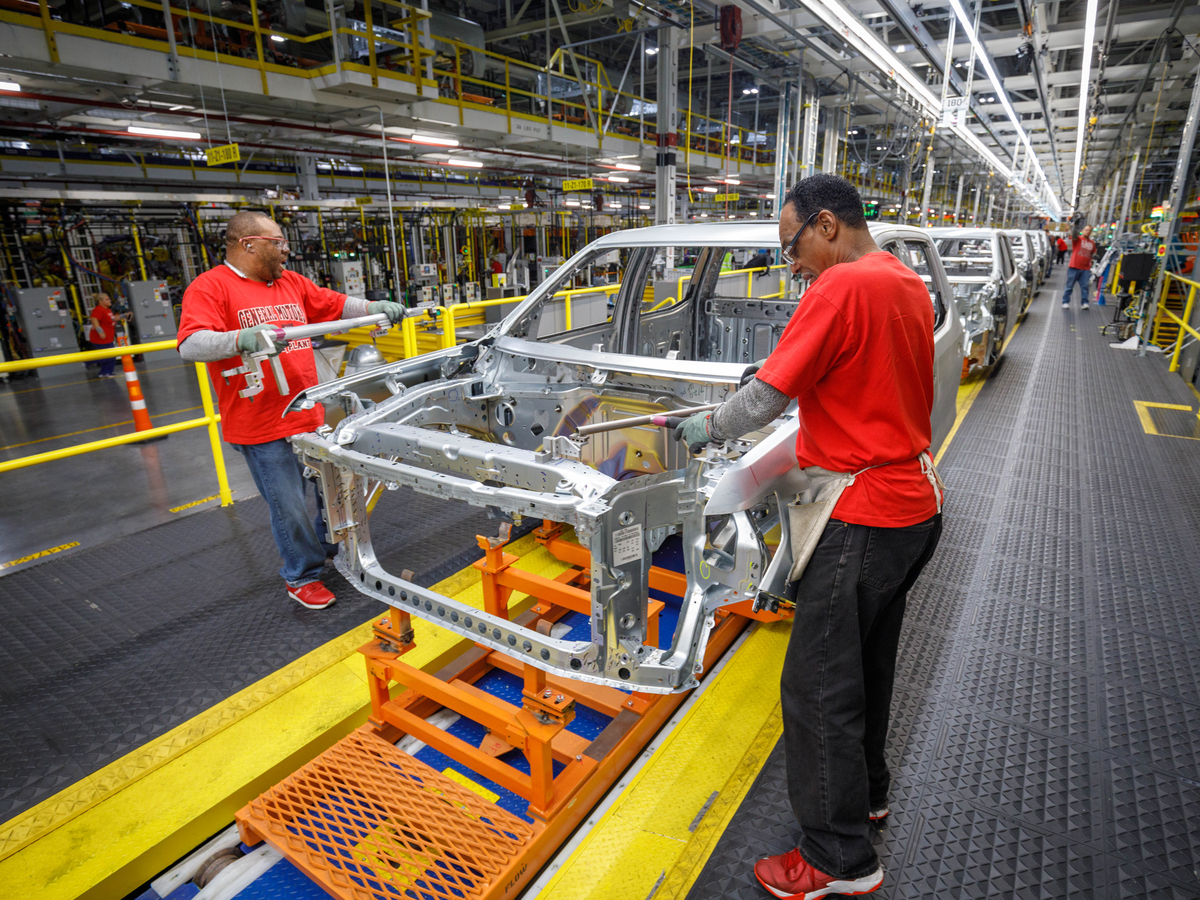 (FREELAND, MICHIGAN) – Republican President Donald Trump made wildly inaccurate claims at a rally outside Saginaw late last week, suggesting he has revitalized auto manufacturing in the state when it actually lost jobs even before Coronavirus hit in March.

But no, Trump didn’t save the auto industry

Although some of Trump’s boasts about the economy before the pandemic are accurate, his claim that he “saved the auto industry” is wrong.

He told the crowd: “You better vote for me, I got you so many damn car plants.”

In fact only one major plant, a Jeep plant in Detroit, has been announced in Michigan during his Presidency and total auto manufacturing jobs in the state fell 2,000 to 40,300 under Trump as of February, according to Federal statistics.

Democratic Presidential Candidate Joe Biden, meanwhile, has also campaigned on his role in the multibillion-dollar bailout of the auto industry in 2009 as Vice President.

Several experts have credited the survival of General Motors and Chrysler with bailouts that began under former Republican President George W. Bush and continued under Obama.

That Jeep Plant that has was the only one announced during Trump's term, while at the same time, General Motors (GM) underwent a divisive 40-day strike last year and announced the idling of four U.S. plants, including two in Michigan.

One of those, Detroit-Hamtramck, has since been revived and is being retooled to build electric cars and SUVs.

Warren transmission was revived most recently to make face masks, though its future is uncertain.

That's hardly a signal of a vast resurgence.

Trump has also apparently made similar exaggerated claims in other campaign stops, with The Washington Post saying he has been "bragging about imaginary auto plants."

Trump also said that after speaking with Japanese Prime Minister Shinzo Abe, officials announced "five new car companies are coming to Michigan," but there has been no such announcement that The Detroit Free Press is aware of.

Trump also said no new assembly plants had been built in the state in more than 40 years - but at least two new GM plants have opened since 1999.

As of February, there were about 2,400 fewer auto and auto parts jobs in Michigan than when Trump took office in January 2017.

There are even fewer now as the economy recovers from the Coronavirus shutdown, though it's up from where it was when auto plants were shut down almost entirely in April.

To Read This Labor News Story In Its Entirety, Go To: www.freep.com/story/news/politics/elections/2020/09/10/trump-michigan-rally-auto-claims/5768672002/?fbclid=IwAR1gkGmNmz_NKUSUfOKWjZ3KuIQlrI9HpM8yQDheskRoe8b3nZ_Yb0PIlTU