All Eyes Are On Asheville Nurses Union Campaign - Vote To Unionize Could Have Repercussions For Other Employees, Public & Private Employers In North Carolina 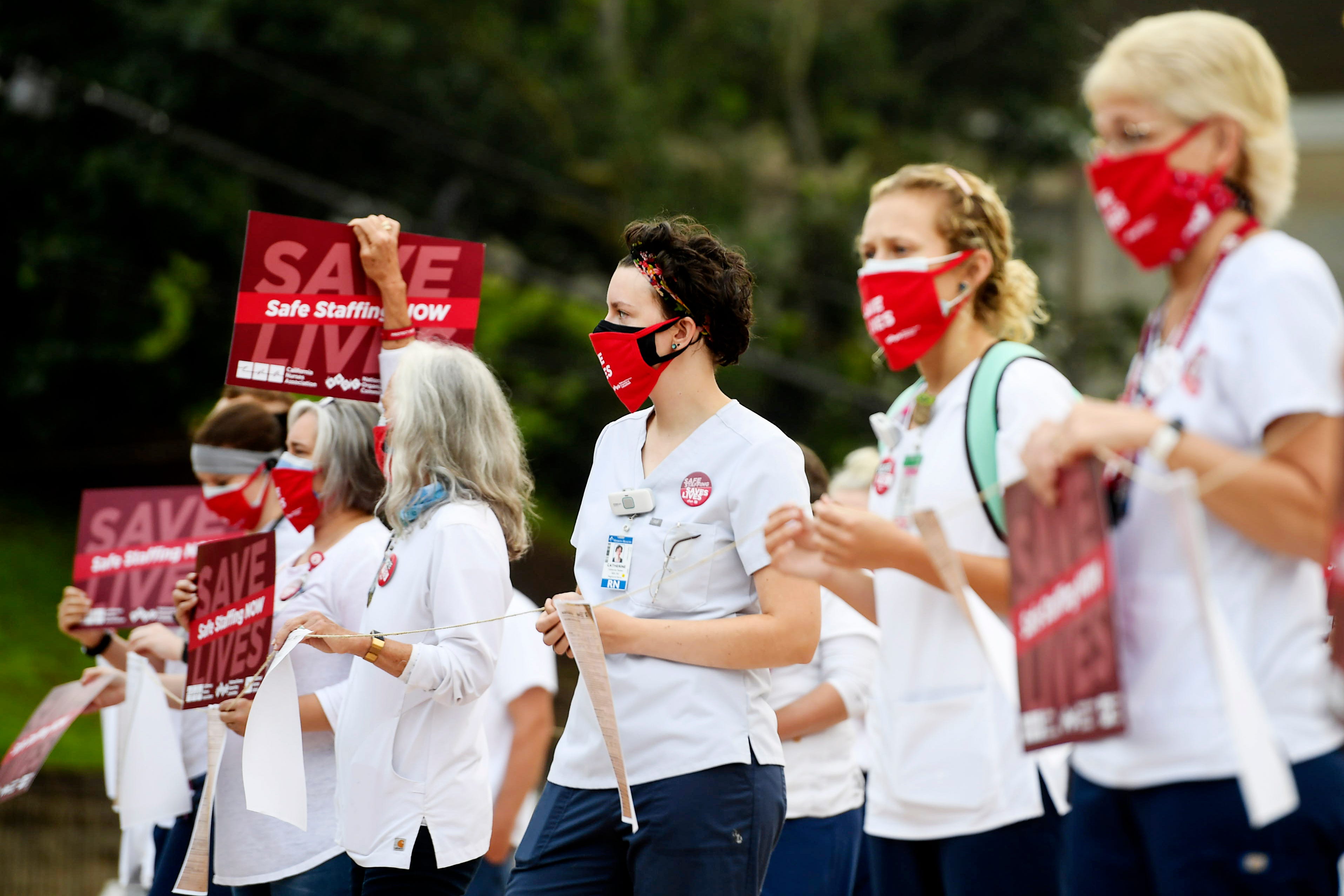 Wilson, who wears a “Vote Yes” button to work, believes a Union will give her colleagues a collective voice to safeguard patient health, ensuring more equipment and higher staffing levels.

Jones, who dons a “Vote No” button during shifts, would also like to see lower staff-to-patient ratios, but doesn’t believe a Union can deliver on its promises.

As the election nears - mail-in votes will be tallied on September 16th - both Nurses are aware this Unionization Campaign has drawn attention from far outside their hospital’s walls.

“You ‘definitely know that it’s bigger than just the hospital,’” Jones said.

Politicians, Labor experts and advocates say the votes of 1,600 Nurses in Western North Carolina have significant political and financial implications.

HCA Healthcare, which owns 178 hospitals across the country, including Mission, stands to lose millions if the Union succeeds.

National Nurses United (NNU), the largest Nurses’ Union in the United States, stands to gain hundreds of dues-paying Members in what would be the NNU’s largest Union at an HCA-affiliated facility.

Pro- and Anti-Union Advocates say a Labor victory at Mission would open the door for more aggressive organizing efforts in North Carolina, one of the Nation’s least Unionized states.

Even Presidential Candidates have commented on Mission Nurses’ efforts.

Democratic Presidential Candidate and former Vice President Joe Biden issued a statement congratulating Nurses at the Asheville Hospital for seeking to form a Union: “I’m proud to stand by the Mission RNs in their collective bid for a better, safer, and more equitable workplace - an impressive show of solidarity not just for themselves, but for the health of their entire community.”

Biden isn’t the first Democratic Leader to back Unionization at Mission Hospital.

The Union Campaign “is definitely on people’s radar screen,” Elon Law Professor Eric Fink said. “This is the biggest one I’ve been aware of recently and it’s what people are talking about.”

On Twitter, Fink said fellow Labor Experts, both inside and outside North Carolina, have kept track of this sizeable Union Organizing Drive.

According to the NLRB, a 1,600-person Mission Nurses’ Union would be the Nation’s largest new Union since June 2019.

After months of voicing concerns over hospital staffing levels and communicating with NNU Representatives, Mission Nurses formally petitioned to form a Union in early March.

Since the pandemic, their worries have extended to their supply of Personal Protective Equipment (PPE) and COVID-19 testing procedures.