Workers Reveal Disney Is Covering Up Its COVID Cases  Disney Employees & Their Worried Spouses Tell The Daily Beast Disney Is Not Only Underreporting Its COVID Cases, But Clearing COVID-Positive Employees To Return To Work 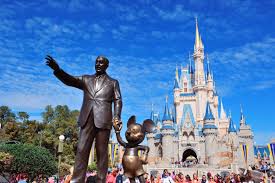 Though they reopened within days of each other, the two parks worked with wildly different resources.

Unlike the Bubble, the Downtown Disney District had no on-site testing.

In a letter to the Unions that represent its Workers in June, Disney Labor Relations Director Bill Pace called testing “not viable” and prone to “false negatives,” in spite of the fact that it has been implemented in Orlando.

Likewise, the district did not contain its visitors, but allowed streams of thousands to pass in and out of the area with little more than a temperature check.

Four sources familiar with the matter told The Daily Beast Disney has kept the total number of positive cases at the district under wraps, alerting Unions only to the positive test results of their Members - often days after the fact, risking further exposure - and leaving Workers to guess for themselves why colleagues disappeared for days at a time, or why 11 people from the 12-person Horticulture Irrigation Team didn’t show up to work for a full week.

“We ‘want to know if any Cast Members have tested positive, but Disney has taken the position that they’re only going to tell us if our Cast Members do,’” said Matt Bell, a spokesperson for United Food & Commercial Workers (UFCW) Local 324, one of a dozen Unions representing Workers, or “Cast Members,” at Disneyland. “What is ‘supposed to happen is contact tracing -find out who was exposed and quarantine them as well.’  ‘I can’t confirm that they’ve done that.’”

“Basically, all of our COVID information ‘has come from word of mouth,’” said Alicia, the spouse of a Cast Member whose contract prohibits them from speaking to the press, “Co-Workers ‘texting each other,’ Co-Workers ‘talking to each other, and things that my (spouse) has seen on the job.’  ‘None of this is from any of the managers.’  Disney management ‘is not really officially acknowledging that any of this is happening.’”

Disney did not respond to more than eight requests for comment.

Alicia did not have faith in Disney’s ability to pull off a safe reopening without regular on-site testing, touch-free temperature and bag checks, and a strict contact-tracing protocol - especially in a moment when Orange County was seeing a spike in positive cases.

On July 8th, 10 days after the Cast Members returned to work and one day before the district opened, she wrote messages to both the City of Anaheim and California Governor Gavin Newsom, flagging the danger on behalf of several Cast Members.

“Unknowingly, (the Cast Members were) working next to an Employee who was exposed to COVID-19,” she wrote. “Although the Union urged him to not return, he still worked his entire shift, thus exposing ALL of (them).”

To Read This Labor News Story In Its Entirety, Go To: www.thedailybeast.com/workers-reveal-disney-is-covering-up-its-covid-cases?via=newsletter&source=DDMorning&fbclid=IwAR3bBDi7JYfx79j7q3MbWEfx3abnssV68yhjn-5mC1YxiDg_jO7fCnyAHyY