Labor Unions âPlan To Turn Out An Armyâ Of Poll Workers For The Election â âFacing An Alarming Shortage Of Poll Workers Due To The Pandemic,â Unions Have Begun âRecruiting Their Members To Help Keep Precincts Openâ 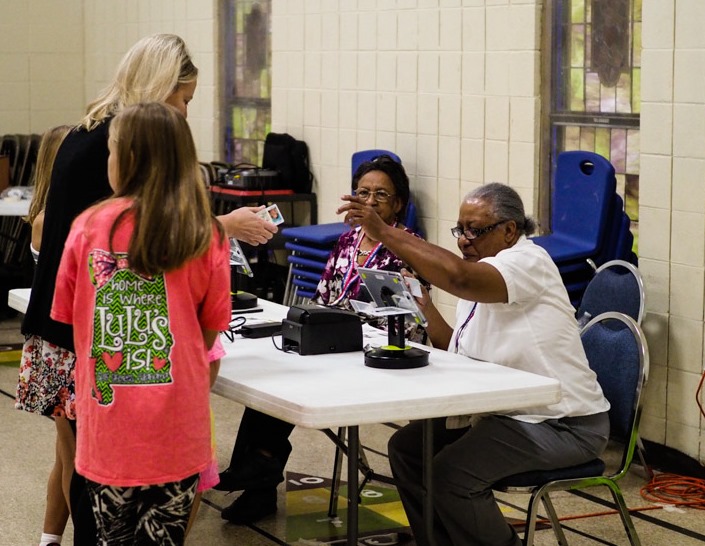 In a normal election year, Labor Unions would be kicking their canvassing programs into high gear right about now, sending Members door-to-door to talk with voters, but the Coronavirus has made this election anything but normal and Unions are changing their game plans.

Election officials fear a historic shortage of Poll Workers due to the pandemic, since such Workers tend to be senior citizens at high risk for the Coronavirus.

So, in a bid to keep voter turnout high, some of the largest Unions are recruiting their own Members to staff precincts on November 3rd and during early voting.

A lack of Poll Workers can lead to a lack of available polling places and voter disenfranchisement.

Given that the pandemic has made door-knocking infeasible in so many areas, Labor Organizations are diverting some of that energy and resources to the Poll Worker cause.

“With COVID, ‘door-to-door has gone by the wayside.’  ‘So this is how we show up for the moment,’” said Michael Podhorzer, who leads political strategy at the National AFL-CIO, which includes 55 Unions. “It’s a ‘million-person workforce that kind of has to be replaced.’  ‘This has to get done.’”

The National AFL-CIO’s Executive Council had discussed the Poll Worker issue in June and decided to make it a priority, Podhorzer said.

The goal is to find Union Members who aren’t especially vulnerable to COVID-19 and get them to sign up to work a polling place through their local election office.

Working the polls is a non-partisan duty that requires training and often comes with a stipend.

This year it will involve a few wrinkles, like wearing protective equipment, guiding people on social distancing and disinfecting voting machines.

AFSCME President Lee Saunders said his Union just launched its Poll Worker Recruitment Program, with a target of enlisting 1,200 Members in a handful of battleground states.

The program is new for this election and reflects how the Coronavirus has shifted the Union’s political strategy.

“We’ve’ never had to do it before, but we have to do it now because of the pandemic, and because of the issues the president is raising,’” Saunders said, alluding to the way Republican President Donald Trump has tried to undermine mail-in voting ahead of the election. “We’re ‘convinced that there’s going to be voter suppression efforts.’  ‘We just have to be prepared for this.’  Using our Members ‘is a smart thing to do because of their political activism.’”

Unions do seem like a natural fit for recruiting Poll Workers - they have a direct line to their Members, many of whom already volunteer for political work through canvassing and phone-banking.

The networks Unions have built through Workers and their family members make for an envious ground game every election year, helping drive turnout typically for Democratic candidates.

To Continue Reading This Labor News Story, Go To: www.huffpost.com/entry/labor-unions-recruit-poll-workers-election_n_5f511728c5b6946f3eaebbbd?ncid=engmodushpmg00000003&fbclid=IwAR1FW5VLXIKNXwlNUJkahy5G3sgNIx-EY_GJ1XpF-Pd520aJ0EElPi8VYLo