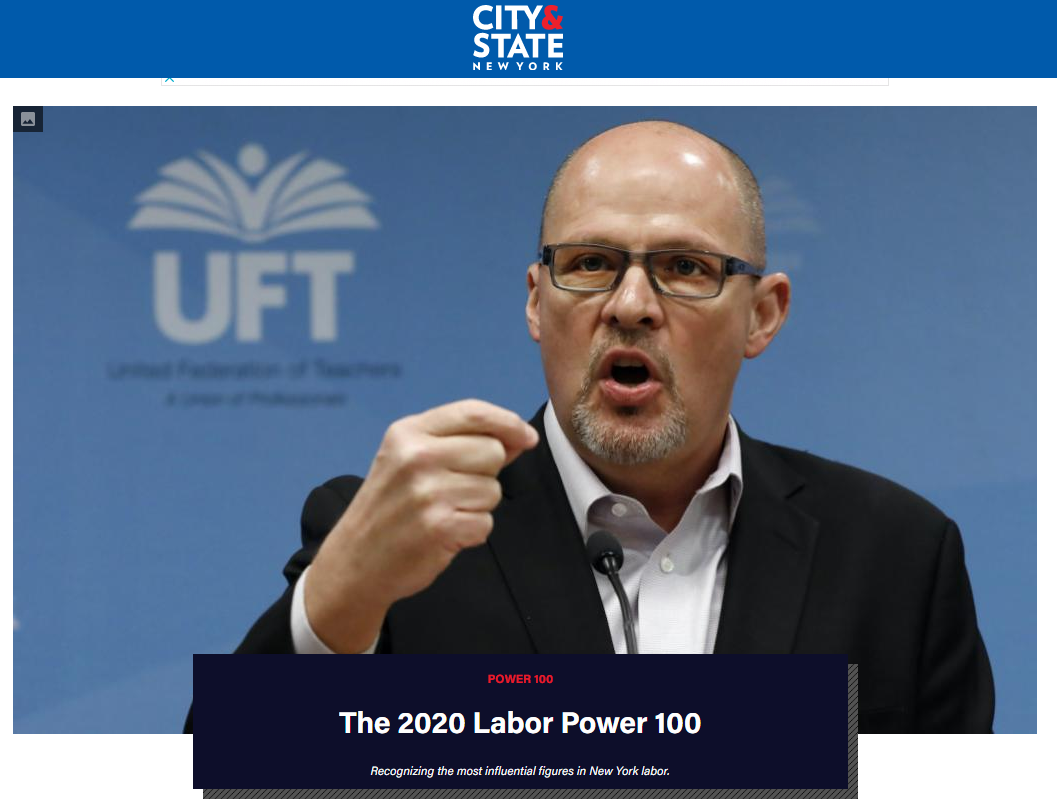 (ACROSS NEW YORK STATE) - The Coronavirus Pandemic has landed a powerful one-two punch on New York State’s Workforce, putting many Front Line Workers at risk of contracting the deadly virus while also hammering the local economy - and as a result, slashing city and state spending.  Yet, the State’s Labor Movement is battling back, proving its resilience and its worth in securing protections for Workers while lobbying against mass layoffs.

City & State - a media outlet dedicated to covering New York’s local and state politics and public policy, has released its latest Labor Power 100 List that highlights Labor Leaders who are influencing the government’s response - whether it’s how to restart schools or save transit systems or ensure adequate health care - as well as New York’s leading activists, academics and elected officials who are ensuring that working New Yorkers are not forgotten in the midst of an unprecedented crisis.

Rumore was elected President of the 3,600-Member BTF back in 1981 - and according to City & State, is among the most recognizable Organized Labor Leaders across the Western New York Region.

This year, Rumore and the BTF had called for a remote start to the school year and threatened legal action if Educators weren’t comfortable with the Buffalo School District’s reopening plan.  In August, the Buffalo Board of Education decided to start school with only remote classes.

“It’s ‘nice to be recognized, but as far as I’m concerned, there are more’ Union Presidents out there ‘who do a hell of a job for their Members who deserved to be recognized than just me,’” Rumore told WNYLaborToday.com.  “It ‘means more to me to win a battle.’” 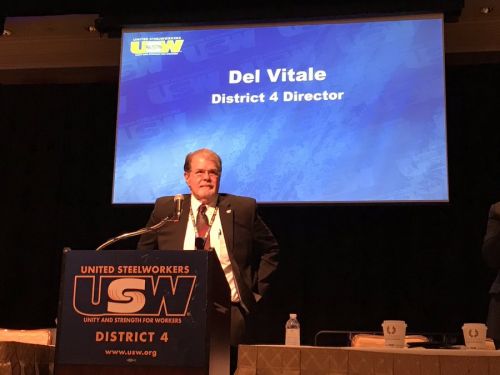 Vitale became Director of USW District 4 in July 2019 after serving as Assistant to the Director since 2015.

City & State said Vitale expressed support for Workers who spoke against racial discrimination and harassment at Tesla’s Production Facility in Buffalo – and as a life-long Union Member, Vitale also put in a plug for Organized Labor, saying a Union Contract is the simplest way to prevent workplace discrimination.