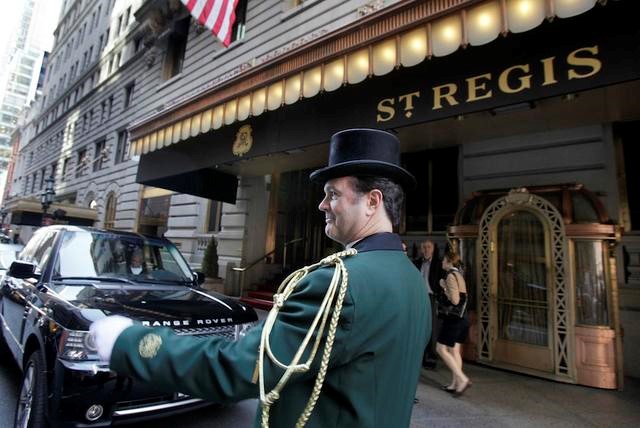 (NEW YORK CITY) - If you haven’t read a lot of Labor History or lived through the Golden Age of American Trade Unionism in the post-war boom, you’ll find the story of New York’s Local 6 almost impossible to believe.

The Local is the heart of New York’s Hotel Trades Council, which represents nearly all Workers at Manhattan’s major hotels, some 40,000 in all.

This Union has something that has vanished in most industries - serious Worker Power.

And it has used this power to negotiate astonishing benefits and protections.

For instance, Room Cleaners in New York hotels earn upward of $50,000 a year.

Union Members range from Restaurant Staff - such as Line Cooks, Dishwashers, Bartenders, Waters and Bussers, and Hotel Workers - including Desk Clerks, Bellmen and “back of the house” Staff, such as Laundry Workers and Cleaners.

The Union bargains for very long-term contracts, which protect Workers from having to negotiate concessions if a contract happens to come up during an economic downturn.

The current contract expires in 2026.

With tourism and business travel to New York on indefinite hold, some 90% of the Union’s Members are on layoff.

“Because our contract is long term, it is likely to ‘outlive’ the virus,” says Union President Rich Maroko. “There is ‘no other industry that I am aware of with such a long-term contract.’”

The Union also has what is probably America’s best Worker Health Plan.

It does not use commercial insurance, but runs state-of-the-art clinics located in four of New York’s boroughs, with salaried Medical Staff.

“One reason we’re able to negotiate such long-term contracts is our ‘unique ‘health care system,” Maroko said. “Because of that model, we’re ‘able to predict and control costs.’  In the private insurance market, ‘you can’t dictate cost increases and therefore you can’t project very far into the future.’  So even in most other Union Contracts, the parties ‘will only will go out two or three years.’”

In the pandemic, tens of millions of Workers have lost their health coverage, but thanks to the Hotel Union’s power, its Members have kept their full health coverage since massive layoffs began in March, and coverage will continue at least through the end of this month (September).

The cost to the hotel industry, which is largely shut down and losing money, is upward of $50 million a month.

Because of the very strong contract protections and the Worker Power that backs them up, Union Members on layoff also have extensive call-back rights that simply don’t exist in Non-Union workplaces.

“Non-Union employers ‘have no obligation to recall workers, nor do they have any obligation to offer recalled workers the wages, benefits, or working conditions they enjoyed prior to being laid off,’” Maroko says. “A Non-Union employer ‘could lower’ wages, eliminate benefits ‘and increase’ workload - ‘and there is little the Workers can do.’”

To Continue Reading This Labor News Report, Go To: https://prospect.org/labor/the-union-difference-new-york-hotel-pandemic/