The Future Of Labor Is Growing In South Dakota - Kooper Caraway, The Head Of The States AFL-CIO, Is Done With Thinking Small 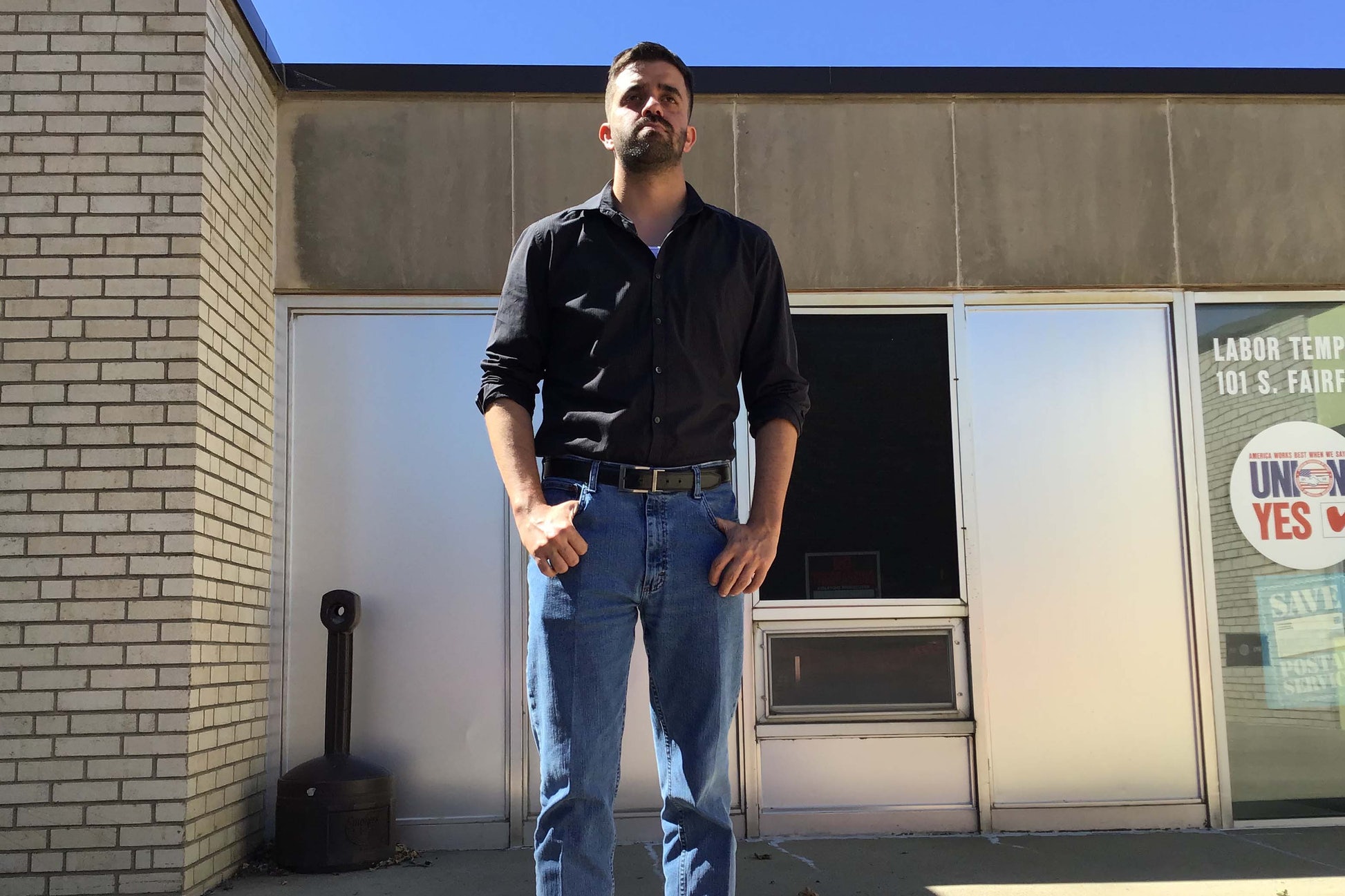 (SIOUX FALLS, SOUTH DAKOTA) - Kooper Caraway, the newly-elected President of the South Dakota AFL-CIO, sees his stated duty to improve the lot of the American Working Class as more of a calling.

Born in Alabama and raised in Texas, the 29-year-old son of a German-American Truck Driver and a Native American Retail Worker became aware of the inequities of social class at an early age.

And Caraway knows all too well what it’s like to suffer for lack of basic resources, let alone luxuries.

He’s “been to jail a lot,” he notes, thanks to his years of political activism.

When he was still a boy and his family’s water got cut off, he’d be forced to sneak over to a neighbor’s yard to surreptitiously fill up empty milk jugs so he could shower in the morning before school.

Now he is the country’s youngest State Federation President within the AFL-CIO and he aims to shake up the Nation’s creaking Labor bureaucracy in a big way.

His first foray into political action came in the second grade, when he organized a plot to steal the keys to the city and take control of its armory in order to seize power from the adults that he felt were causing all the world’s problems.

Despite such early militant impulses, little Kooper felt his life’s mission was to become a preacher.

His family wasn’t especially religious, he recalls, but he carried his Bible around with him, taking at least one of its messages to heart - the one involving rich men and needles.

“As far as I could tell, what the book was saying, or at least what Jesus Christ was saying, was that all people - thieves, murderers, Sex Workers - could achieve salvation, except rich folks,” he says. “Rich folks are not getting in.  And looking around as a kid, it seemed pretty clear to me that all the struggles that me or my family or my neighbors or my friends or anyone else in the community were going through were directly tied to rich folks.”

This youthful fascination with religion was politically charged, but his coming-of-age in the activist world occurred a little later.

Like many Millennials, he was galvanized by the abuses of power that marked the George W. Bush years - and particularly by the illegal invasion of Iraq in 2003.

Caraway organized protests and actions to chase Immigration and Customs Enforcement (ICE) out of his small Texas town, where they’d begun raiding his neighbors’ homes.

After the Feds cleared out, Caraway threw himself into community organizing, with a focus on police brutality and an appreciation for the organizing power of Labor.

“By the time I was a teenager, it was just clear to me that the Labor Movement, with its blemishes and imperfections and historical grave wrong decisions, was the movement that had the potential to provide the earth-shattering change that I wanted and felt like I needed,” he said.

To Continue Reading This Labor News Story, Go To: https://newrepublic.com/article/159194/future-labor-growing-south-dakota