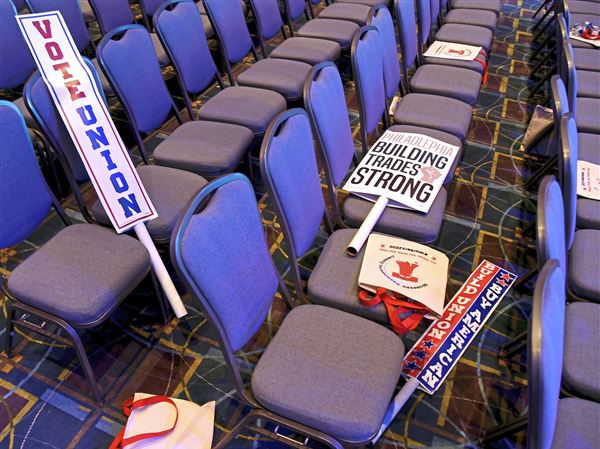 Fifty-five years ago, in a speech delivered at the Illinois AFL-CIO Convention, the Reverend Martin Luther King Jr. laid out with characteristic moral clarity the essential role of Unions in American life: “The Labor Movement was the principal force that transformed misery and despair into hope and progress.  (When) the wave of Union Organization crested over the Nation, it carried to secure shores not only itself but the whole society.  Civilization began to grow in the economic life of man, and a decent life with a sense of security and dignity became a reality rather than a distant dream.”

The words of Dr. King are as true today as they were back then - and more urgent now than ever.

After generations of sweat and sacrifice, fighting hard to earn the wages and benefits that built and sustained the American Middle Class, Unions are under siege.

As Workers struggle against a deadly pandemic, a painful recession and deep racial disparities, the Labor Movement also faces an additional burden: A Union-Busting President.

When he isn’t calling to boycott Goodyear and its thousands of Union Workers for petty personal reasons, Donald Trump is actively fighting against Working People.

That’s because, like so many CEOs and Wall Street robber-barons, he knows that if he can diminish Union Power, he can run the table on every American Worker.

As we celebrate Labor Day, let’s end the war on Labor’s house and put power back in Workers’ hands.

Strengthening Unions and empowering Workers is essential to our recovery from the devastating challenges Trump has allowed to fester.

We need to finally get serious about defeating the pandemic, digging out from the worst jobs crisis in nearly a century, and healing the long-standing wound of racial injustice.

And a big part of meeting those challenges will come from seizing this opportunity to build an economy that serves the dignity of the hard-working people who make it run.

The key to that is to create good-quality jobs with a fair choice to join a Union - a choice that nearly 60 million Americans are eager to make if given a chance, according to the latest research.

Those jobs are at the heart of the Build Back Better Plan that will guide our recovery in a Biden-Harris Administration.

The plan starts with a transformational $2 trillion investment to rebuild America’s infrastructure, lead the world in clean energy and position our auto industry for a long, bright future.

That investment will revitalize schools, roads and bridges - modernize our communities - and make our airports, seaports and inland waterways the finest in the world.

And by finally investing in another form of infrastructure - America’s long-undervalued bedrock of Caregivers and Educators - millions of people will be freed up to pursue the dignity and security that comes from landing a good job.

Most important, the entirety of those investments will support a Made in America future - driven by Union Workers.

The materials to rebuild America will be made here at home.

The supply chains will run through American towns.

The jobs will be well-paying, Middle Class Union jobs.

To Keep Reading This Labor Perspective, Go To: www.post-gazette.com/opinion/Op-Ed/2020/09/07/Joe-Biden-Richard-Trumka-Put-power-back-in-workers-hands-Labor-Movement-Unions/stories/202009040046?fbclid=IwAR0qmOu-n4oM1MISy-s2EMRyQX0KgjndhIfXo9A7bCCoGv4LxYX7eTRr9GI