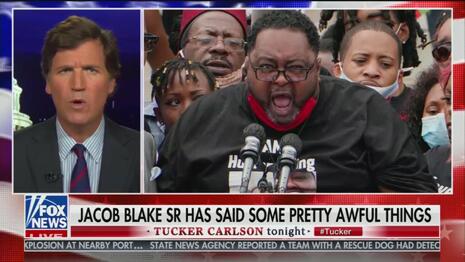 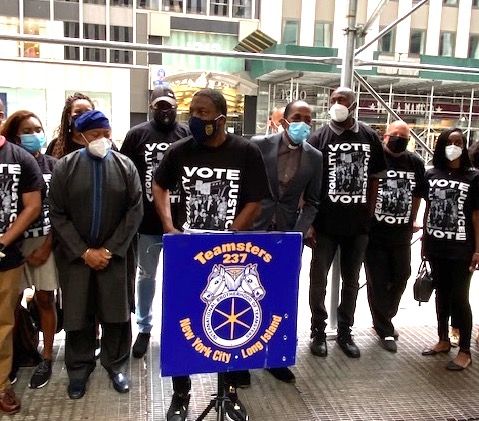 On Sunday August 23, 2020, Jacob Blake, a 29-year-old, father of three, was shot by Kenosha, Wisconsin Police Officers seven times in the back as he opened the door of his vehicle where his children awaited.  He is now paralyzed.

A detailed video account of the shooting subsequently emerged on social media, sparking angry protests that prompted the city to declare an emergency curfew.

At the news conference, officials said it was the killing of yet another Black man at the hands of law enforcement and some defined this recurring action as a “pandemic within a pandemic.”

On the controversial show that aired on Wednesday August 26th, 2020, Tucker Carlson said: "Are we really surprised that looting and arson accelerated to murder?  How shocked are we that 17-year-olds with rifles decided they had to maintain order when no one else would?"

This statement is a string of many that shows his questionable judgment and menacing sentiments, such as claiming Dr. Fauci is a fraud, stating that White Supremacy is not a problem and claiming House Intelligence Committee Chairman Adam Schiff is mentally ill, to name a few.

The latest outrage has added to the fever pitch of calls to dismiss Carlson from his influential post at FOX News Network.

“As the President of the Local 237, the largest Local in the International Brotherhood of Teamsters, I speak for the (24,000) Members of the Local 237, largely Essential Workers, who are finding it increasingly difficult and at times like these, impossible, to stomach the lies that are coming from so many corners of this country,” Floyd said.

“Tucker Carlson has been spinning racist webs of dangerous lies and deceit for too long and it’s time for it to come to an end.  Justifying homeland terrorism is nothing more than reviving the violent uprisings of the past and placing them in our present. But this is a different time and we won’t stand for it.  He has gone past ‘dog whistles’ and straight to inciting violence and we demand accountability; even from a news anchor on the number one ‘alternative fact’ news network.  FIRE TUCKER CARLSON!,” the Teamster President said.

In July, Tucker Carlson’s top writer was dismissed from his job once outed as an influential blogger that posted bigoted remarks on an on-line forum known for its racist, sexist and other offensive content.

After the revelation, Carlson took an abrupt one-week vacation - likely, those at the news conference said, to recover from the backlash.