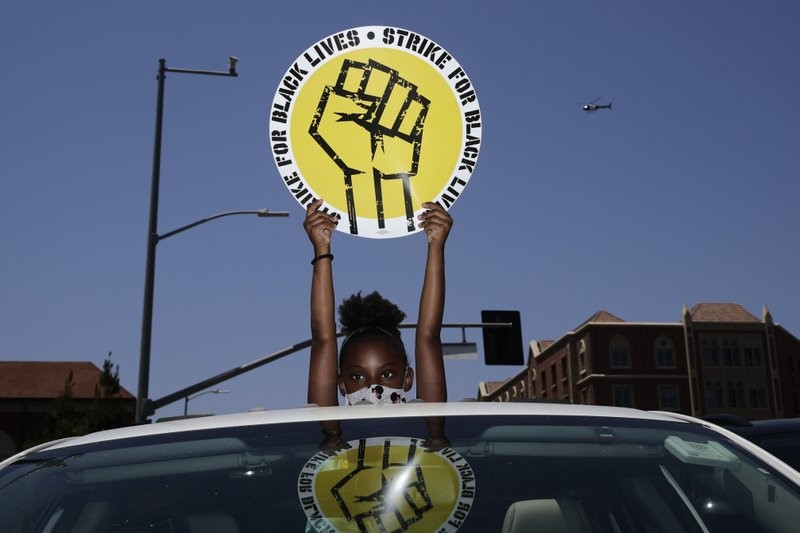 In a statement first shared with The Associated Press (AP), Labor Leaders who represent Teachers, Auto Workers, Truck Drivers and Clerical Staff, among others, have signaled a willingness to escalate protest tactics to force Local and Federal Lawmakers to take action on policing reform and systemic racism.

They said the walkouts, if they were to move forward with them, would last for as long as needed.

“The status quo - of police killing Black people, of armed White Nationalists killing demonstrators, of millions sick and increasingly desperate - is clearly unjust, and it cannot continue,” the statement says.

It was signed by several branches of the American Federation of State, County and Municipal Employees (AFSCME), the Service Employees International Union (SEIU), and affiliates of the National Education Association (NEA).

The broader Labor Movement has been vocal since the May 25th killing of George Floyd, a handcuffed Black man who died after a White police officer pressed his knee into Floyd’s neck for nearly eight minutes during an arrest over counterfeit money.

The death of Floyd in Minneapolis set off an unprecedented surge of protests and unrest from coast to coast this Summer.

In July, Organized Labor staged a day-long Strike with Workers from the Service Industry, Fast-Food Chains and the Gig Economy to call out the lack of Coronavirus Pandemic protections for Essential Workers, who are disproportionately Black and Hispanic.

Now, in the wake of the August shooting of Jacob Blake - who was critically wounded by a White police officer in Kenosha, Wisconsin, the Union Leaders say they are following the lead of professional athletes who have staged walkouts over the shooting.

Basketball, baseball and tennis league games had to be postponed.

Some athletes resumed game play only after having talks with league officials over ways to support the push for policing reforms and to honor victims of police and vigilante violence.

“They remind us that when we strike to withhold our Labor, we have the power to bring an unjust status quo to a grinding halt,” the union leaders said in the statement.  “We echo the call to Local and Federal Government to divest from the police, to redistribute the stolen wealth of the billionaire class, and to invest in what our people need to live in peace, dignity, and abundance: Universal health care and housing, public jobs programs and cash assistance, and safe working conditions.”

To Continue Reading This Labor News Story, Go To: https://apnews.com/02da00cb921ec61a69d8a30c9ff56244?fbclid=IwAR0xFqmEUuZOgf3oM09B-pnLn9VLyjm0kxwnlsehizgZPTCKapredf7hSUM