A Different Kind Of Labor Day: WNY Unions Celebrate 2020 In A 100-Plus Car Caravan That Travels Throughout Buffalo To Focus A Spotlight On Essential Workers, The Pandemic Fight & The Need To Remove President Trump From Office 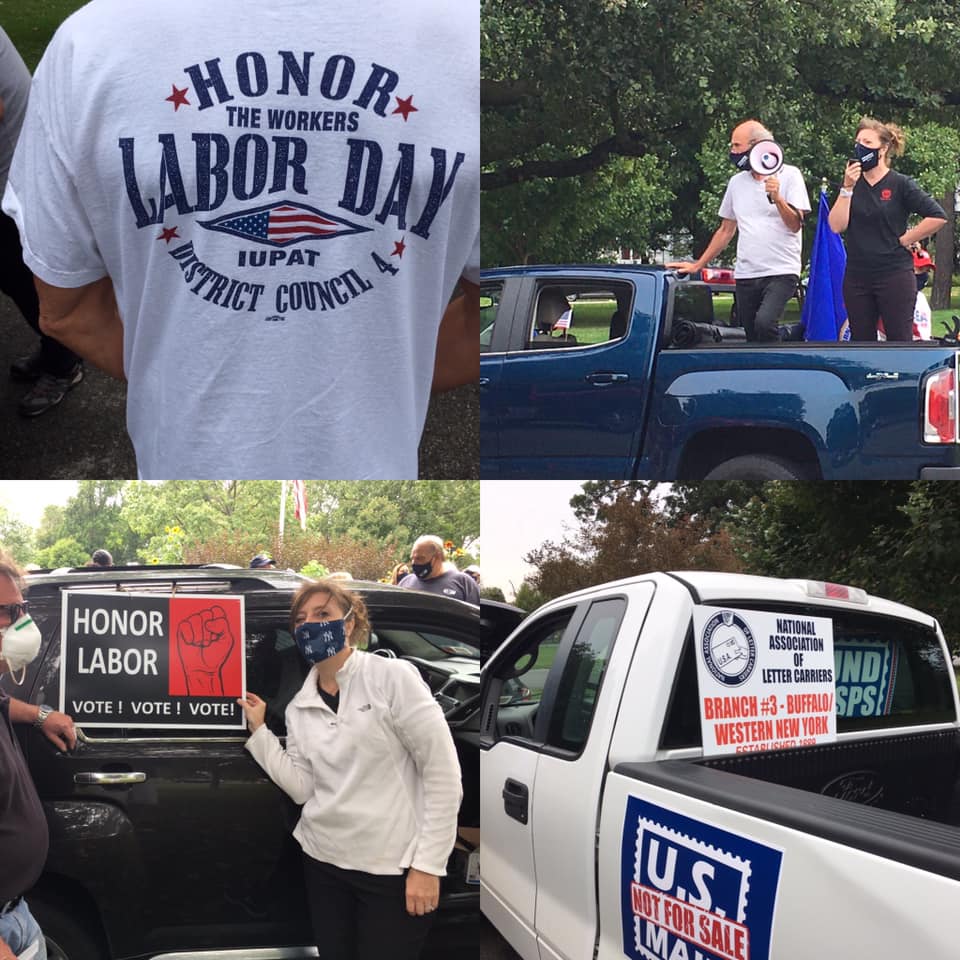 (BUFFALO, NEW YORK) – It was a different kind of Labor Day that was observed this year in Buffalo as the familiar sounds of thousands of Unions and Members who annually participate in a massive show of Labor Solidarity in South Buffalo was transformed into a 100-plus car caravan that traveled throughout the City of Buffalo to focus a positive spotlight on the worth of Essential Workers, their fight for Workers’ Rights during this Coronavirus Pandemic and the need for Working People to oust incumbent President Donald Trump in the November Election.

“Yes, ‘it is’ different, ‘but we’re doing this safely while still honoring Labor’ - (recognizing) ‘what we’ve done, how far we’ve come and where we need to go,’” Buffalo AFL-CIO Central Labor Council President Denise Abbott told WNYLaborToday.com Monday (September 7th) as vehicles were still assembling for the car caravan in Cazenovia Park, which usually serves as the end point of the Labor Day Parade and where an extremely large picnic is historically held.

“We ‘have a lot of fights coming up,’” she told those assembled at the car caravan through the aid of a bullhorn before Unionists pulled out to start their 14-mile trek, a 45-minute ride through several sections of the City of Buffalo, including the minority-heavy West and East Sides, before finishing at 1199 Service Employees International Union’s (SEIU) Offices on Main Street.

“Black Lives Matter - the killing of Black People ‘by rogue’ Police Officers… ‘We need to change the system’… ‘We need to save’ the (United States) Postal Service… ‘And we need to get Trump out of office.’  ‘(Trump) is single-handedly destroying Unions, pulling (workplace) protections’.  ‘We need to protect’ Workers, including Teachers.  ‘We need to make it safe for them.’  So, today, we also celebrate ‘us.’  ‘Today is all about us.’  ‘We will continue the fight.  ‘We are, Union Strong!,’” Abbott, who also serves as the Health and Safety Officer for Communications Workers of America (CWA) Local 1168, said.

Abbott’s words were not lost on Western New York AFL-CIO Area Labor Federation (WNYALF) President Richard Lipsitz, who told Your On-Line Labor Newspaper: “This is ‘1918, 1929 and 1968 - all rolled into one.’  We are ‘fighting on three fronts:’ A pandemic, ‘mishandled’ by our President; ‘massive’ unemployment; ‘and fighting racial injustice’ - ‘all during an election year.’  ‘It’s a remarkable thing.’  ‘And, we are recognizing our Essential Workers, who are putting their lives on the lives every day.’  ‘We must remember them.’”

Numerous Unions, their Leadership and Members took part in the car caravan, including CWA Locals 1122, 1133 and 1168, the United Steelworkers (USW), The International Alliance of Theatrical Stage Employees (IATSE) and IATSE Local 52 Motion Picture Studio Mechanics, the Civil Service Employees Association (CSEA), the Teamsters, the Public Employees Federation (PEF), United University Professions (UUP), Service Employees International Union (SEIU) and the National Association of Letters Carriers (NALC) Branch 3 and the Teamsters, to name just some of the many.

Briggs told WNYLaborToday.com: “Even ‘during’ a pandemic, Labor is ‘getting the word out: There is strength in solidarity.’  It’s (Organized) Labor ‘that lifts the life standards of Workers.’”

Asked how his Western New York Membership of 1,500 Active Letter Carriers are faring with the barrage of attacks on the U.S. Postal Service and its Union-represented Employees, Grosskopf answered: “Morale ‘is low and people are afraid of these uncertain times.’  ‘That’s why this is the election of our lives.’  ‘We are concentrating all our efforts to help keep the Postal Service alive and running for another hundred years.’”

Here’s a look at some of the Unionists and their vehicles who assembled in Cazenovia Park to take part in the 2020 Labor Day Caravan (WNYLaborToday.com Photos): 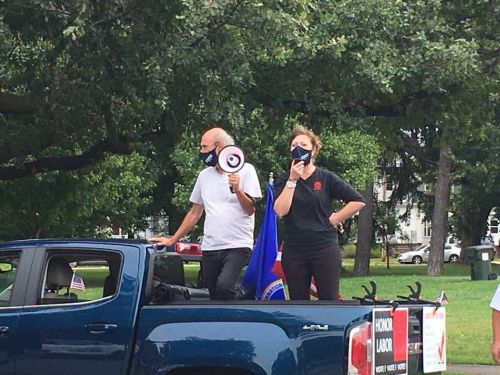 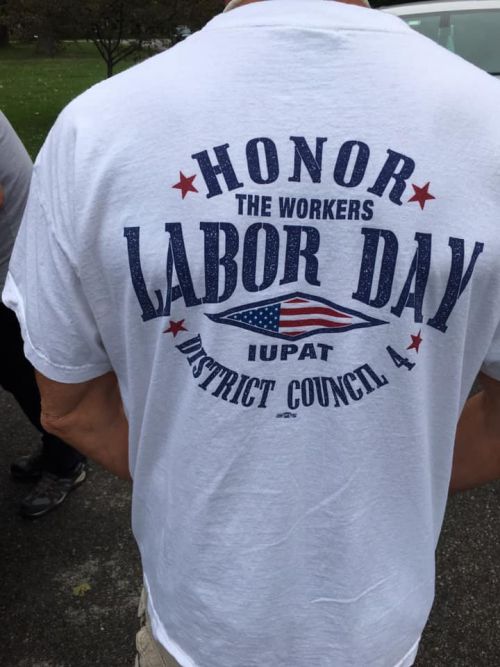 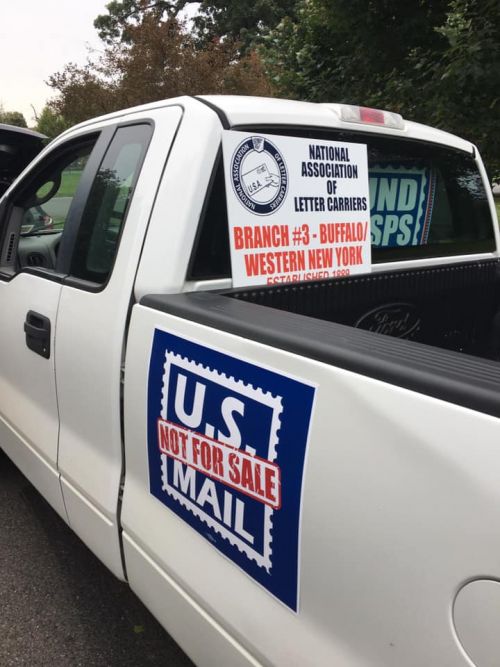 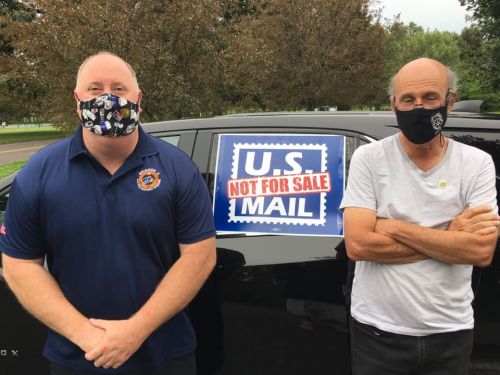 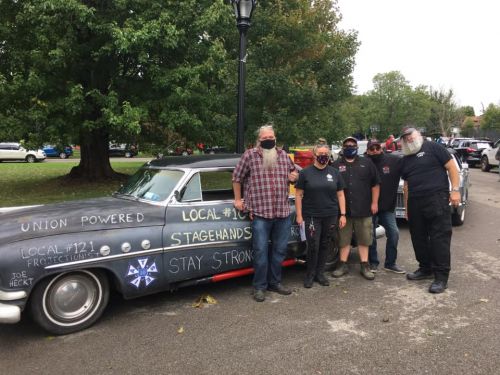 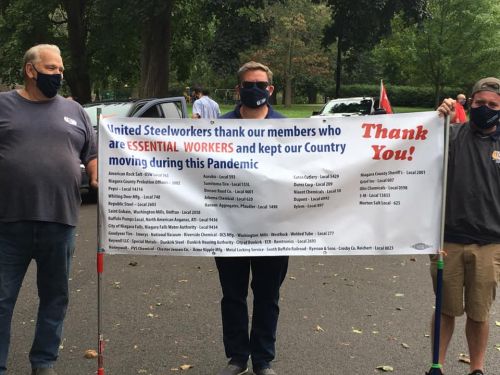 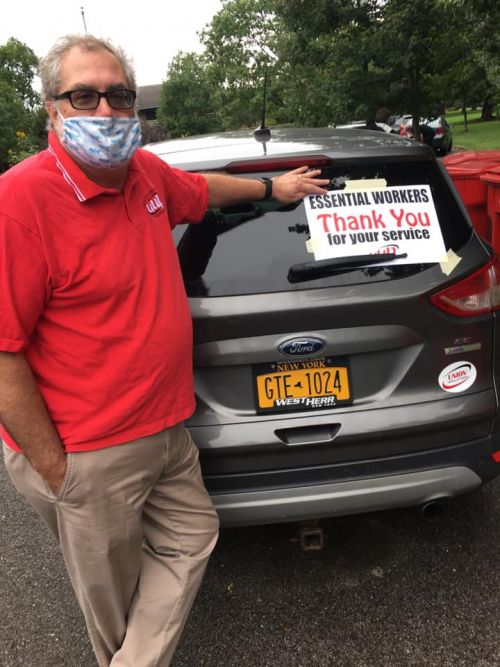 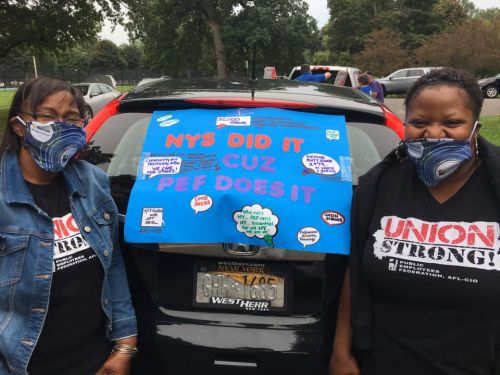 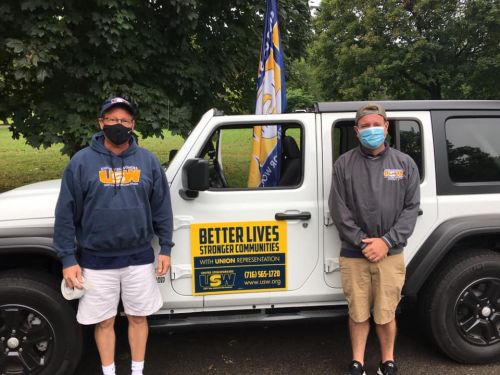 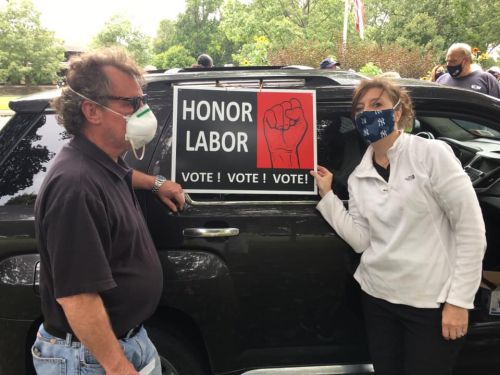 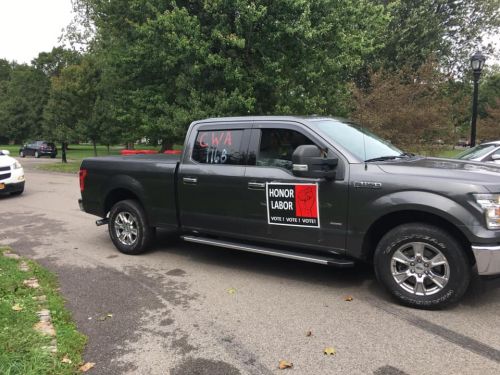 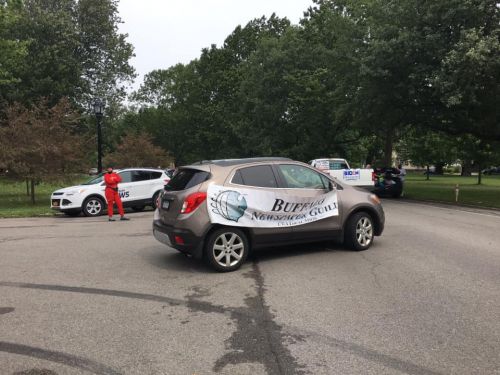 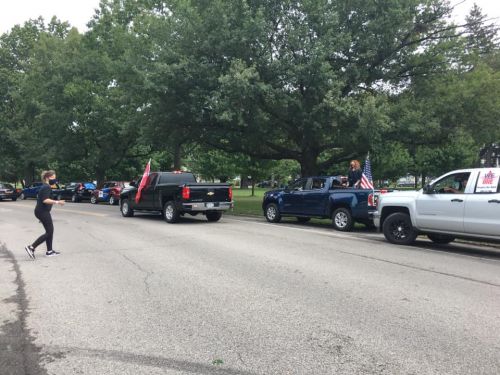 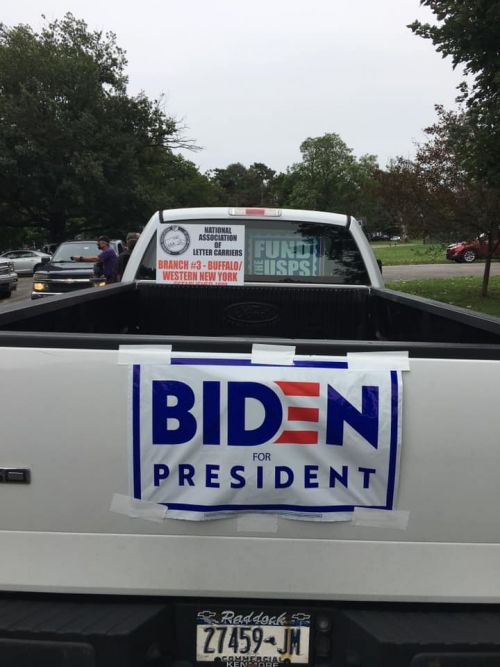