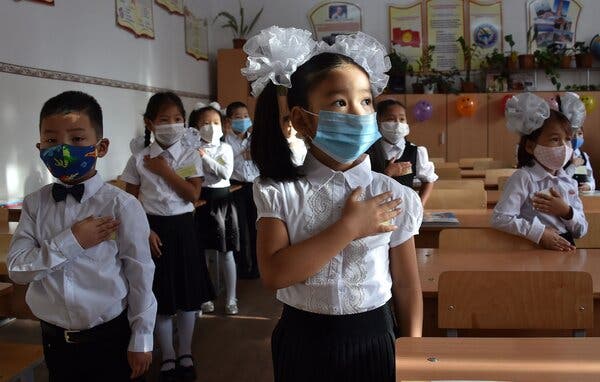 (NEW YORK CITY) - The MORE Movement, a collective of United Federation of Teachers (UFT) Members, associates of school communities and their allies, held an emergency meeting this past weekend to discuss authorizing a possible Teachers’ Strike due to safety concerns surrounding Mayor Bill de Blasio’s plan to reopen schools during the ongoing COVID-19 Pandemic.  More than 1,000 people logged onto the virtual event, which proved to be successful.

Mayor Bill de Blasio has since announced that city public schools will reopen on September 21st, instead of on September 10th, and Teachers will have until September 15th, to work out school lesson plans and adjust to new guidelines on Tuesday.

“We tried to use the avenues that already existed,” said Martina Meijer regarding delaying partial in-person classes scheduled for September 10th for public kindergarten to high school classes.

“There is a saying that ‘when you feel helpless, help someone. When you feel powerless, take up power,’’” Meijer said.

When trying to figure out ways to draw attention to her concerns about her District 22 school reopening, it took collaborating with another Teacher to combine their efforts to request time with their Union Chapter Leader.

“It was ‘more impactful that there were two of us (at a District 22 meeting) and the (Chapter Leader) was able to send some Staff Members to our principal who shared our concerns,’” Meijer said. “We asked the Union ‘to be the Union we want it to be, not the place where complacency will reign.’”

At MORE, lesser experienced Members are working with more experienced individuals to prepare for a possible Strike.

“My partner is a Science Teacher and he drew me pictures of that curve (in March) before I even saw it in the news,” said Mary Maddox, a Teacher at the Young Women’s Leadership School in East Harlem. “It ‘felt like a train heading off the track.’  Then de Blasio said, ‘We are going back,’ and ‘I panicked.’”

When the city initially expected Teachers to return to work in late Winter, Maddox and a skeleton crew of other Teachers planned a sick out, but as the gravity of COVID-19 became clear, the New York State Government decided to issue a government shutdown for March 15th.

Now, Maddox is concerned about the mayor’s “blended” reopening plans.

“We ‘had a lot of hard-working Staff Members working on the opening team, but they were working with these trash choices,’” Maddox said. “I ‘expressed gratitude for the work they were doing,’ but I said: ‘Hey I think we can push for a little bit more here.’”

Maddox, along with other members of MORE’s caucus, pushed for medical accommodations, surveyed Teachers about going back to campuses and their school leadership, and they wrote letters to parents and families about their apprehensions.

To Continue Reading This Labor News Report, Go To: http://laborpress.org/coronavirus-fears-stoke-strike-talk-ahead-of-sept-10-reopening-of-schools/