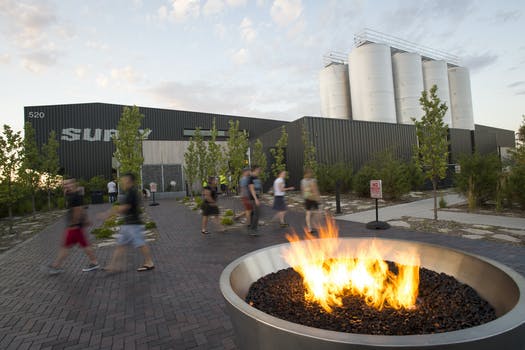 (MINNEAPOLIS, MINNESOTA) - Employees at Surly Brewing Company's beer hall and pizzeria have decided to Unionize in a response to pay issues and safety concerns.

The popular Minneapolis Brew Hall has been busy in recent weeks, but Organizers said many Employees are working without health benefits and have seen their pay decrease - even as the company has added a 15% service charge management said was meant to help Workers.

On Monday (August 31st), Members of Surly's Hospitality and Kitchen Staff Members told management of their intent to Unionize as part of Unite Here Local 17, which represents more than 6,000 Workers in hotels, restaurants and other hospitality establishments in Minnesota.

"In a time of uncertainty, our demands include open conversations and mutual transparency," according to a statement from the organized group Unite Surly Workers. "As dedicated Employees, we deserve a say in changes that affect our compensation, health insurance and employment.  Since its inception, Surly has been a leader in the beer industry.  Today, we are asking them to pioneer the fight for Workers' Rights."

The new Bargaining Unit would cover up to 110 Workers.

Beer Production Employees would not be eligible.

After the beer hall reopened in June, Surly stopped taking cash payments, and the tip line was removed from card bills.

While hourly wage for Front-of-House Workers has been increased, Megan Caswell - who pours beer for customers at Surly, estimates her wages have fallen 40% - without tips.

On top of that, Caswell doesn't have health benefits and isn't clear when or if she will ever receive them.

"We're ‘kind of all running around doing the best we can but - it's pretty disorganized,’" said Caswell, who has worked for Surly for about five years.

Back-of-House Workers - such as Dishwashers were given even less of a pay bump, usually around less than $1 per hour, Workers said.

The Surly Staff, as at most other restaurants, was furloughed in March when eating establishments had to close their dining rooms because of mandated restrictions aimed at stemming the spread of COVID-19.

But Workers were concerned with their safety when the brewery went to a counter-service model where people would form long, crowded lines to gather their orders.

Despite complaints from Employees, the counter model continued until late July when Surly had to close for about a week after an Employee tested positive for COVID-19.

To Continue Reading This Union Organizing Story, Go To: www.startribune.com/surly-employees-inform-management-of-their-intent-to-unionize/572275552/?refresh=true