In A Big Non-Surprise, Trump Turns On Labor Unions 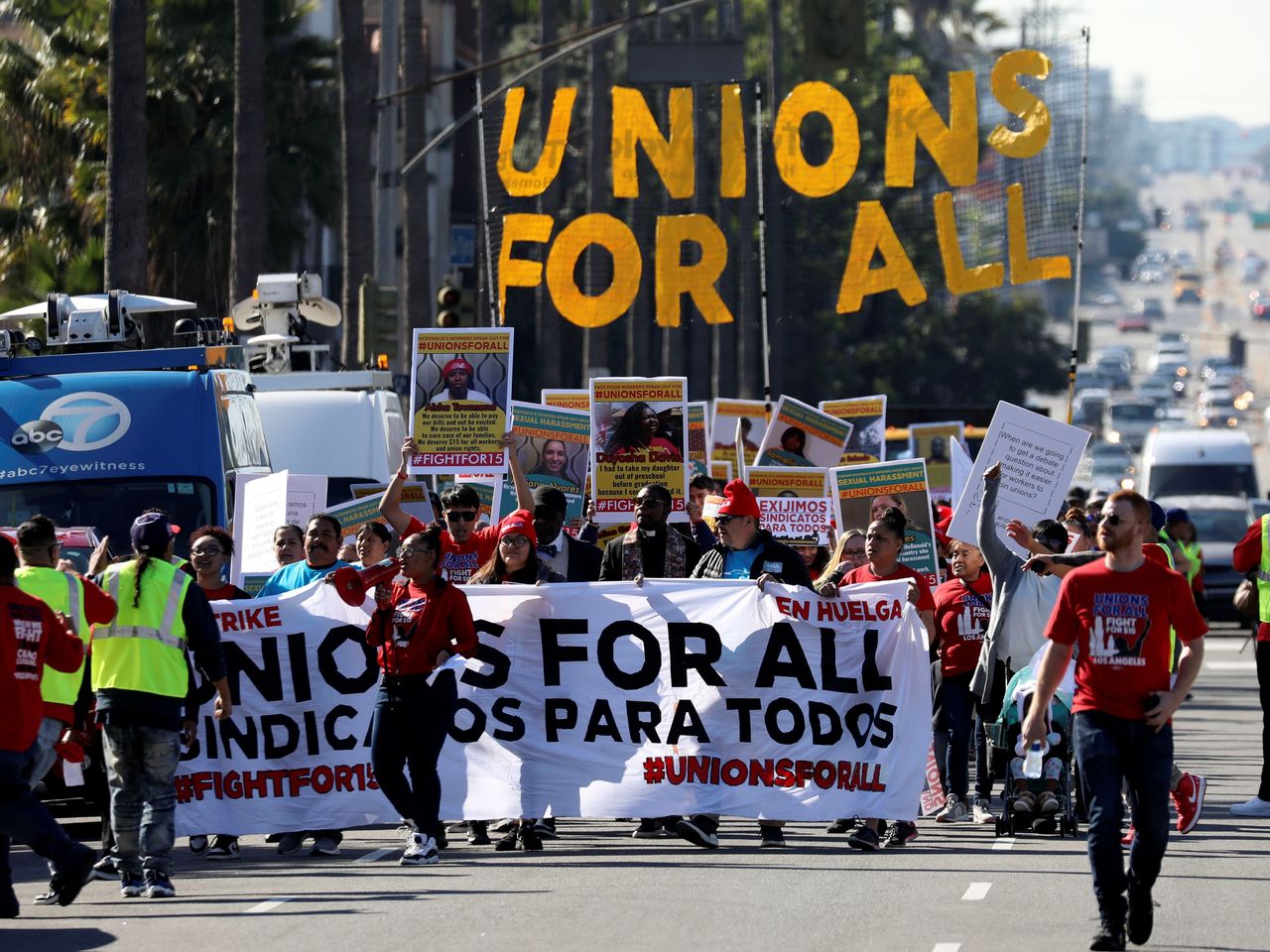 (WASHINGTON, D.C.) - Back in 2016, North America’s Building Trades Unions (NABTU) endorsed Democrat Hillary Clinton for President.  However, once Republican Donald Trump won they responded warmly to his promise to be the Builder-in-Chief as Trump told them he planned to spend $1 trillion on infrastructure. Maybe even $2 trillion!

Here’s Trump speaking to the group early in his Presidency: “I know these people well, you wouldn’t believe it.  I know them too well.  I know them too well.  They cost me a lot of money.  I spent a lot of money, but I love them, and they’re great, and their people are fantastic.  The fact is you take pride in every part of your work - every joist, bolt and rivet.  You’re not only builders, but you’re artisans, very talented people.  A lot of people don’t understand, you’re very talented people - enriching our cities and landscapes with works of great beauty.  And just as you take pride in your work, our nation takes great, great pride in you, believe me.  And it’s time that we give you the level playing field you deserve.  Washington and Wall Street have done very, very well for themselves.  Now it’s your turn.  And you’re going to be also sharing the wealth.”

As we all know, the whole infrastructure thing never happened.

Hell, it became the butt of a joke.

Then the Trump Administration proposed new rules for Apprenticeship Programs that would be governed by industry - not Unions.

NABTU’s President, in an inspiring display of Worker Solidarity, said that would be fine as long as NABTU was excluded from the proposal.

Labor Secretary Alex Acosta assured him it would be.

Well, as we all know, Acosta was forced out of office due to Epstein program related activities, and his chief-of-staff was already gone due to his management philosophy of “profanity-laced tirades and belittlement of subordinates.”

So at that time, Mick Mulvaney was put in charge of running the show and he was not the kind of guy who was sympathetic to carve-outs for Organized Labor.

They are the enemy, after all.

So now, the two sides are on the brink of war, endangering a key bloc of Trump’s support in Midwestern Swing States in 2020.  At issue is a deal gone bad between Trump and North America’s Building Trades Unions over a Labor Department Apprenticeship Initiative, the politics of which have grown more complicated since the ouster of Labor Secretary Acosta.  Leaders of the Union Federation worry that the final version will undermine their own job training programs and create a supply of cheap labor for developers, undercutting highly-skilled Construction Workers who rely on Prevailing Wage jobs to make ends meet.

“It’s an ‘existential threat’ to the Building Trades,” said a former administration official with knowledge of the discussions.

And it has the powerful group - a Union Federation that represents millions of Construction Workers across the U.S. - seeing early signs of a Member-driven revolt against Trump in the November 2020 Election.

To Continue Reading This Labor News Story, Go To: www.motherjones.com/kevin-drum/2019/08/in-big-non-surprise-trump-turns-on-labor-unions/?fbclid=IwAR2xtA2qQ-hB5YTZo1x-kfC7DA53qUExa0V3OJMpOMI_CJHDdu7BEmJ7cs0