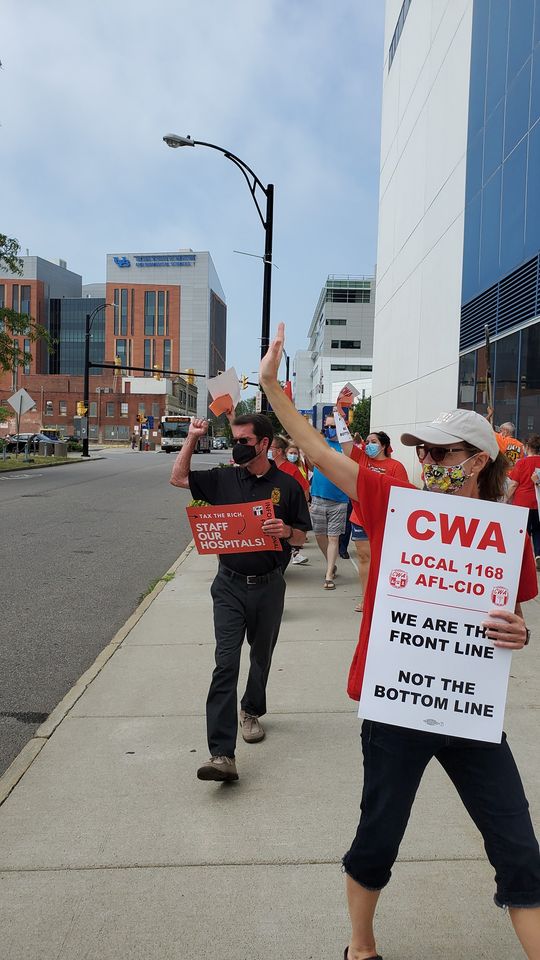 The rallies occurred at Buffalo General Hospital in Downtown Buffalo, Mercy Hospital of Buffalo in South Buffalo and Millard Fillmore Suburban Hospital in Williamsville - and were part of a series of statewide rallies and a week of action undertaken by Union-represented Health Care Workers to focus the call for additional taxes on the ultra-wealthy and to fund staffing increases.

The public action was taken after the New York State Department of Health released the results of a Safe Staffing Study that Unions - including the CWA, PEF and the New York State Nurses Association (NYSNA), had anxiously awaited for during the past eight months - a long overdue study that they now say failed to provide concrete steps to solve the immediate staffing crisis.

In a letter (pictured below) that was sent to Health Department Commission Howard Zucker, the Unions said they were “incredibly dismayed by the conclusion of this long-overdue study.” 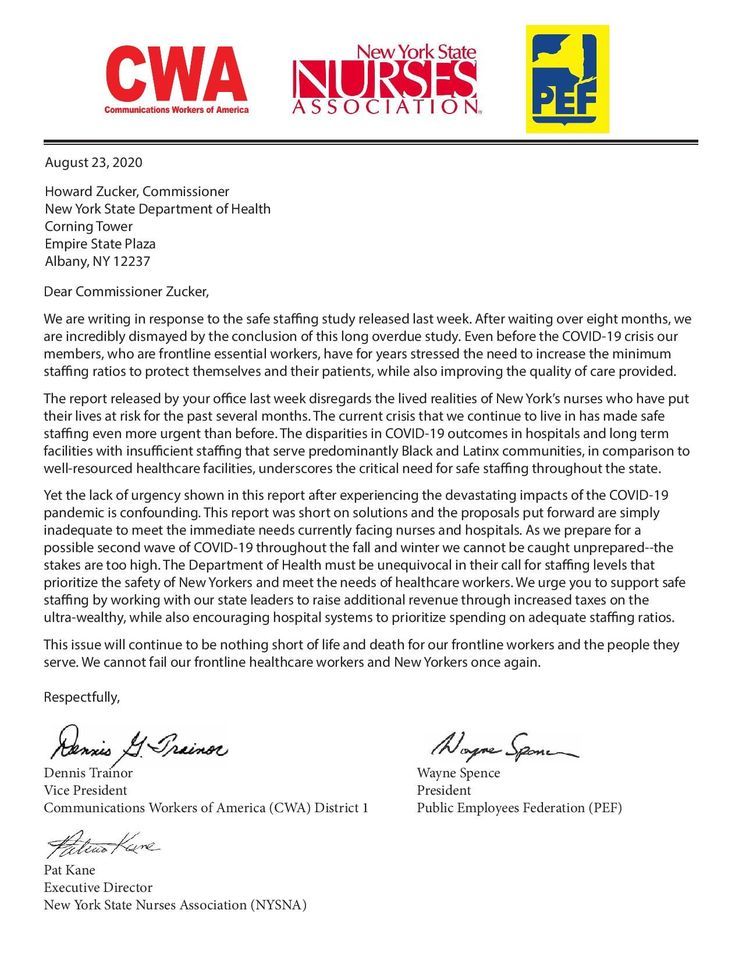 “The report released by your office disregards the lived realities of New York’s Nurses who have put their lives at risk for the past several months.  The current crisis that we continue to live has made Safe Staffing even more urgent than before.  The disparities in COVID-19 outcomes in hospitals and long term facilities with insufficient staffing that serve predominately Black and Latinx Communities, in comparison to well-resourced health care facilities, underscores the critical need for Safe Staffing throughout the state,” Union Leaders said in their letter.

During Thursday’s public actions, Union Representatives said adequate staffing is critical to saving lives through improving the quality of care for patients and protecting Health Care Workers while on the job. 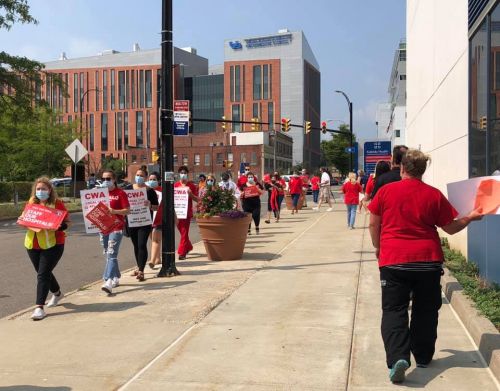 The COVID-19 Pandemic has made that fact clearer than ever, they said, bringing the State’s Hospital and Nursing Home System to the brink of disaster and exposing critical long-term shortcomings in Health Care Staffing.

As New York prepares for a second wave of COVID-19, the Unions and the Health Care Workers they represent joined together to urge immediate action by the state to raise taxes on the wealthiest New Yorkers and to provide the necessary funding to guarantee safe staffing levels in health care facilities across New York.

NYSNA, meanwhile, cited the Department of Health’s failure to listen to Front Line Nurses and incorporate their expertise into the policy-making process.

The report demonstrates a staggering lack of understanding of how nursing care is provided and its methodology is fatally flawed, NYSNA Officials said.

Estimates of the economic impact of minimum staffing standards are wildly overstated and the report fails to incorporate any key lessons from the first wave of COVID-19, the Union said.

For More On This Labor News Story, Go To: https://www.nysna.org/press/2020/statement-nysna-largest-new-york-nurses-union-regarding-nys-department-health-nurse#.X0gb1ehKiiM

And For More, Watch The CWA Video On The Buffalo Events In The WNY Labor News… NOW! Video Cube On WNYLaborToday.com’s Front Page.