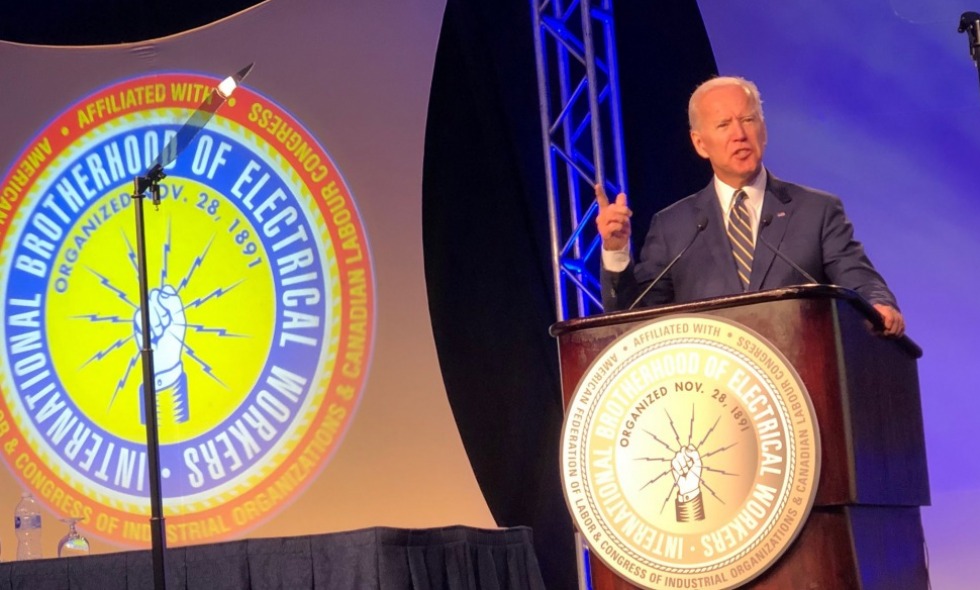 If you, like millions of Americans, have been paying attention to the course our country is on, you are worried about a crashing economy, a global pandemic and the largest protest movement many of us have seen within our lifetimes all happening at once.

Any one of these things alone would be enough to cause our families anxiety and concern.

Lucky for us, we have all three, but none of them are unprecedented.

The United States is resilient and its people - for the most part - are good and always striving to be better.

On top of all this, one of the most pivotal elections ever is upon us.

Millions of Americans will vote for the changes they believe we need.

Some will vote to clean the slate entirely.

Still, others will vote simply along party lines.

You have a very special obligation.

You are a member of a Trade Union.

The Labor Movement is the last vestige of power for Working People.

It is the only organized group left that amplifies the voice of young Workers paying college loans and saving for a future, of the parents raising a family and doing their best to provide safety and opportunities for their children.

Organized Labor is the last advocate of those who have worked a lifetime and wants to retire in dignity with a level of security and comfort a lifetime of work should provide.

All those things are at risk.

They have been for quite some time, but never more than now.

Those who would dismantle our Union are using the cover of our current situation to advance their agenda.

Greed, unfortunately, has not been shut down by COVID-19 - and it has found a champion in the White House.

President Donald J. Trump has pushed forward an agenda that is not Worker-friendly.

He has at every corner done his best to unleash corporate power and silence Workers.

He’s rolled back Wage Theft Protections and overtime standards, and he has undermined OSHA (The U.S. Occupational Safety & Health Administration).

He got those done with Executive Orders, no Congressional approval needed.

The more lasting damage comes with lifetime judicial appointments that have already resulted in case precedents that have undermined Labor’s ability to do what it was created to do, which is to organize Workers.

He has found ways at the behest of corporate lobbyists and lawyers to undermine Working People’s gains of the last 40 years.

That’s not enough, though.

Trump has also stacked the National Labor Relations Board (NLRB) with appointments that will rubber-stamp the complaints of employers looking to silence their Workers.

The NLRB is supposed to be a way that Workers can be assured they can get a fair shake in the workplace.

It is supposed to make sure the employer and large corporations don’t have their finger on the scales to tip them in their favor.

It is supposed to protect our rights to belong to a Union and the rights of those who want to organize one.

To Continue Reading This Labor Perspective, Go To: https://ucommblog.com/section/national-politics/bidens-election-vital-organized-labors-survival?fbclid=IwAR0aTePvCKEnGeEEzimQ0JuituKGLbecWtE7obbeYOn0uSSOjR7FKLpNU3g