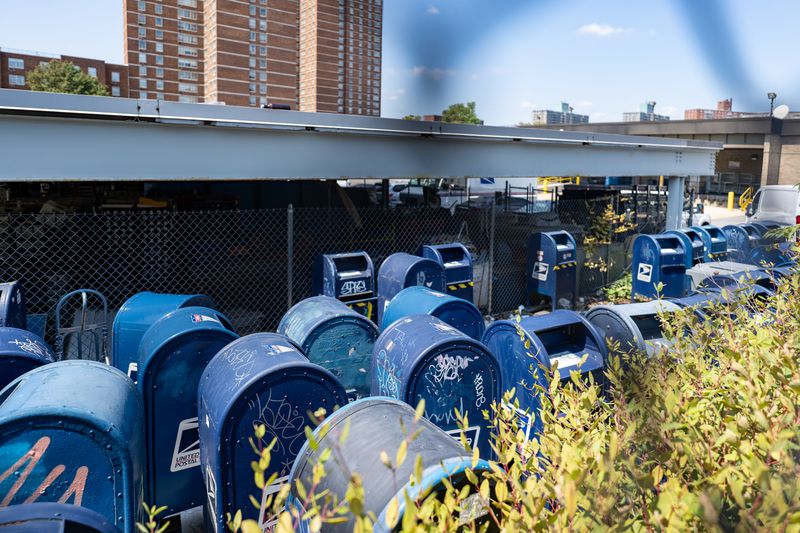 A Worker at her Ridgewood Post Office tested positive for COVID-19, and the already stretched-thin station struggled to cover shifts and keep services going with limited resources.

Fisher, who served in Iraq, knew she needed a refill of the prescription that treats a condition that affects her balance and PTSD, so she quickly switched delivery to her mom’s more reliable address in Forest Hills.

“I’m ‘too nervous to switch it back over,’” she told The Daily News. “When I see reports about mail ‘just being left behind, thousands of pieces – for me, that could mean I’ll suffer withdrawal.’  ‘When I weaned myself in the past, I was getting brain zaps and hallucinations.’  ‘I don’t want that to happen again.’”

Fisher’s story is one example of how the USPS remains a vital lifeline for millions of people - even in the face of unprecedented challenges to its very existence.

Martinez, 68, was awarded $1,000 in relief from a non-profit after he was hospitalized with COVID-19 and lost weeks of work.

The street vendor, originally from Ecuador, thought we could rely on the immediate cash infusion, but it turned out he couldn’t because it took almost a month to reach him in the mail.

“I ‘felt anxious,’” Martinez said. “I ‘owed rent and my landlord was pressuring me to pay.’”

Major Trump donor and new Postmaster General Louis DeJoy’s dismantling of high-speed sorting machines, removal of blue collection boxes and slashing of overtime during an election year are only part of the picture.

The USPS has been battling budget deficits since Congress passed the Postal Accountability and Enhancement Act of 2006, which requires it to put about $5.5 billion a year aside to cover the costs of retirees’ health care more than 50 years in advance.

Postal Union Leaders in New York say the $25 billion in emergency aid passed by the House of Representatives in May shouldn’t be the partisan issue it’s become.

The agency has funded itself without taxpayer money throughout its history while valiantly delivering medications, paychecks, ballots, census materials and other critical mail to every address in the country, no matter the location, at a reasonable price, they said.

“Our Workers ‘are risking their lives to keep mail moving at a time when people depend on it,’” Chuck Zlatkin, Legislative Director for the New York Metro Postal Union, told The Daily News.

“You ‘can’t just put the toothpaste back in the tube,’” he told The Daily News. “It’s ‘still a problem.’  ‘A lot of machines are gone, mail is backed up, in some places for weeks.’  It’s ‘disgusting.’  ‘We’ve never seen anything like this before.’

To Read This Labor News Story In Its Entirety, Go To: www.nydailynews.com/news/national/ny-labor-leaders-customers-fret-over-future-of-usps-20200822-nhvry5zxofbj5du5c43ppletea-story.html