The U.S. Postal Service Warns Employees Not To Speak To The Press - Memos Obtained By Media Warn USPS Employees That Nosy Customers Could Be Sneaky Reporters 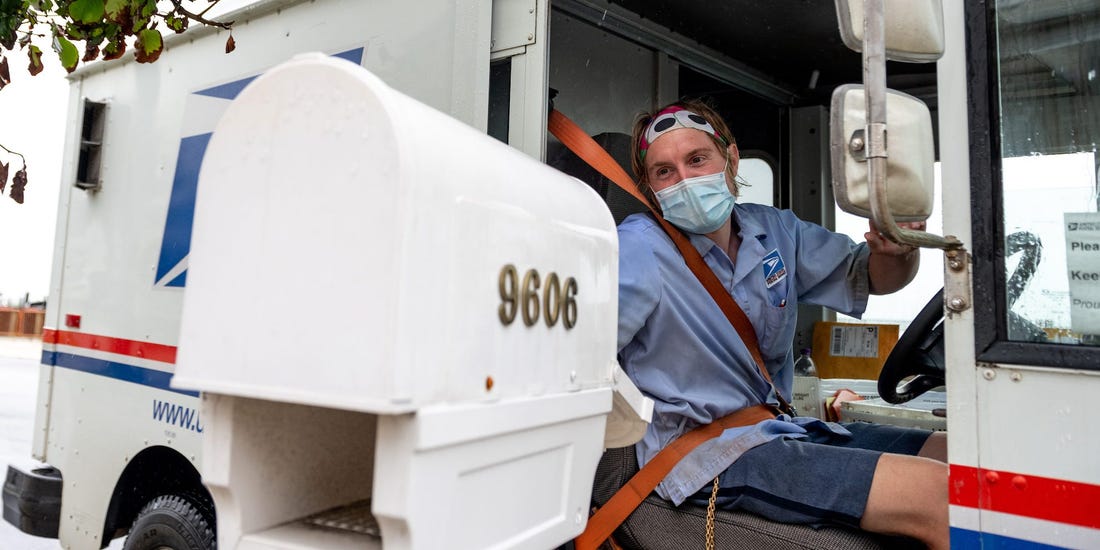 (WASHINGTON, D.C.) - Memos show the United States Postal Service (USPS) bureaucracy is warning Employees that they should not speak to the Press and any customer asking lots of questions might be a Journalist sneakily trying to get information out of them.

Meanwhile, David Williams - the former Vice Chairman of the Postal Board of Governors, testified late last week that the Republican Trump Administration has been "politicizing" the USPS and using Treasury Secretary Steve Mnuchin to inappropriately influence the organization for political ends that will eventually harm the customers and businesses that the Postal Service is supposed to serve.  Testifying before the Congressional Progressive Caucus, Williams said he resigned "when it became clear to me that the administration was politicizing the Postal Service with the Treasury Secretary as the lead figure for the White House in that effort.” (For More On This Labor News Story, Go To:www.cbsnews.com/news/former-top-postal-service-official-testifies-mnuchin-white-house-slowing-mail/?fbclid=IwAR14b6Lr61sKYzxKoSIWuV3XnAieDly2ycUNklPkjiho4Cyz4Tn8YW0tno4)

Motherboard obtained the copies of the memos that outline what Postal Employees should do if contacted by the media, and are titled: "Guidelines for Handling Local Media Inquiries."

The memos are nearly identical, with different language only about who Employees should contact if they receive a media inquiry.

They were sent to Employees in the last several days, following a spate of articles about the controversial changes Postmaster General Louis DeJoy has made that have put the USPS under major scrutiny.

Avoid the temptation to “answer a few questions,'" the memo advises.

"Keep in mind that, while most Media Representatives will identify themselves up front, sometimes they do not.  If you are dealing with a customer, especially one who asks a series of questions, it is perfectly appropriate to ask, 'Are you a member of the media?'  Asking this specific question will help ensure your interaction is not used as the basis for any kind of 'official' Postal Service statement or position,” the memo reads.

The memo misleadingly frames identifying oneself as a Reporter when seeking information as a choice most Reporters make - but others don't.

It is broadly regarded across the Journalism Industry to be unethical to conceal one's identity as a Reporter when seeking information in a professional capacity - except in extreme cases where it is otherwise not possible to gather information in the public interest, a condition which obviously doesn't apply to the USPS.

To Continue Reading This Labor News Story, Go To: www.vice.com/en_us/article/k7qypz/usps-warns-employees-not-to-speak-to-press