On The Jewish Labor Committees National Day Of Mourning, Labor Leaders Warn That We Must Build A Better World 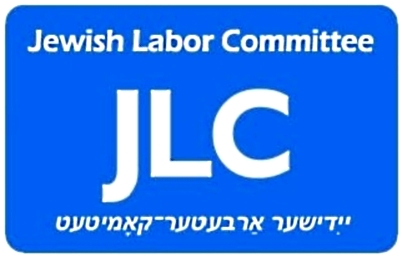 “The Coronavirus ‘was real for the people that I represent before it was headline news,’” Nelson said during last week’s event that honored all the Essential Workers who have died during the Coronavirus Pandemic.  “Flight Attendants ‘are on the front lines for all communicable diseases’ and our Members that flew to China and East Asia ‘were already on alert in early January.’”

“It’s ‘easy to get lost in the numbers,’” Nelson said. “There are ‘more than (4.3 million) confirmed cases in the United States.’  There have been (160,000-plus) deaths.  ‘There have been five straight days of (1,000) deaths.’  ‘Because of the nature of this pandemic, there have been few opportunities to mourn those that we have lost.’”

Last Tuesday, wasn’t only a day of Tisha B’Av, a day to reflect on the destruction of a holy temple in Jerusalem, according to Rabbi Barbara Penzer, who represented the Jewish Labor Committee (JLC).

It was also a day to honor the sometimes “invisible” Front Line Workers who became “essential” overnight.

“In the spirit of Tisha B’Av, the Jewish Labor Committee ‘mourns the losses of those on the frontlines,’” Rabbi Penzer said. “To the Nurses, Doctors, Caregivers and EMTS ‘who did all they could to stop the pandemic, to treat the sick and to protect the vulnerable.’”

Factory Workers, Transportation Workers and Farm Workers who may not have been deemed as valuable were equally worthy of being seen as essential to keeping this country running and worthy to be mourned too, Penzer continued.

NNU President Jean Ross, a Registered Nurse, said she is tired of the for-profit health care industry and government’s “abysmal failure” to provide health care for its citizens.

“Nurses and Health Care Workers ‘have been risking their lives to care for patients every single day,’” Ross said. “We ‘face challenges, not only from the Novel Coronavirus itself - but also from a for-profit health care industry that has prioritized protecting hospitals and insurance company bottom lines over the health and safety of patients and Workers.’  ‘Our government has shown itself to be an abysmal failure at its number one job: protecting the health, lives and security of the American People.’”

According to Ross, that failure of the government also includes the premature re-opening of states during the on-going pandemic, employer-based insurance, lack of Personal Protection Equipment (PPE) for Nurses and the withholding of vital health data.

More than 164 NNU Members have succumbed to COVID-19.

Ross maintains that 20% of Health Care Workers that have also contracted the virus, is an underreported figure.

“The ‘hardest hit are the Communities of Color and the economically disadvantaged,’” Ross said. “The ‘pervasive disparities are observed among African-Americans, Latin Communities, as well as American-Indian, Alaska Native and Pacific Islander populations.’”

As the Coronavirus crisis grows even more dire, the NNU is preparing for a National Day of Action that will take place outside the White House on August 5th.

“To ‘protect patients, you need to protect Nurses,’” Ross said.

To Continue Reading This Labor News Story, Go To: http://laborpress.org/mourning-labor-leaders-warn-we-must-build-a-better-world/