Unions Demand Trumps U.S. Department Of Transportation Mandate Passengers Wear Masks All The Time While On The Nations Airlines, Subway, Bus & Commuter Rail Companies - Or Get Booted Off 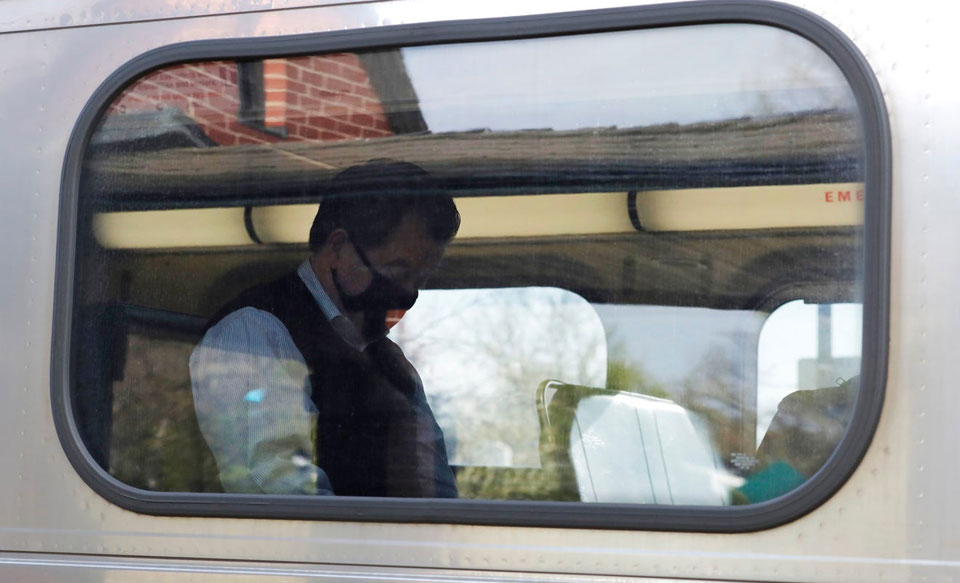 (WASHINGTON, D.C.) -  Fed up with Trump Regime inaction to protect Front Line Transportation Workers, their Unions have formally petitioned U.S. Department of Transportation (USDOT) Secretary Elaine Chao to order the Nation’s airlines and subway, bus and commuter rail companies to force passengers to wear Anti-Coronavirus Protective Masks all the time.  And the penalty if patrons don’t: They get booted off the subway, bus, commuter rail car or plane - immediately.

The petition was triggered by the threat that unmasked infected people, knowingly or unknowingly, could infect Front Line Workers by boarding vehicles and coughing or sneezing or, as one study in the New England Journal of Medicine shows, even speaking two words.  That’s enough to spray droplets on the Bus Driver, Commuter Rail Conductor or Airline Crew - and infect them with the virus too.

The Unions of the National AFL-CIO’s Transportation Trades Department (TTD) explained to Chao that voluntary and unenforceable bans of mask-less passengers don’t work - and they want the DOT to declare an emergency and impose the Pro-Mask Rule - immediately.

DOT has “the ability to ensure uniform safety standards across transportation workplaces” and to “provide enforcement capabilities that cannot be replicated by public or private transportation providers alone,” their petition added.

That’s needed, because, for example, an airline passenger on a carrier that requires masks could come in contact, in the airport, with mask-less passengers heading towards airlines that don’t, and contract the virus from those passengers.

So TTD’s petition covers not just the buses, subways, rail carriers and airlines - but their terminals and stations, too.

And most Transportation Workers, including Bus, Commuter Rail and Subway Workers, and especially Airline Crews, work in closed environments where other Anti-Coronavirus measures are difficult to impossible and where there’s little or no exchange with outside air, TTD pointed out to her.  Lack of air exchange allows Coronavirus droplets to linger - that leaves requiring masks as the last line of Anti-Coronavirus defense, TTD President Larry Willis wrote to Chao. It’s also the most effective, studies show, he reminded her.

On March 21st, he posted a video about a woman passenger, who was mask-less, who boarded his bus, coughing and sneezing in his face.

“We’re out here as Public Workers, doing our job, trying to make an honest living to take care of our families,” he said. “But for you to get on the bus, and stand on the bus, and cough several times without covering up your mouth, and you know that we’re in the middle of a pandemic - that lets me know that some folks don’t care.”

Hargrove’s video went viral, with more than half a million views.

Four days later, he got sick.

Ten days later, Hargrove, a previously healthy Driver, was dead of the Coronavirus.

To Continue Reading This Labor News Story, Go To: https://peoplesworld.org/article/transportation-unions-demand-trumps-dot-mandate-masks/