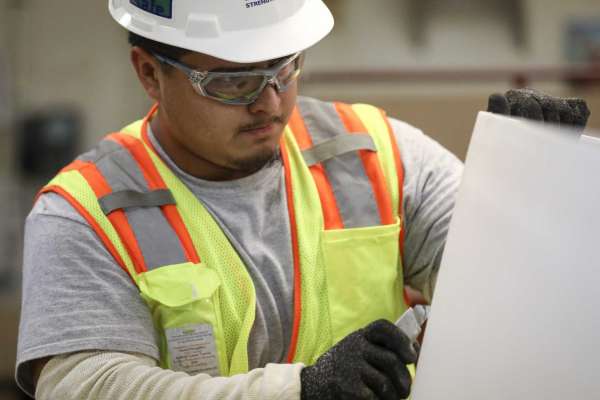 The REO Program provides critical opportunities for returning citizens to be able to have a smooth transition back into society and learn skills that will help them secure good jobs.

“Michiganders ‘who have paid their debt to society should be given an opportunity to secure a good job and begin a new chapter in their lives,’” Senator Peters said.

“This ‘bipartisan, common sense legislation would strengthen existing’ Skills Training and Apprenticeship Programs ‘and help give Michiganders who have served their time a second chance.’  I’m ‘proud to introduce this Bill and I will continue working towards improving Re-Entry Programs and addressing systemic injustices in society,” he said.

Senator Portman said: “Providing re-entry support services to vulnerable youth and young adults at risk of recidivism ‘is vital to ensuring we give them a second chance at living up to their God-given potential.’  I am ‘proud to introduce’ the Reentry Employment Opportunities Act with Senator Peters, ‘which authorizes this important grant program that has been a successful pilot program’ at the Department of Labor.  This bipartisan legislation ‘builds on my previous work to ensure that those re-entering society have access to the skills training and jobs necessary to stay out of the criminal justice system and contribute to their communities.’”

The Bill has been endorsed by the National Action Network, the National Youth Employment Coalition, #Cut50, the Center for Law and Social Policy and the Campaign for Youth Justice.

“Every effort ‘must be made to ensure that this vulnerable population is adequately equipped to re-enter society.’  The legislation led by Senator Peters and Senator Portman ‘makes this goal possible by ensuring that organizations across the country have the funds and support to help justice-involved youth lead healthy and productive lives,” he added.

Currently, the REO Program exists as a pilot program authorized under the Workforce Innovation and Opportunity Act.

The First Step Act - which Peters supported and helped pass - reauthorized the REO Program when it was signed into law in 2018.

However, because it currently exists as a pilot program, it does not have a dedicated funding stream and is funded through a piecemeal approach.

This bipartisan Bill would codify into law the REO program and provide it greater stability for the future.

Peters has led numerous efforts to expand access to skills training opportunities.  He introduced bipartisan legislation that was signed into law this past March to allow more Veterans to use their GI Bill Benefits toward securing a Registered Apprenticeship.  Peters also earlier this month helped secure over $14 million in Federal funding for the Michigan Department of Labor’s Registered Apprenticeship and Youth Apprenticeship Readiness Programs.

To Read This Labor News Story In Its Entirety, Go To: www.pressandguide.com/news/peters-introduces-bipartisan-bill-to-strengthen-reentry-opportunities-through-skills-trainings-and-apprenticeships/article_9401e5a4-d5a5-11ea-8ba4-0fddaa7e2802.html