A Labor Perspective From International Brotherhood Of Electrical Workers International Secretary-Treasurer Kenneth Cooper: Now Is The Time To Organize 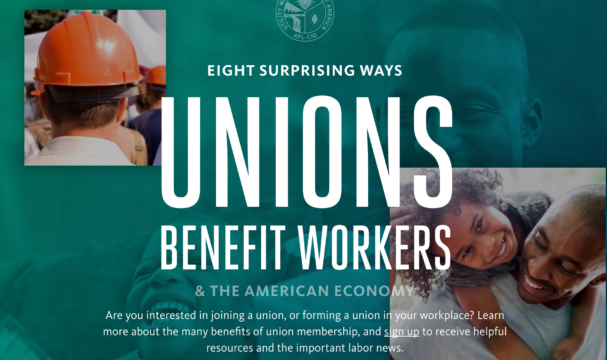 Even before COVID-19 sent the world economy spiraling, Unions were seen by more people as their best hope for a dignified life than at any time in recent years.

A Gallup Poll from last year found that more than 60% of Americans support Unions, the fourth highest result in nearly half a century.

The reasons are well known to anyone who works for a living.

Older Workers looked at the 401Ks or other accounts that held their hopes of retirement and wondered if they would ever be able to stop working.

Working Families looked at the ever-larger bite health insurance took out of their paychecks, the impossibility of saving for college and wondered when they'd slipped out of the Middle Class.

And young people raised in the Great Recession and graduated into a Gig Economy wondered when their time would ever begin.

Then, the pandemic laid bare the true nature of the 21st Century economy.

More than 40 million people lost their livelihoods in a matter of weeks.

A $1,200 check may have delayed the full force of the blow, but the punch still came.

Whatever games the economists want to play with the unemployment rate, there's no hiding the fact that COVID-19 has turned the economic landscape into a desert for Working People.

All the job gains of the last 20 years disappeared.

The slow rise in GDP we've seen since the bottom of the Great Recession evaporated.

But who lost most?

Those with the least.

We needed to shut things down to save lives, but as people in tens of thousands lined up at food banks, have you heard anything about a billionaire who lost his fortune?

Or an investment banker forced to find honest work?

For people like us, where were the high spots protected from the fire?

What covered us and protected us from the storm?

Who got the PPE (Personal Protection Equipment) and safer working conditions first?

Local Union Leaders, here's the truth: Your No. 1 job is and will be organizing.

This isn't a wake-up call.

The people are awake and it's our job to show them the Power of Solidarity and a Union Contract.

To Directly Access This Labor Perspective, Go To: www.ibew.org/articles/20ElectricalWorker/EW2007/Cooper.0720.html