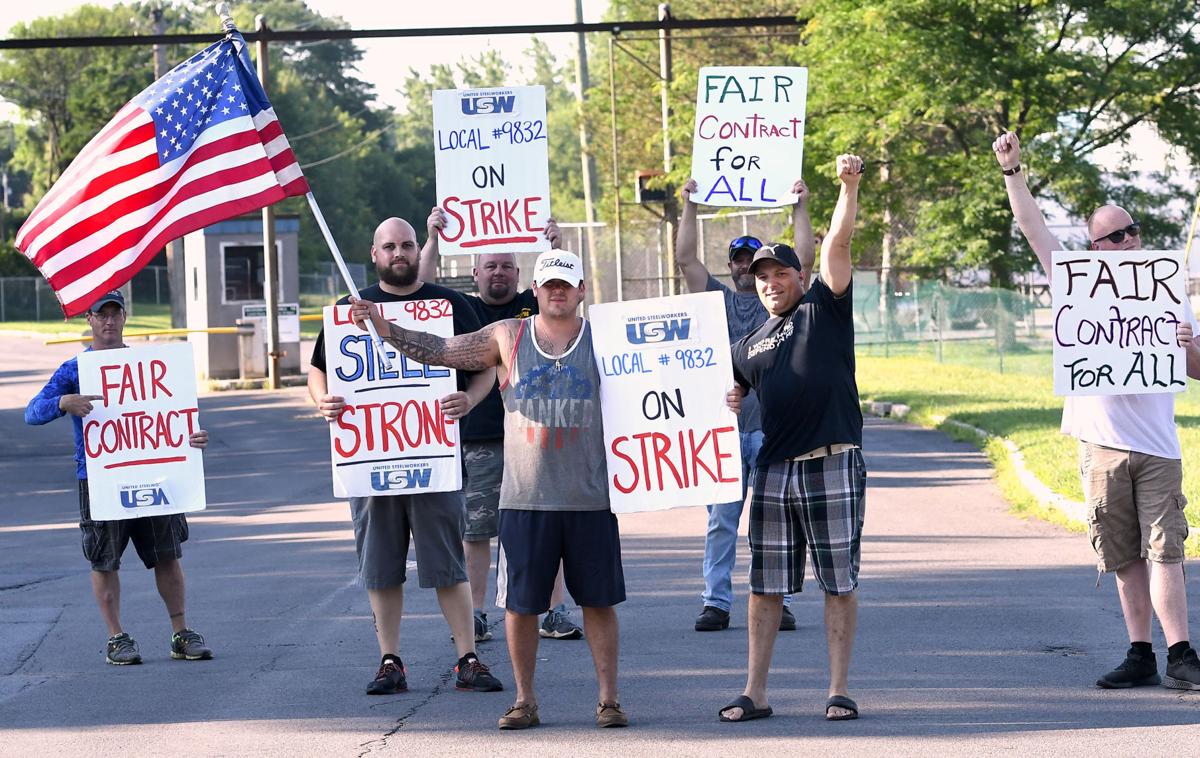 (AUBURN, NEW YORK) - Citing the need for better Retirement Benefits for its younger Members represented by United Steelworkers (USW) Local 9832 and the proposed elimination of free medical benefits for older Workers and Retirees, Workers at the Auburn Xylem Incorporated Plant in Central New York have gone out on Strike.

The 175 Workers began striking as soon as their contract expired at 11:59 p.m. on Saturday (July 25th), said USW Local 9832 President Shawn Jakaub, who noted that this is the first Labor Strike there in 40 years.

"We ‘are prepared to be out here seven days a week, twenty-four hours a day,’" said Jakaub, who has worked at the Auburn plant, which is located of Wright Avenue on the City's West Side, for 29 years and been Union President for 10 years. "You've ‘got to stand up for yourself.’"

Meanwhile, the company has told the Union that it won't come back to the negotiating table until August 11th, said Jakaub, who added “that ‘doesn't change’ the Workers' resolve.”

According to the company's website, the Auburn workforce makes 2,500 residential and wastewater pumps each day at its 300,000-square-foot facility.

The pumps are designed and engineered at a Xylem facility in Seneca Falls.

The less experienced junior workforce has a 401(k) plan that's inadequate, Jakaub said, especially when it is compared with the Defined Benefit Pension that the senior Workers have.

The senior Workers' major concern is a proposal to eliminate the free medical benefits that extend into retirement.

That change would effectively wipe out any raise those Employees could get.

"At the ‘end of three years, you've got no extra money left in your pocket,’" Jakaub said.

The Union is receiving support from other Labor Groups, including USW Local 3298 out of Seneca Falls, which has been bringing water and food the picket line.