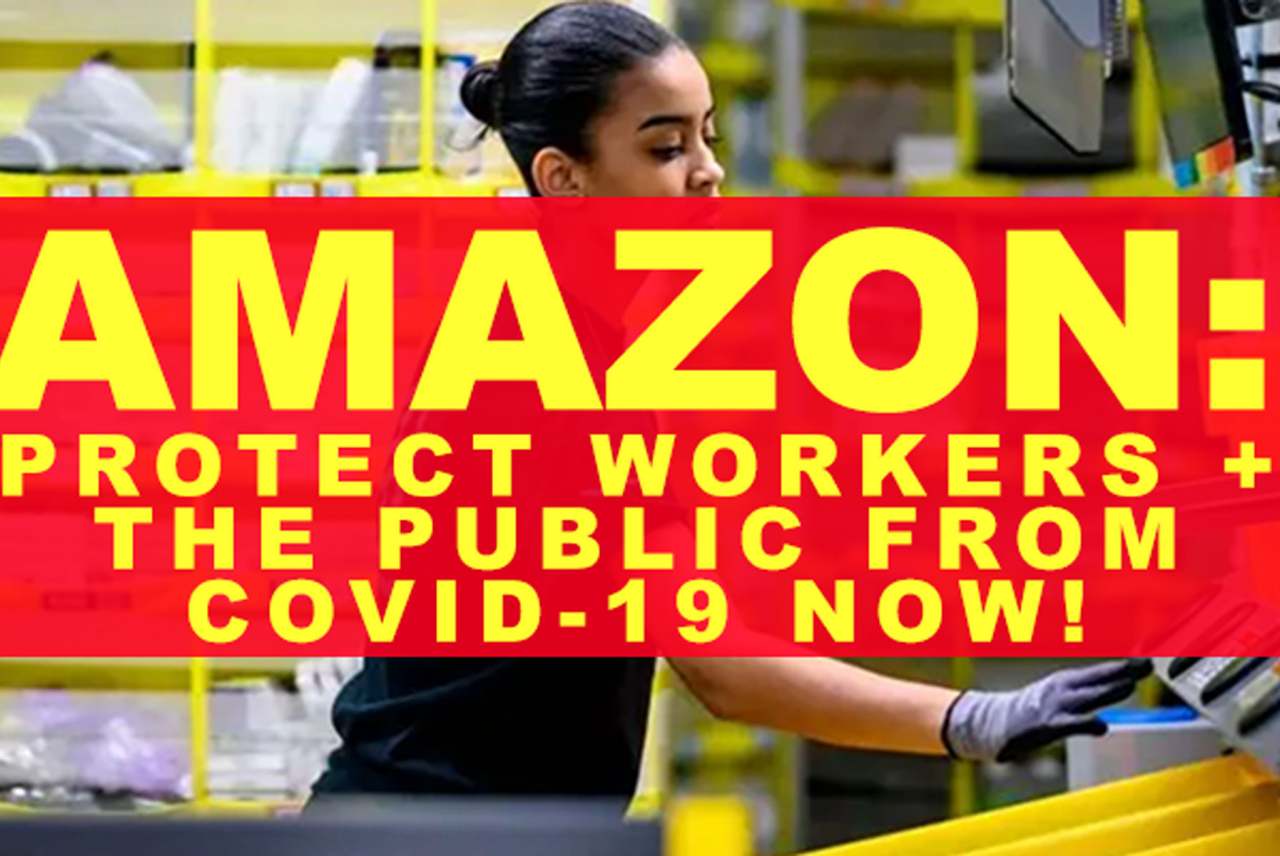 UFCW International President Marc Perrone released the following statement: “Amazon represents a clear and present danger to American Workers and our economy.  The company has not only refused to acknowledge the full impact of COVID-19 on its Workers, it has exploited this pandemic to increase its market dominance as well as its power over Employees throughout its distribution centers.  With more than one-third of all Warehouse Workers in the U.S., Amazon has a responsibility to be a leader and to be setting strong safety standards.  Instead, Amazon has chosen to ignore the dangerous working conditions its Workers continue to face every day.  The simple fact is that a Union is the most effective counterweight to protect Workers and their families from irresponsible corporate actors like Amazon, especially during a pandemic.  As COVID-19 continues to endanger tens of thousands of these Warehouse Workers, Federal and State Government Leaders must hold Amazon accountable for the dangerous working conditions in these facilities and do much more to ensure the health and safety of all of our country’s Front Line Workers.”

Joining UFCW in the new complaint to the FTC is a broad coalition of groups that includes the International Brotherhood of Teamsters, the Communications Workers of America (CWA), and Change to Win.

“We are highly alarmed by Amazon’s conduct during the unprecedented crisis brought about by the COVID-19 Pandemic,” write UFCW and the coalition in the complaint to the FTC. “Amazon is taking advantage of the economic desperation and upheaval caused by COVID to engage in new or intensified conduct that further entrenches its market power and dominance.”

“The situation is urgent,” the complaint reads, as “COVID-19 allowed Amazon’s role in the economy to metastasize.”

Specifically, the Unions highlight: Amazon’s power has grown in e-commerce as the pandemic has accelerated a decades-long shift towards on-line retail; Amazon is leveraging its pandemic-strengthened position to further exploit its power over sellers, who did not abandon the company during the crisis; Amazon now directly employs one-third of all Warehouse Employees in the country, up from one-quarter before the pandemic, positioning it to further exploit Workers; and Amazon has moved aggressively to scoop up start-ups and established companies weakened by the pandemic.

“The crisis has resulted in new weaknesses in our economy and Amazon has not hesitated to exploit these weaknesses in ways that further bolster its hold on consumers, small businesses, and workers,” the complaint continues.