If Any Women Are Considering A Trade Just Go For It, Trust Me, You Wont Regret It - Women In Construction Describes Their Life Changing Career Choices 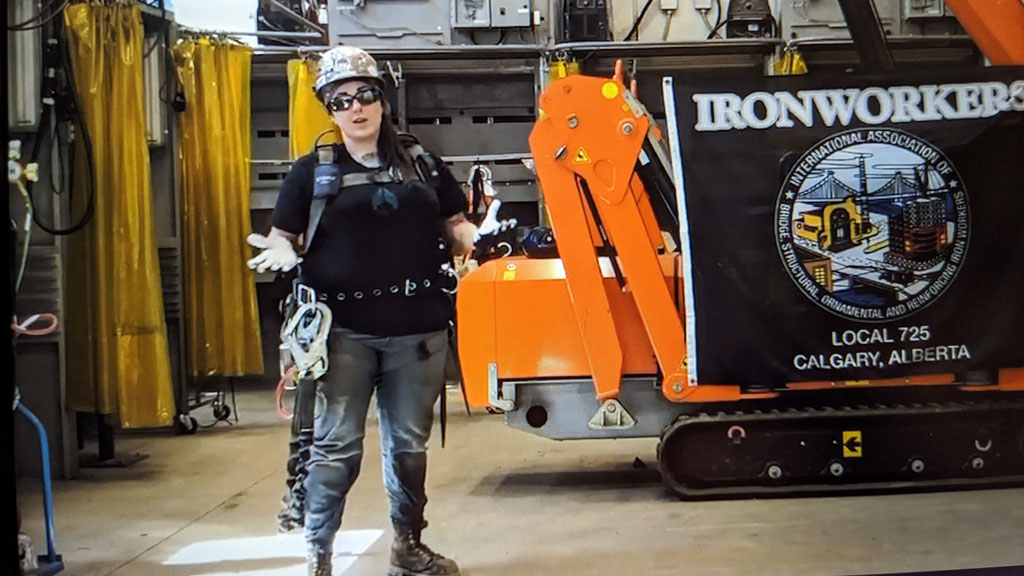 (VANCOUVER, BRITISH COLUMBIA/CANADA) - Careers in the Building Trades can take you to so many different places and open the door to many opportunities - that was the message students who attended the second annual Women in Construction Trades Conference heard from a young Tradeswomen.

“I’ve been in the Trades for thirteen years ‘and it has absolutely changed my life,’” said Shylah Nokusis, a Carpenter, second-year Ironworker and second-year Scaffolder.  “Being in the Trades ‘has opened so many doors for me opportunity-wise.’  I’ve travelled ‘all over’ Canada.  ‘Because of the money I was making I was able to save up enough money to start my own business and I was able to pay off my house by the time I was thirty.’”

The conference, hosted by Skills Canada in partnership with United Association (UA) Plumbers and Steamfitters Canada, was supposed to be held as part of the Skills Canada National Competition in Vancouver this year but was held on-line due to COVID-19.

While Tradespeople start out on the tools, a career can lead down many different paths.

Nokusis is currently the Office Coordinator for the Office to Advance Women Apprentices, a Canadian Government-funded initiative to enhance entry, advancement and completion outcomes for women in the Skilled Construction Trades.

“That’s ‘obviously something that is near and dear to my heart because I am a skilled Tradeswoman myself and I’ve been there,’” Nokusis said. “Just because you are in the Trades ‘doesn’t mean you are going to be banging nails for the rest of your life.’  ‘As you get older, your experience and the skills that you’ve learned, you can carry that on to another way of earning money.’”

Angelique Lachance (pictured above), an Ironworker/Welder and National Construction Safety Officer with Ironworkers Local 725 in Calgary, has been in the Trades for 11 years.

She said she was influenced by her grandfather who always told her that if you choose a career in the Trades you will never be out of work.

“He ‘couldn’t be more correct,’” she said. “My career ‘tends to bring me to all kinds of cool different spots.’  I specialize a little more in the industrial side of things, more of the shut down and maintenance.  I go into agricultural plants, pulp and paper mills, coal mines, oil refineries, oil drilling rigs.  I also do a variety of commercial work as well for small buildings all the way up to skyscrapers.”

Emily Schmit, a fourth-year Apprentice Plumber, said she wasn’t sure what she wanted to do after she got her university degree: “There ‘are lots of job opportunities for women in the Trades.’  ‘I think it’s a fantastic idea’ (for women to) take a look at what is available to you.  The job opportunities and the money ‘you could be making and the satisfaction you get from your job is incredible.’  We ‘need’ women (in the Trades).”

Melanie Beland, a Pipe Welder and Member of UA Plumbers and Steamfitters Local 144 in Montreal, has been in the Trade for 17 years.

Her dad was a Welder and influenced her to go into the Trade.

“He is the one that made me try my first welding experience at the age of twelve,” Beland said. “I ‘bet he didn’t know at that time that a few years later his daughter would end up working as a UA Pipe Welder.’  ‘I think women should see the Trades as a serious, exciting and challenging career opportunity.’  ‘I truly think we are changing the image of the industry for the better and we should be proud to be the influence of our next generation.’”

To Read This Apprenticeship and Training Labor News Story In Its Entirety, Go To: https://canada.constructconnect.com/dcn/news/labour/2020/06/women-in-construction-describe-life-changing-career-choices-during-conference