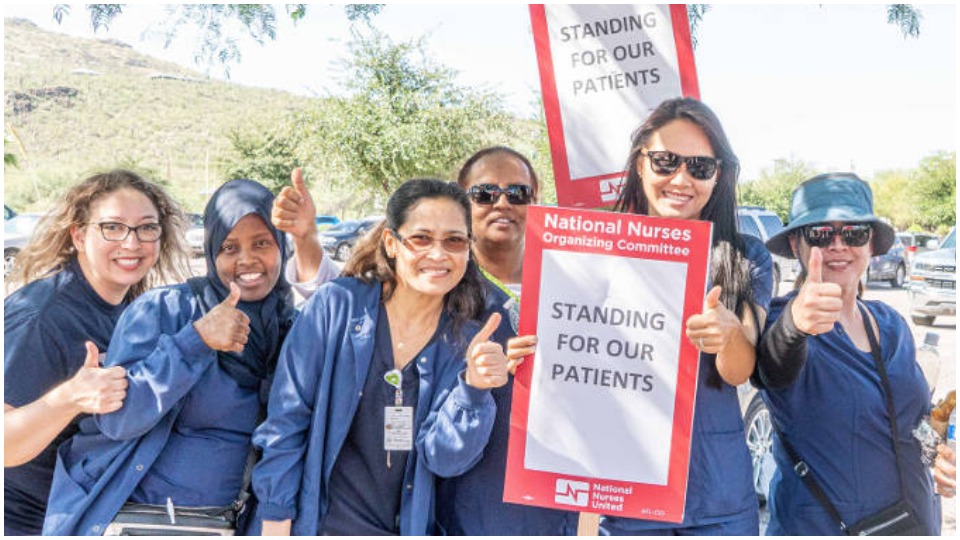 The vote was the culmination of a long struggle by the Nurses for a voice in the workplace and safe working conditions for themselves and their patients.

The three-year contract that they approved covers about 1,000 Nurses at the two hospitals.

It took 18 months of negotiations after voting for Union Representation in October 2018, including a one-day Strike a year later, before an agreement was finally reached with the employers.

The COVID-19 Pandemic strengthened the unity and resolve of the Nurses.

The first contract provides the Nurses with a voice in patient care and working conditions, a minimum of eight hours rest between shifts, an agreement to provide Personal Protection Equipment (PPE) and Patient Lift Equipment, a modest pay raise, and Staffing protections.

The contract also ensures Nurses will only be assigned to work in units of their clinical competence rather than be forced to carry out tasks for which they have not been professionally trained.

After a relatively speedy Organizing Drive, Tucson’s Labor Movement - which joined in solidarity to help the Nurses’ struggle for a fair contract, is hoping this victory is the first of many more successful Organizing Drives in both Tucson and Phoenix

To Directly Access This Labor News Story, Go To: https://peoplesworld.org/article/arizonas-first-ever-nurses-union-contract-signed-in-tucson/?fbclid=IwAR2WmzVF3Eu0sbevDjvREavoRSTmQToNAiKqAw-9s0oBsk9SV5Qg3ftMabQ