I Would Have Thought That There Would Be A Disparity, But I Didnt Expect That It Would Be This Much - New Study Finds Majority Of Black Workers Employed In Tompkins County Do Not Make a Living Wage 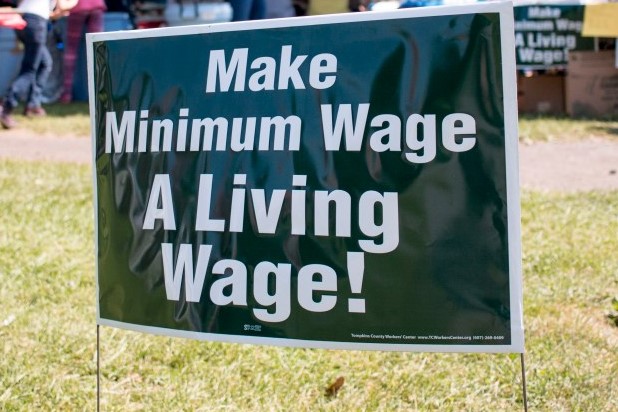 (ITHACA, NEW YORK) - Nearly three-fourths of Black Workers employed in Tompkins County make less than the Living Wage, according to new research by Cornell-Industrial and Labor Relations (ILR) Buffalo and Ithaca Co-Labs - in collaboration with the Tompkins County Workers Center.

Out of the 971 Black Workers over the age of 18 who live in Tompkins County, only 252 make a Living Wage to support one adult working a full time job.

The data came from the 2014 to 2018 American Community Survey of Tompkins County.

The Living Wage includes all of the basic expenses incurred by a single, self-supporting adult.

The Minimum Wage in Tompkins County is currently $11.80.

“I ‘would have thought that there would be a disparity, but I didn’t expect that it would be this much,’” said Pete Meyers, who serves as the Coordinator of the Tompkins County Workers’ Center, an organization involved in the study.

Racial disparities in wages from 2014 to 2018 demonstrated the unequal footing on which White and Black Tompkins County residents entered the pandemic - only a quarter of White Workers in Tompkins County earn less than a Living Wage, according to Weaver.

Pay disparities may be worse than they first appear due the outsized negative impact of incarceration that keeps many Black people out of the working population, according to Ian Greer, the Director of the Ithaca Co-Lab: “(Incarcerated people) ‘are not only kept out of the Labor Market when they are incarcerated, they also have a very hard time accessing the Labor Market after they have a criminal record.’”

Follow up research will investigate the causes of the racial wage disparity, examining which occupations are paying sub-living wages, according to Weaver.

“We ‘want to know what those jobs are, and what processes are pushing folks into different opportunities and excluding people from higher paying opportunities,’” Weaver said. “Those are the ‘answers we need to talk to policymakers, business owners and other community stakeholders so we can find solutions.  Our research ‘does not address the pandemic, specifically, but does shed light on (how) the pandemic has created such hardship.’  As the pandemic ‘hits and creates financial strain for everyone, low wages become even more impossible to live on.’”

This pay disparity research will play a role in the Tompkins County Workers’ Center campaign that aims to raise the Minimum Wage in the county.

The working group, called Living Wage in Tompkins County, includes government, non-profit and business leaders, and is working to implement a wage of $15.37 an hour, its website reads.

To Read This Labor News Report In Its Entirety, Go To: https://cornellsun.com/2020/07/15/majority-of-black-workers-in-tompkins-county-do-not-make-a-living-wage-study-finds/