"Shameful Does Not Even Begin To Describe This - Trump NLRB Issues New Rule That Permits Decerts Of Unions In Just 45 Days, Making It Impossible To Win An Election 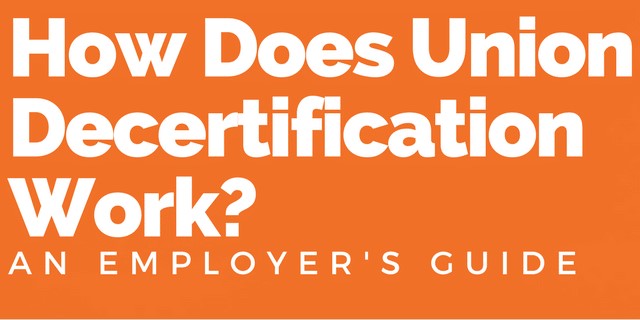 (WASHINGTON, D.C.) - While most non-essential services are shut down, Union Elections are suspended, and most of America is working from home - worrying about a global pandemic, Trump’s National Labor Relations Board (NLRB) passed a rule to make it harder to win a Union Election.

The proposed rule was actually published back on April 1st and contains several Anti-Union changes.

The new rule would eliminate the NLRB's "Blocking Charge Policy," which permits the delay of Union Election results if the employer is accused of Union-Busting or coercion.

It would also allow a Decertification Campaign to start just 45 days after an election and with as few as 30% of the workforce supporting a decertification effort.

This would give bosses much more power over a Union Election.

They could Union-bust without fear of an election being delayed and without the Union getting a chance to inoculate the Workers against the illegal activity.

If the boss loses the election, they then can start organizing a minority of the workforce to file for a quick decertification - further slowing down the bargaining process.

“The Trump NLRB takes this moment to publish a rule that will make it harder both for Workers to Unionize and to keep Unions they have," tweeted Heidi Shierholz, a Labor Economist at the Economic Policy Institute (EPI). "Shameful does not even begin to describe this."

In case you missed it, this new rule actually took effect on May 31st.

This is the second time the Trump Administration has used the Coronavirus Pandemic as cover for changing Labor Law.

At the end of February, Trump’s Federal Labor Relations Authority (FLRA) announced Federal Employees would now be able to opt-out of their Union whenever they wanted instead of during a limited window during the year.

“In the middle of a pandemic, President Trump’s NLRB suspended representation elections and then made it harder for employers to voluntarily recognize unions,” National AFL-CIO President Richard Trumka said.

“In other words, the (NLRB) ‘is effectively sealing off any viable path’ to Unionization ‘at a time when Workers need a voice on the job more than ever.’  Donald Trump’s ‘caustic hostility to collective bargaining has manifested itself in the most Anti-Worker NLRB in America’s history.’  The Labor Movement ‘will fight these actions with everything we have,’” Trumka said.

To Directly Access This Labor News Story, Go To: https://ucommblog.com/section/union/trump-permits-decertification-45-days?fbclid=IwAR2kSqfTKWkU91U7gcB7NPY85Ym87QYtWdCneymKB_VhXTr-9VDQgUYB31E