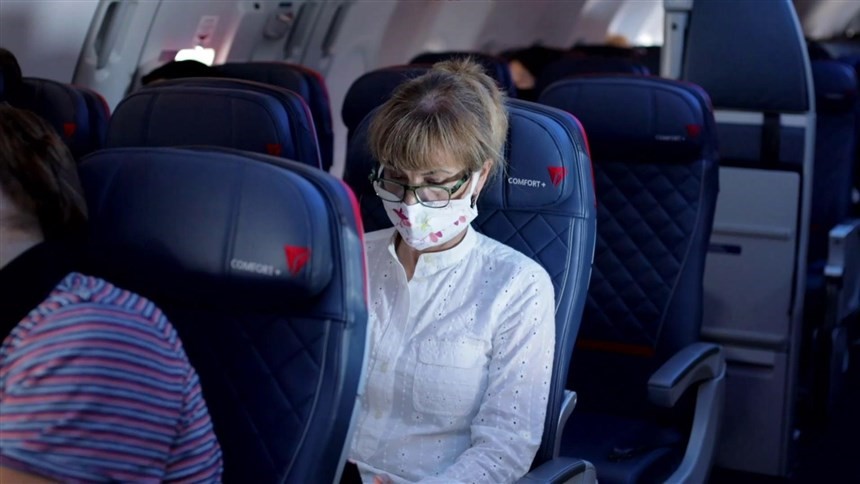 (WASHINGTON, D.C.) - The International President of the Association of Flight Attendants (AFA)- Communications Workers of America (CWA) believes it's "absurd" that the Federal Aviation Administration (FAA) has not mandated that travelers wear masks on all flights during the Coronavirus Pandemic.

Sara Nelson recently spoke with Hoda Kotb on TODAY about the importance of the Federal Government issuing a uniform Mask Policy, as some airlines have mandated wearing a face covering - while others only recommend it.

"It is ‘absurd’ the FAA ‘has not done this yet,’ that DOT (Department of Transportation) ‘has not taken a leadership role here,’" Nelson (pictured below) said. "On (September 12th, 2001, after the terrorist attacks) ‘there were changes to regulations and security.’  ‘And here we are, well into the spread of this virus and still no mandate from the Federal Government, still no plan from the Federal Government.’  ‘We absolutely need that backing from our government.’" 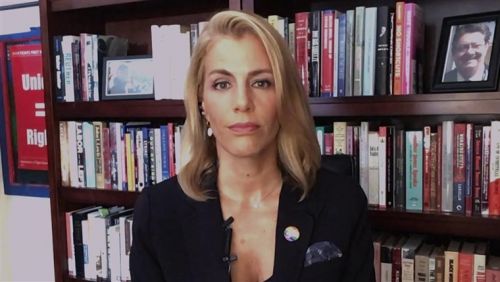 The Coronavirus has devastated the Airline Industry, with passenger volume down 71% domestically.

Airlines are trying to assure passengers that it's safe to fly, which Nelson says should involve making all passengers wear masks with clearly defined rules for their safety and the health of the Flight Crew: "The mask policies ‘are so important.’  This is the ‘most critical item that will help limit the risk of the spread’ of the virus.  ‘We really implored’ our airlines ‘to do that’ when the Federal Government ‘didn't step up.’  ‘And what we've seen is a drop in cases with crews, but we have to be more clear about how people are supposed to wear those masks, what kind of mask etiquette they should practice when they take a drink or go to eat something, and that will keep us the most safe.’"

Nelson wants the weight of Government Regulations behind the mask policy in order to force those who refuse to wear a face covering to comply or face strict penalties: "We do have individuals ‘who challenge that and don't want to wear’ the mask and the airlines are saying ‘they'll be banned from flying, but we need more backing from the federal government.’  We had a Flight Attendant ‘who was just assaulted the other day, and all she can do is file charges herself.’  The airline ‘is backing her, but we really need to have consequences’ - just like if you smoke on board, ‘so people really understand that this has to be taken seriously and there will be serious consequences if they don't comply.’"

Flight Attendant Matthew Cook spoke with NBC's Tom Costello on TODAY about how he interacts with passengers who refuse to wear masks: "You ‘have a conversation.’  ‘You try to make it as easy as possible.’  Just say, 'This isn't just about you. This is about all of our passengers on our flight.'"

Other actions that Flight Attendants suggest passengers should take while flying are to wash their hands, wipe down the tray table, armrest and seats, and prepare any children traveling by telling them how this flight will be different than usual.

The Association of Flight Attendants is also asking for an extension of a provision of the Federal CARES Act that was passed in March that allocated grants to commercial airlines for the purpose of keeping Employees on payroll with wages and benefits during the pandemic.

The program has prevented mass layoffs and furloughs, but is set to expire at the end of September.

To Read This Labor News Story In Its Entirety, Go To: www.nbcnews.com/news/us-news/president-flight-attendants-union-says-it-s-absurd-masks-aren-n1233900?fbclid=IwAR022-sYJtqh6wurqlOXvV684O1pQvqz5_Ik0_CkdJeZgm7eItepa5z3xvk