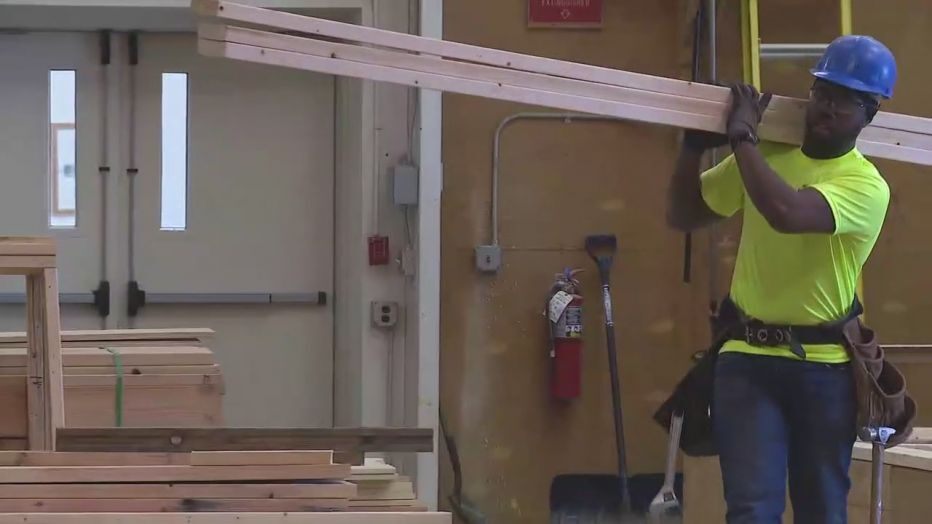 (DETROIT, MICHIGAN) - The Michigan Statewide Carpenters and Millwrights Joint Apprenticeship and Training Fund has broken ground on the 147,000-square-foot Training Facility in the Oakman Boulevard area on Detroit's West Side, which will provide Detroiters with the opportunity to learn a Skilled Trade debt-free.

The new $30 million, seven-acre facility will consolidate the center's operations under one roof.

Currently, operations are spread across locations in Warren, Ferndale, Livonia and the downtown Renaissance Center.

The training space will include a 30-booth weld shop, flooring manipulation area, high-bay space for Carpenters and Millwrights with an overhead crane, and state-of-the-art classrooms with Smart Board Technology.

In addition to training space, the building will offer meeting space for contractor symposiums, career fairs, and Apprenticeship Readiness Programs, as well as space for community events.

The training center will help Detroiters get Building Trade Jobs and get paid to learn the trade.

"One thousand, five hundred Apprentices - students - are going to be paid," Duggan said. "Unlike other places where you pay tuition ‘while you learn, this is an opportunity for you to get paid.’"

Leaders at the training facility believe it can change lives.

"I ‘believe that this is going to change people's lives’ in the city of Detroit ‘as we provide the opportunities that are due,’” Michigan Regional Council of Carpenters and Millwrights President Tom Lutz said.  “It's ‘here because this is where we are building and it's on the streets where the people who live that need to be doing that building.’"

The center is expected to be built and ready to go next year.

To Directly Access This Labor News Story, Go To: www.fox2detroit.com/news/new-training-center-being-built-for-detroiters-to-learn-skilled-trades-debt-free