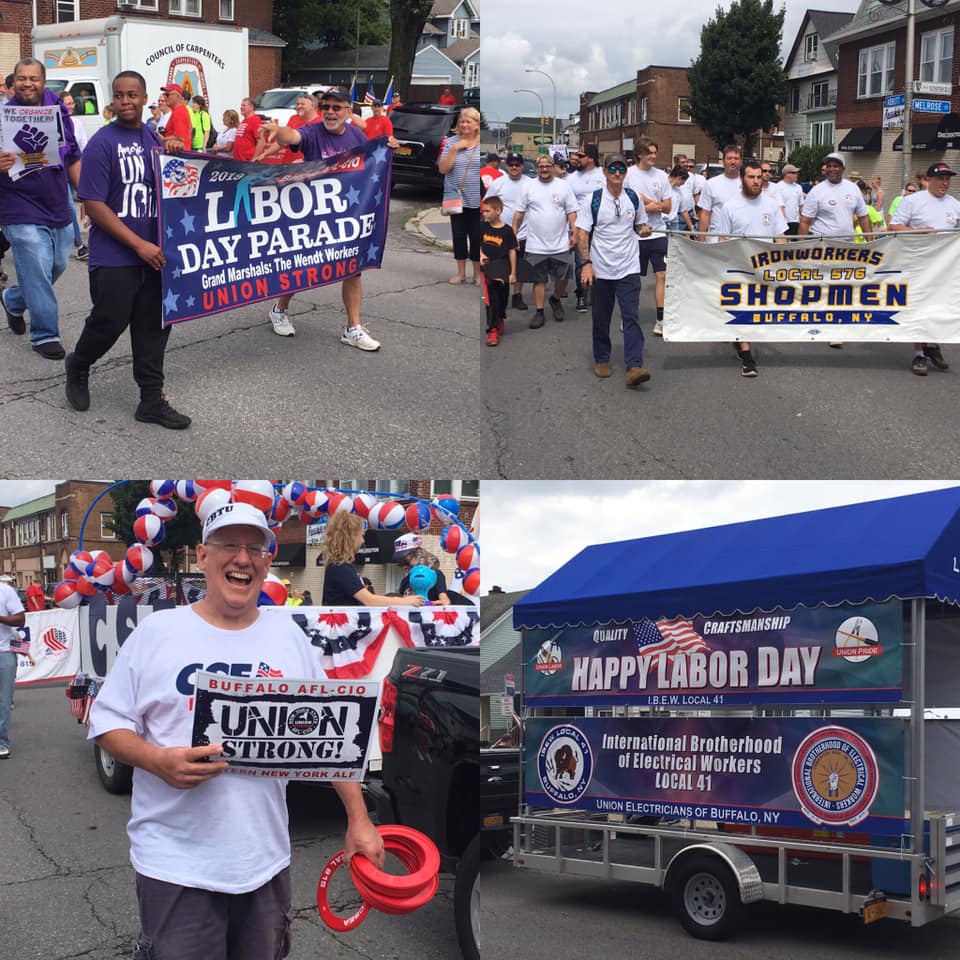 However, Leadership of the Buffalo Council, the WNYALF and the Niagara-Orleans AFL-CIO Central Labor Council are in discussions of reshaping the event that traditional draws tens of thousands along its South Buffalo parade route into a massive car caravan that would travel throughout all parts of the City of Buffalo and into nearby Niagara County.

“The decision (to cancel) ‘wasn’t our decision to make - COVID made that decision for us,’” Buffalo AFL-CIO Council President Denise Abbott told WNYLaborToday.com this week.  “The City ‘was not going to give out the permits we needed’ (to hold the parade), so we’re ‘focusing on creating a major event for that day with a (massive) car caravan that would travel to all parts of the city, featuring our Regional Union Affiliates, and up into Niagara County.’”

WNYALF President Richard Lipsitz told Your On-Line Labor Newspaper: “Of course we would ‘like to have’ our Labor Day Parade, but parades (sponsored by Organized Labor) are being cancelled this year because of the Coronavirus, including the one in New York City.  We thought a car caravan, to highlight the ‘dignity of work’ and ‘to honor’ our Front Line Workers - ‘as well as to highlight the struggle against racial discord, would be a great way to go.’”

While done with “great reluctance,” the Buffalo Labor Council and WNYALF announced its decision: “Due to “continuing concerns over the COVID-19 Pandemic and out of an abundance of caution.  We see no better way to keep ourselves and the general public safe from this horrendous disease.  Our entire region looks forward to celebrating the role of Working People in the economic and social life of our region.  The parade has become a living symbol of all that is positive in the Working Class.  We are looking forward to a bigger and even more significant event in 2021.”

“It will be ‘different’ this year, ‘but I hope more (Niagara and Orleans County Unions and their Members) will get fired up’ (about this idea of a car caravan collaboration),” Briggs told WNYLaborToday.com.

“By doing so, it will send a ‘tremendous message’ in regards to Organized Labor throughout Western New York.  Here, ‘we have maintained our (Union) density and it is up to us to speak the loudest for the need for Organized Labor as it relates to the survival of the Middle Class, regardless of what the current administration is doing to us in Washington, D.C.,’” Briggs said.

“You ‘do not have to belong to a Union to understand the difference between the Working Poor and the Middle Class.’  ‘There is only defense is Organized Labor - and that’s what Labor Unions demonstrate,’” he added.