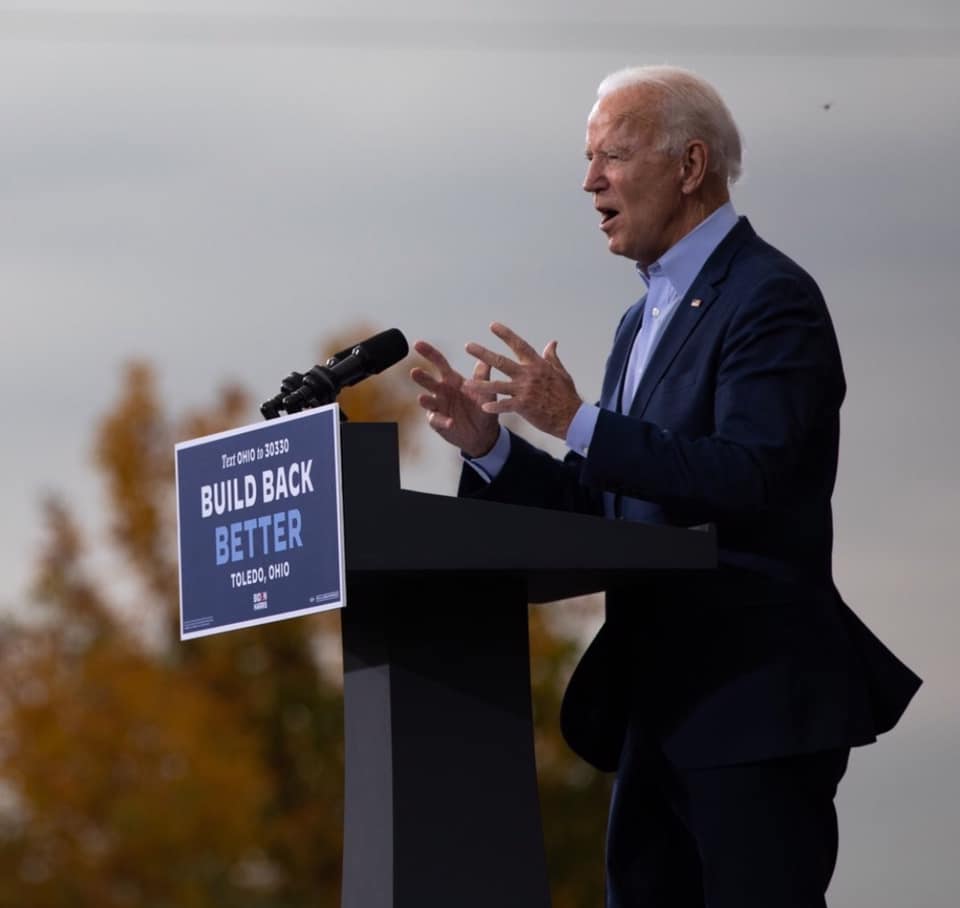 Biden presented details of a comprehensive agenda that he touted as the most aggressive government investment in the U.S. economy since World War II.

He also accused Trump of ignoring the Coronavirus Pandemic and the Climate Crisis while encouraging division amid a national reckoning with systemic racism.

“(Trump’s) failures ‘come with a terrible human cost and a deep economic toll,’” Biden said.  “Time and again, Working Families ‘are paying the price for this administration’s incompetence.’”

Biden’s shift to the economy meets Trump on turf the Republican President had seen as his strength before the pandemic severely curtailed consumer activity and drove unemployment to near-Great Depression levels.

Now, Biden believes the issue is an all-encompassing opening that gives Democrats avenues to attack Trump on multiple fronts while explaining their own governing vision for the country.

The former Vice President outlined proposals intended to reinvigorate the U.S. Manufacturing and Technology Sectors, calling for a $400 billion, four-year increase in government purchasing of U.S.-based goods and services, plus another $300 billion in new research and development in U.S. technology firms.

The procurement overhaul is based on ideas Biden has discussed with his former Presidential rival, U.S. Senator Elizabeth Warren, who offered similar proposals during the Democratic Primary.  Those moves would create five million new jobs, Biden said.

And his campaign pledged that those investments in domestic markets would come before Biden entered negotiations for any new International Trade Agreements.

His emphasis on manufacturing and Labor Policy is no coincidence: Biden wants to capitalize on his ties to Organized Labor and win back Working Class White Voters who fueled Trump’s upset win four years ago.