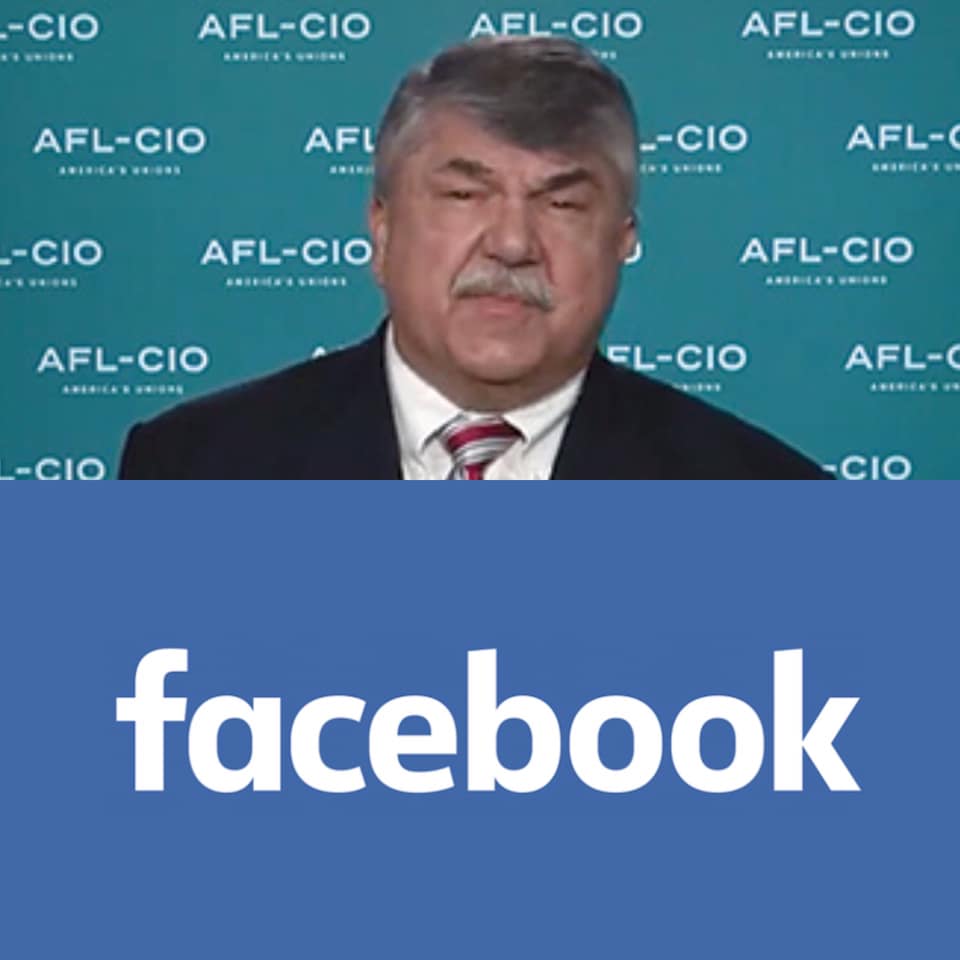 (WASHINGTON, D.C.) – Under heavy criticism for its unwillingness to eliminate hate speech from its platform, Facebook now is drawing the criticism from the National AFL-CIO for allowing employers to blacklist messages on its platform that contain the word “Unionize.”

Calling it “completely unacceptable” and “illegal,” National AFL-CIO President Richard Trumka issued a strongly worded condemnation of Facebook’s newest policy, stating: “Facebook relentlessly presents itself as a champion of free speech, yet here it is marketing itself as a way for corporations to suppress the speech of their Employees.”

On June 10th, 2020, Facebook hosted a presentation sharing a new tool on its Workplace Platform.

Employers censoring their Employees’ speech about Unionizing is illegal.

Facebook relentlessly presents itself as a champion of free speech, yet here it is marketing itself as a way for corporations to suppress the speech of their Employees.

In the face of the rising collective action against racial and economic injustice, this new tool from Facebook is perhaps unsurprising, but it is also completely unacceptable and illegal.

The AFL-CIO demands that Mark Zuckerberg personally apologize to Working People, pull this tool immediately and conduct a board-level investigation into how this product came into existence in the first place.

Furthermore, the AFL-CIO demands Facebook embrace Global Labor Rights Standards for all its 48,000 Workers and for its contractors who employ tens of thousands more.

That needs to start with committing to being neutral with respect to their Employees’ and contract Workers’ organizing efforts and recognizing their Unions when they can show a majority of their Co-Workers have signed Union Cards.

We need a full report on this and a full affirmation from Zuckerberg that Facebook will unequivocally support the right to organize and the right to free speech for all Workers.

To Directly Access This Labor News Story, Go To: https://labortribune.com/facebook-allowing-companies-to-blacklist-messages-using-word-unionize/?fbclid=IwAR2_odkcVOv0FfnwAz0ICaDJgn7yUoG18oKKAmrYjFz3dQ_5SyIKoupVfeo