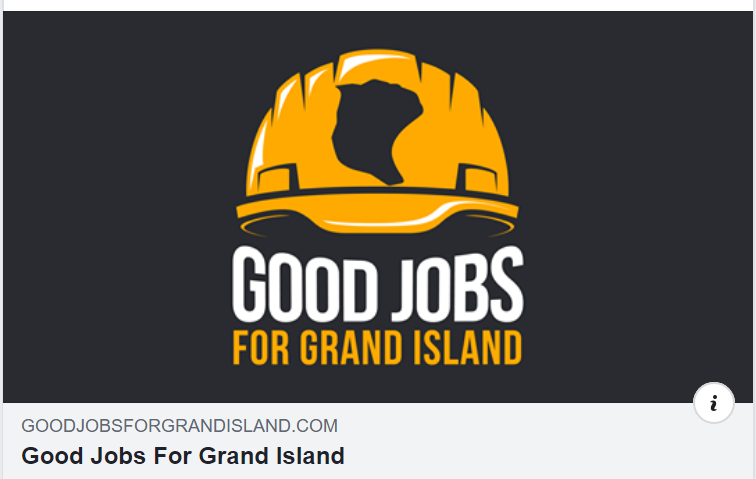 The Union unveiled a web site, radio commercials and a Social Media Campaign this week, dubbed Good Jobs for Grand Island (www.goodjobsforgrandisland.com/), which features a number of reasons why the massive on-line retailer should enter into a PLA with the local Unionized Building Trades, including Laborers Local 210.

At immediate stake at the so-designated Project Olive site - a total of 145 acres off Long Road - is a combined $100 million in site work and concrete work that would be done by Unionized Laborers, Sam Capitano, Special International Representatives at LIUNA - who also serves as President of Local 210 and as Business Manager at Upstate New York Laborer’s, told WNYLaborToday.com today (Friday, July 17th).

The effort was sparked by Capitano’s brother, Peter, who is Business Manager at Local 210.

It carries the support of several Buffalo Building & Construction Trades Unions - including International Union of Operating Engineers (IUOE) Local 17, which sent out a text blast in support of the Good Jobs for Grand Island effort and asked their Members and families to do the same.

The web site also features a field for comments to be sent to Grand Island Elected Officials (www.goodjobsforgrandisland.com/support) - and as of today, more than 1,000 have been sent, Capitano told Your On-Line Labor Newspaper.

“At Monday’s (Grand Island Town Board meeting), we’ll be presenting elected officials with copies of those e-mails, ‘which we anticipate will continue to increase from now until then,’” he said.

The public campaign was born out of a lack of response from Amazon, a notorious Anti-Union employer, and its site developer, which will oversee the development of anticipated five-story, almost four million-square-foot storage and distribution center that local officials say will create at least 1,000 area jobs and another good-paying 300 construction jobs.

However, Amazon is building a similar project in Syracuse, New York, Capitano says, where there is no PLA in place.

As a result, he says, Workers are being paid $15-an-hour, far below the Prevailing/Union Wage Rate.

While the concrete work there went Union, it was done by an out-of-town contractor and not a Union-represented company from the Syracuse area.

“We sent Amazon’s developer a letter on (May 1st) to ask for a meeting (to discuss a PLA on the Grand Island Project), ‘but did not hear back from them.’  After the Erie County Executive (Democrat Mark Poloncarz) and Grand Island Town Supervisor (Republican John Whitney) followed up on our invitation, Amazon responded.  Their representative said, ‘We don’t do PLAs.’  I answered, ‘But we do.’  (The Buffalo Building Trades) ‘have a great track record when it comes to PLAs and we told him that we could help get the entire community behind the effort (to make sure local Workers are hired on the project).  He told me ‘there would be plenty of opportunity for everyone.’  ‘But I’ve heard that before.’  ‘There’s no comfort in that.’  The Grand Island Town Supervisor, who is a Republican, has said he wants ‘local (construction) Workers working on the project and doesn’t want to see a ton of license plates on cars owned by gypsies (working on the project) from across the Nation in the parking lot,’” Capitano said.

While this story still has to be played out, it would seem LIUNA’s Good Jobs for Grand Island Campaign caught the attention of Amazon after it was unveiled earlier this week because Amazon’s attorney reached back out to local officials, Capitano added.