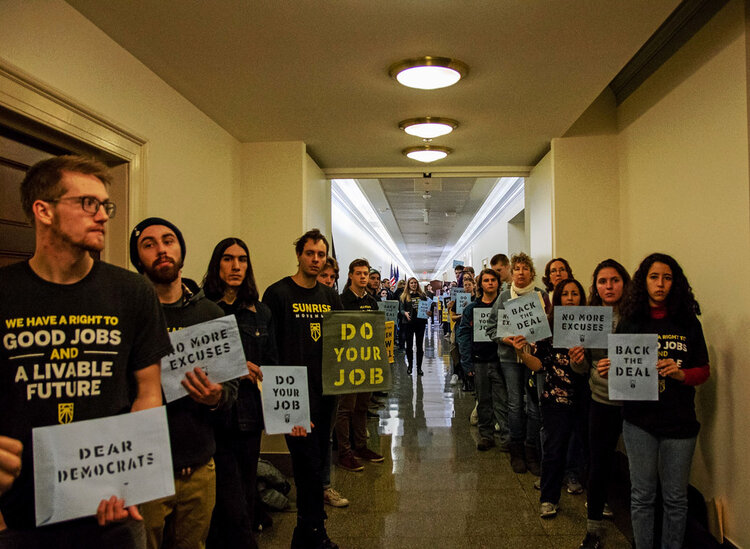 (CLEVELAND, OHIO) - A Worker employed by the progressive Climate Change Organization Sunrise Movement tells Strikewave he was fired for organizing a Union and that an Unfair Labor Practice (ULP) Charge has been filed with the National Labor Relations Board (NLRB).

Akshai Singh, A Regional Organizer based in Cleveland for Sunrise Movement, was fired on July 10th after their manager said he failed to meet performance standards.

“I was let go based on not being up to standards,” Singh said. “In reality, I was fired - not laid off.  It was clear based on the other Employees I talked to, that they were completely unaware of this.”

Singh alleges the firing was retaliation for their role in organizing Sunrise Movement Staff, with help from the Chicago and Regional Midwest Board of Workers United (CMRJB).

Singh filed a ULP with the NLRB after their alleged firing, arguing punishment for Union activity.

Federal Labor Law prohibits employers from discriminating or relating against an Employee for supporting a Union or engaging in Union activity.

“I (felt) like there was a lot of instances where it was clear I supported collective action at the workplace,” Singh said. “Looking back, it’s clear I was being tracked very closely and isolated on the job.”

Being fired, not laid off - the employee’s not eligible for Unemployment Insurance.

Sunrise had offered one month’s severance pay and agreed to continue health care benefits as the COVID-19 Pandemic continues.

However, Singh said that Sunrise did not extend those same benefits to their now-former domestic partner, despite it being “standard practice in non-profits” to do so.

Sunrise Movement responded to a request for comment and confirmed the firing, but declined to comment on the specifics of the situation.

A spokesperson for Sunrise said: “Should our Staff choose to Unionize, we would proudly and wholeheartedly support their right to do so,” and provided a link to a tweet from other Sunrise Staff commenting on the firing.

Since its 2017 founding, Sunrise Movement has made national headlines for engaging in high-profile actions, including a dramatic sit-in in House Speaker Nancy Pelosi’s Capitol Office supported by New York Representative Alexandria Ocasio-Cortez.

To Read This Labor Story In Its Entirety, Go To: www.thestrikewave.com/original-content/sunrise-fires-union-organizer?fbclid=IwAR0TjLCqNoZ2pxXAXXsUscCrD9V6Y7-W5dNbOJ_6lkRZYz_s382Mlo2Isws