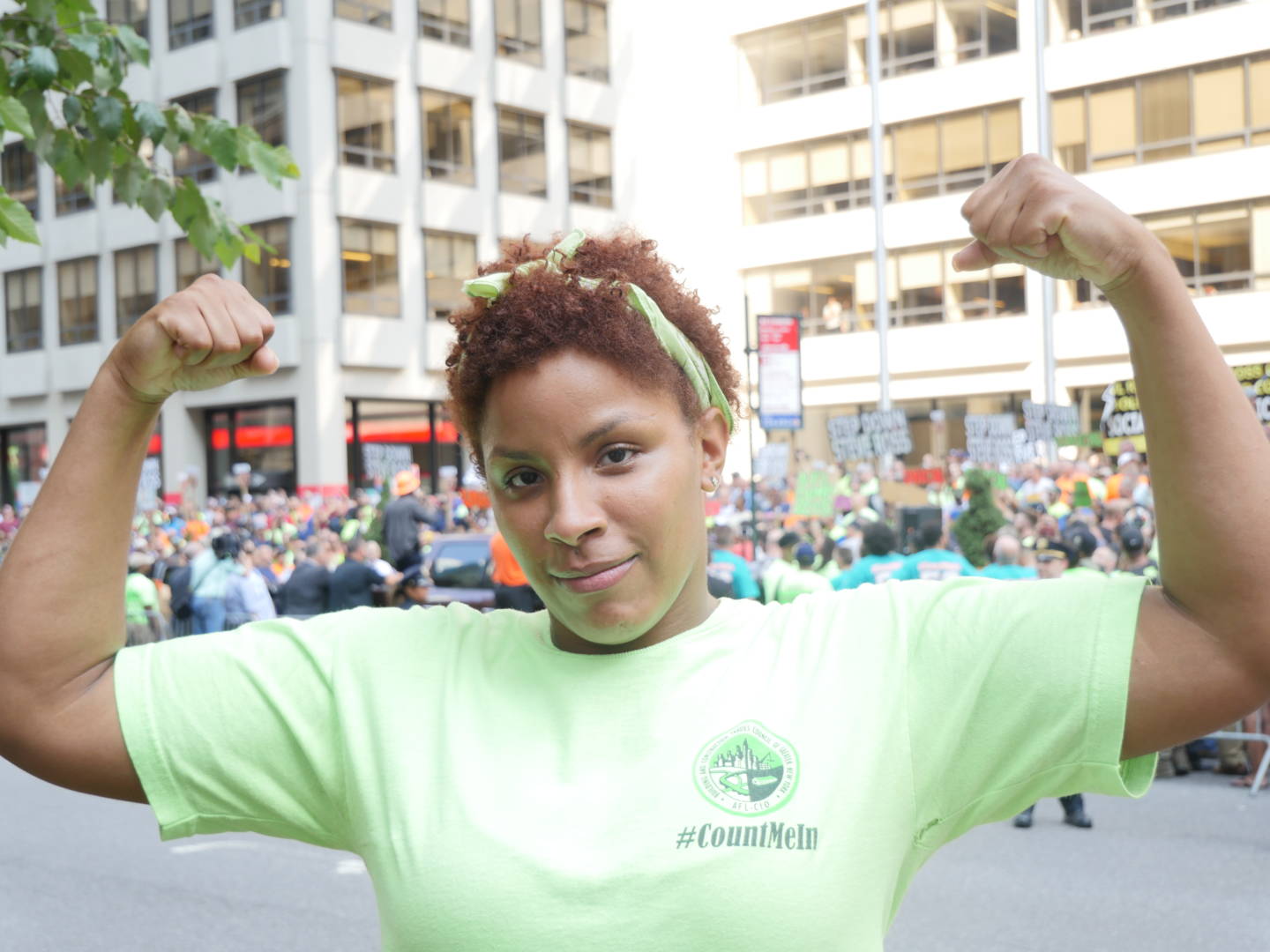 The company, based in Lynbrook, Long Island, also agreed to establish training, policies and disciplinary procedures to prevent sexual harassment, and to hire an independent monitor reporting back to James’ office for three years.

TradeOff agreed to the settlement while “expressly” denying the conclusions the Attorney General’s office drew from its investigation.

Those included that supervisors offered to put extra hours on at least five women’s timesheets in exchange for sex, that at least one supervisor regularly tried to grope women, and at least two texted them photos of their penises.

The company’s top management, the investigators said, “repeatedly intervened to protect the harassers and fire women who complained.”

At least 12 women were fired, the report said.

“I’m ‘really happy,’” says plaintiff Tierra Williams (Pictured Above/LaborPress Photo), a former TradeOff Worker who is now an Organizer with Laborers Local 79 - not so much for herself, she added, although she was fired after she complained about being harassed by a foreman on her job at Hudson Yards, but for the women she worked with.

“A lot of them ‘haven’t bounced back from being fired,’” she says. “A lot of them ‘like’ construction, ‘but don’t want to go back to that kind of situation.’”

“We ‘commend’ the Attorney General’s ‘leadership in fighting back against harassment and retaliation in construction,’” Robert Bonanza, the Business Manager for the Mason Tenders’ District Council of Greater New York and Long Island, said.

“Most ‘importantly, we thank the former Employees of TradeOff for their courage in coming forward to expose the horrific treatment they experienced while on the job,” Bonanza said.

The Union referred the women’s complaints to the Attorney General’s office in early 2018, he says, but “we’ve been working on TradeOff issues since about 2015.

“They’ve ‘got a long history of Labor violations and they exploit men too,’” he said.

To Continue Reading This Labor News Story, Go To: http://laborpress.org/notorious-nyc-body-shop-settles-sexual-harassment-suit-involving-18-female-construction-workers/