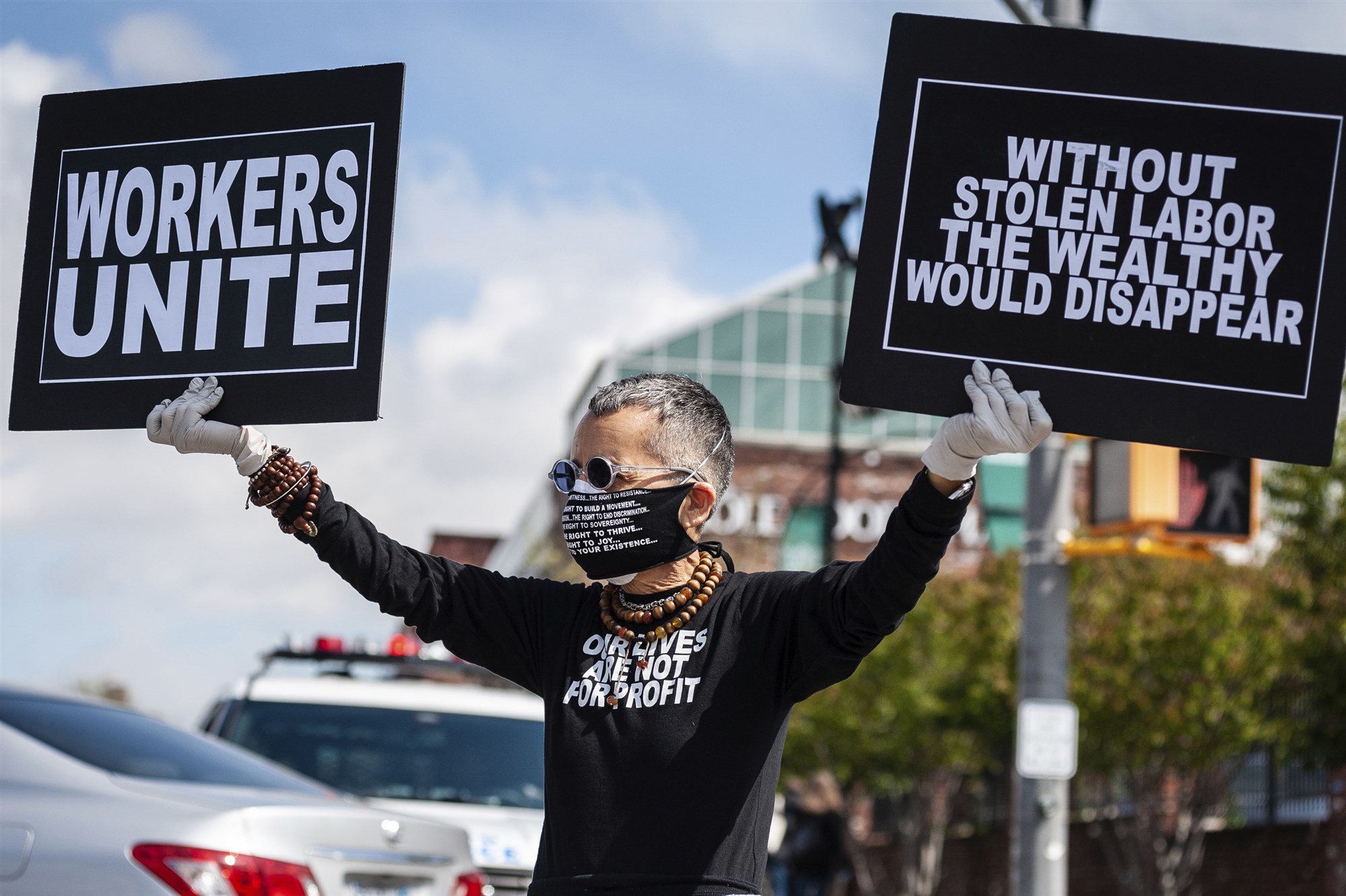 (STATEN ISLAND, NEW YORK) - Hope Gilmore, a Call Center Worker on Staten Island, New York, hasn't forgotten those bewildering early weeks of the coronavirus Pandemic when colleagues were getting sick, her employer didn't provide any masks or gloves and people used the elevator one at a time to socially distance.

But after being permitted to work from home after six people in her office contracted COVID-19, certain Workers are now being asked to return, Gilmore said, a worrying request that coincides with New York City tentatively rolling out a third re-opening phase, including businesses like nail salons and retail stores.

With people going back to work amid record Coronavirus cases in cities and states across the country, Workers such as Gilmore who were deemed "essential" at the beginning of the pandemic are again demanding protections and want state and local officials to put regulations in place that would sufficiently require employers to comply or face penalties.

"We ‘can't leave it up to each individual employer to do it - they're not going to,’" said Gilmore, who credits her Union, the Communications Workers of America (CWA) Local 1102, with pushing to get her workspace professionally cleaned.

Labor Rights Groups and Worker Advocates have supported proposals for an Essential Workers' "Bill of Rights," variations of which have been floated over the past few months, including on the Federal level by Democratic Senator Elizabeth Warren of Massachusetts and U.S. Representative Ro Khanna of California.

Various cities have been pushing for similar Worker safeguards.

In Philadelphia, a Whistle-Blower Bill proposed last month would make it illegal for employers to retaliate when Workers claiming unsafe conditions because of the Coronavirus don't come to work and make their grievances public.

Earlier in the pandemic, San Francisco passed Workers' Rights Legislation that required employers to provide Personal Protective Equipment (PPE), abide a no retaliation clause and adhere to other standards.

In New York City in May, the City Council held hearings on a package of bills that included protections for Essential Workers, including for Non-Salaried Employees at large companies and Paid Sick Leave for Gig Workers.

The Bill remains held up in committee.

Some Workers' Rights Advocates want Governor Andrew Cuomo, a Democrat, to issue an Executive Order supporting guidelines they dub the New York Health & Essential Rights Order, or NY HERO, which would create "enforceable standards and protocols that must be followed by businesses to protect all Workers."

That includes ensuring PPE, disinfection and deep cleaning of workplaces, and a prohibition on retaliation.

To Continue Reading This Labor News Story, Go To: www.nbcnews.com/news/us-news/what-happens-if-i-get-sick-again-essential-workers-seek-n1233327?fbclid=IwAR1kP1_Bo3SGxTojpVWIMUTnPaTD0H9XNr3TpG7N7Bn6tvmU32PXSDXGKYM