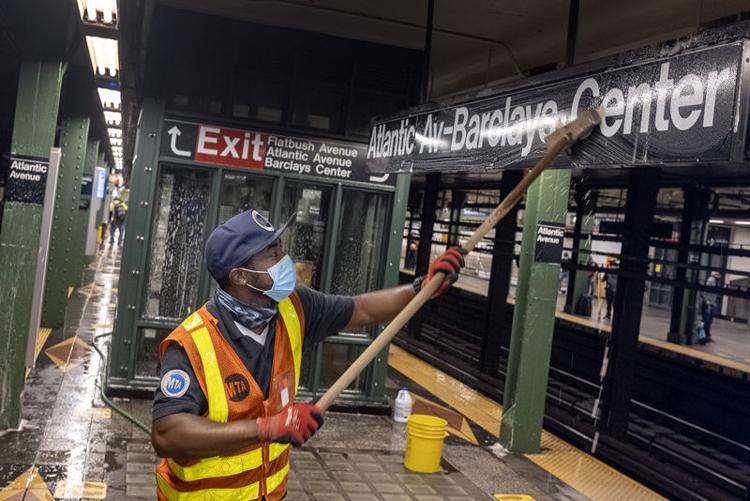 (NEW YORK CITY) - The Unions representing tens of thousands of Metropolitan Transportation Authority (MTA) Workers are blasting the findings of a consultant lauding the agency for its response to the COVID-19 Virus that has so far killed 132 of their colleagues, with one major Labor Leader terming it "revisionist history."

"The MTA took early, proactive, and decisive action to help reduce the risk of COVID-19 to Employees and riders, with demonstrated action prior to the first case of COVID-19 being confirmed in New York," according to a 38-page analysis from WSP, a Global-Management Consultant.

The analysis was the second part of a $100,000 project, which included a comparison of the practices employed by other transit agencies around the world to protect the health of their Employees and the public in the wake of the COVID-19 Pandemic.

WSP cited the MTA's "distributing face masks to Employees on March 27tj, 2020" ahead of the CDC's shift early the next month advising the public to wear them in all settings where maintaining six feet between people was not possible.

For several weeks, the CDC recommended against the general public using masks, insisting the top priority was protecting the existing inventory because of a critical shortage of Personal Protective Equipment (PPE) for Health Care Workers, First-\ Responders and patients.

The WSP said its report assessed MTA actions against "prevailing U.S. Public Health Guidance, and benchmarks them against other transit industry practices.  This review does not judge if or how MTA's actions could have reduced the loss of human life."

But John Samuelsen, the President of the Transport Workers Union of America (TWUA) and an MTA Board Member, dismissed the report as "revisionist history."

TWU Local 100 President Tony Utano said in a statement: "The MTA is using high-paid consultants to rewrite history and whitewash its own failings, but Transit Workers who saw more than 130 of their Co-Workers die know the sordid and painful truth.  The MTA failed its Employees.  Not only was the MTA late to provide masks, it initially told Workers they couldn't wear their own masks, outrageously saying it wasn't part of the official uniform."

Michael Carrube, the President of the Subway Surface Supervisors Association, which lost a dozen members to the virus, said the best way for the transit agency to determine the quality of its COVID response was by surveying its Front Line Employees.

Noting in a phone interview that he was an early advocate on the subject, Carrube said: "I said to Transit, we should all be issued masks because we could be asymptomatic (with COVID) but still be passing it on.  But they did not listen to us."

To Continue Reading This Labor News Story, Go To: https://thechiefleader.com/news/news_of_the_week/unions-blast-mta-consultants-virus-report-as-whitewash-of-its-failings/article_dafe9bde-c2f2-11ea-99ba-a74884cecf95.html